Home » World News » How are the UK's territories dealing with the coronavirus?

Gibraltar and the Falklands do not have much in common, except a connection to Britain and their coronavirus lockdowns. 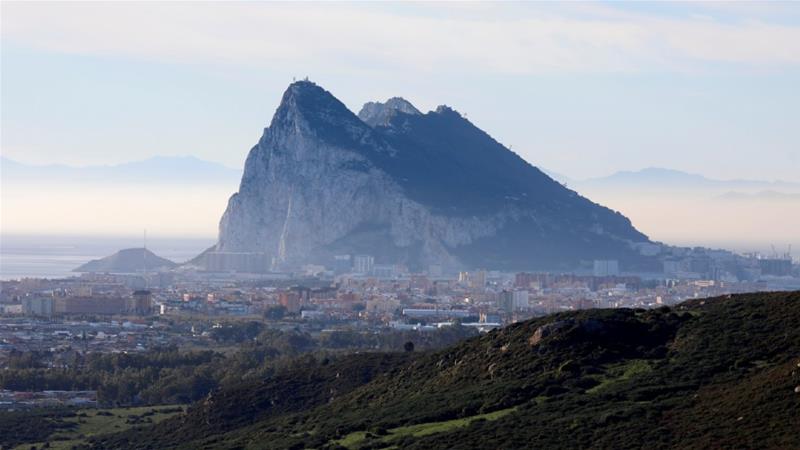 They sit some 7,000 miles (11,000 kilometres) apart, but are bound together by their shared political status.

Yet, today, as thousands worldwide lose their lives having contracted coronavirus, the British overseas territories of the Falkland Islands and Gibraltar are also sharing the struggle against a deadly global pandemic.

These mere dots on the map are arguably the best known of the United Kingdom’s far-flung possessions by virtue of the bitter rival claims – to the Falklands from Argentina, and to Gibraltar from Spain. But despite their global obscurity, neither territory has escaped one of the greatest peacetime crises in living memory.

“I’ve got bookings for April and May made last year and it’s all been cancelled, completely cancelled,” lamented tour guide John Lopez from his home in Gibraltar, located on the southern end of the Iberian Peninsula, where, like the territory’s 34,000 other residents, he is living in lockdown. “I had them – and now I don’t.”

The Gibraltar Rock Tours owner described his current predicament as “painful”. He told Al Jazeera that the territory – known as the Rock on account of its position atop a tall mass of limestone – today resembled a “ghost town” as the current lack of cruise ships, bused-in tourists and flights made for frustrating and very glaring, absences.

At 2.6 square miles (6.8 square km), the self-governing territory, which relies on tourism for about 30 percent of its gross domestic product or GDP, has been ruled by Britain since 1713. But Madrid continues to claim sovereignty over the rocky outcrop, which has managed to avoid the scale of the cases suffered by neighbouring Spain – where more than 20,000 people have lost their lives to the pandemic.

The Rock has 12 active coronavirus cases, with 120 residents having recovered from the virus. But Gibraltar’s health minister, Paul Balban, said he expected a “surge” in patients presenting with the illness.

Yet despite their limited number of cases and no deaths, many Gibraltans remain painfully aware of the continuing travails of the UK.

William Wright opened a restaurant in Gibraltar last year. Forced to suspend trading because of the coronavirus, he told Al Jazeera that the UK’s 16,000-plus deaths resonated greatly with him and many others there.

“We have a lot of English expats here,” said the owner of Vault 13, who added that he had received financial support from the Gibraltar government during the lockdown. “My mum is English, my girlfriend is English – and is in Sheffield [in northern England] right now, and I worry for her. I’ve got family in England so it’s very close to home for me.”

Half a world away

Lying in the even more remote South Atlantic, 945 miles (1,521 km) off the coast of Argentina, are the Falkland Islands – population just 3,000.

The archipelago was thrust into the headlines in April 1982 when Argentina invaded the Falklands, claiming sovereignty over the tiny territory. The move led to a brief but bloody conflict as then-UK Prime Minister Margaret Thatcher dispatched British troops to reclaim the islands from Argentina’s military military government, which was forced to surrender just two months later. The conflict cost more than 900 lives.

Nearly 40 years on and the Falklands – known by Argentina as the Malvinas – are also in a coronavirus lockdown. At least 11 islanders are known to have tested positive for the virus at Britain’s military base on the ocean territory. But residents are bracing themselves for the contagion to start appearing among the populace.

“The worst-case scenario that [authorities] are working on is that we could lose 50-60 people, which is just utterly terrifying,” said Falkland Islands native Roxanne King-Clark, speaking to Al Jazeera from her home in the capital Stanley.

King-Clark said despite the sparsely populated territory’s remote location, Falklanders were waiting for the virus to “come into the civilian population”. 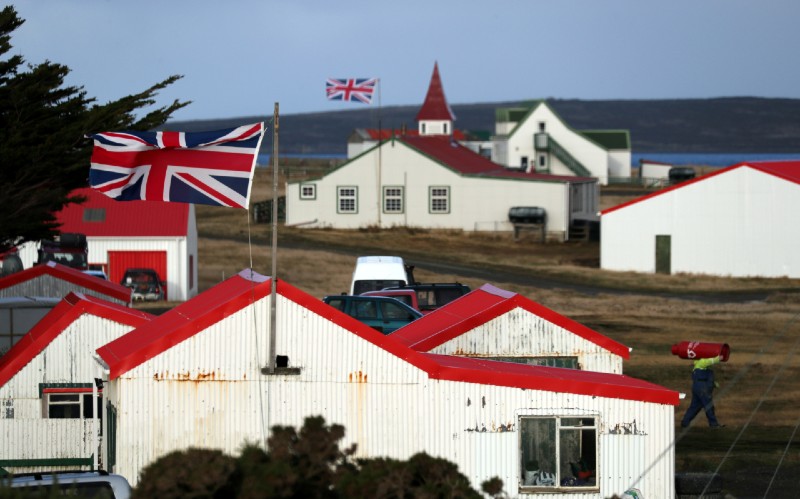 With the Falklands effectively cut off from the outside world because of the virus, she added that islanders had been taking extra precautions to make sure that no one put any unnecessary strain on the archipelago’s medical facilities.

“If someone was to get seriously injured or ill then they would be treated here, unless it’s life-threatening and far beyond the local hospital’s capabilities,” she explained. “[In this case and before the coronavirus] a medevac flight would [have] come from Uruguay specifically for them. With this in mind people have, generally, been extra careful to not get injured and sports clubs stopped operating long before we had our first confirmed COVID-19 case.”

But the animosity between Argentina and the Falklands, which, in a 2013 sovereignty referendum, voted overwhelmingly to remain a UK territory, continues to fester.

Last month, the Argentine government offered support to Falklanders during the crisis and has even counted the territories’ confirmed cases within its own figures.

Stacy Bragger, a member of the Legislative Assembly for the Falkland Islands, said “it was up to [Argentina] to explain” both moves, which many islanders have described as political.

“As with the offer of assistance, it’s coming from their sovereignty argument,” he added to Al Jazeera of the attempt by the South American nation, which has lost 136 people to the virus, to statistically include the islands as their own. “It’s disappointing that they’ve chosen to politicise an incredibly serious and tragic set of circumstances.”

Back on the Rock, residents are also facing the consequences of continuing isolation. While Lopez remains gravely concerned about the future of his tour business, Wright is trying to stay positive despite his venture being less than a year old.

“The last thing you expect is a global pandemic closing your restaurant,” he said. “That’s not something you enter into your business plan.”