Skywatchers with big coats and a bit of patience can expect to see some shooting stars in the sky this week, thanks to good conditions for the Leonid meteor shower.

The annual meteor shower is expected to peak overnight Monday and into early Tuesday, with 10-15 meteors streaking across the sky per hour, according to NASA. The show is expected to run until the end of month, although fewer “stars” will be visible after this week’s peak.

Viewing conditions will be particularly good this week because the moon is just a sliver in the night sky, according to the International Meteor Organization.

The Leonids are known for occasionally producing spectacular meteor storms of more than 1,000 per hour, although stargazers haven’t seen a super-charged show like that since 2002.

The best way to catch this year’s event is to head outside after midnight local time, provided the sky is clear of clouds. NASA recommends bundling up, facing east and then lying on your back so you can look up at the sky.

It takes most people about 30 minutes for their eyes to adapt to the dark, at which point you should be attuned to the sky and the flicker of meteors.

“Be patient,” NASA says. “The show will last until dawn, so you have plenty of time to catch a glimpse.”

The meteor shower gets its name for Leo, the constellation through which the meteors seem to pass.

The meteors are actually bits of comet dust left behind by Comet 55P/Tempel-Tuttle, which orbits the sun on a 33-year loop. Dust from the comet burns up in Earth’s atmosphere, creating pinpoints of light that we call shooting stars. 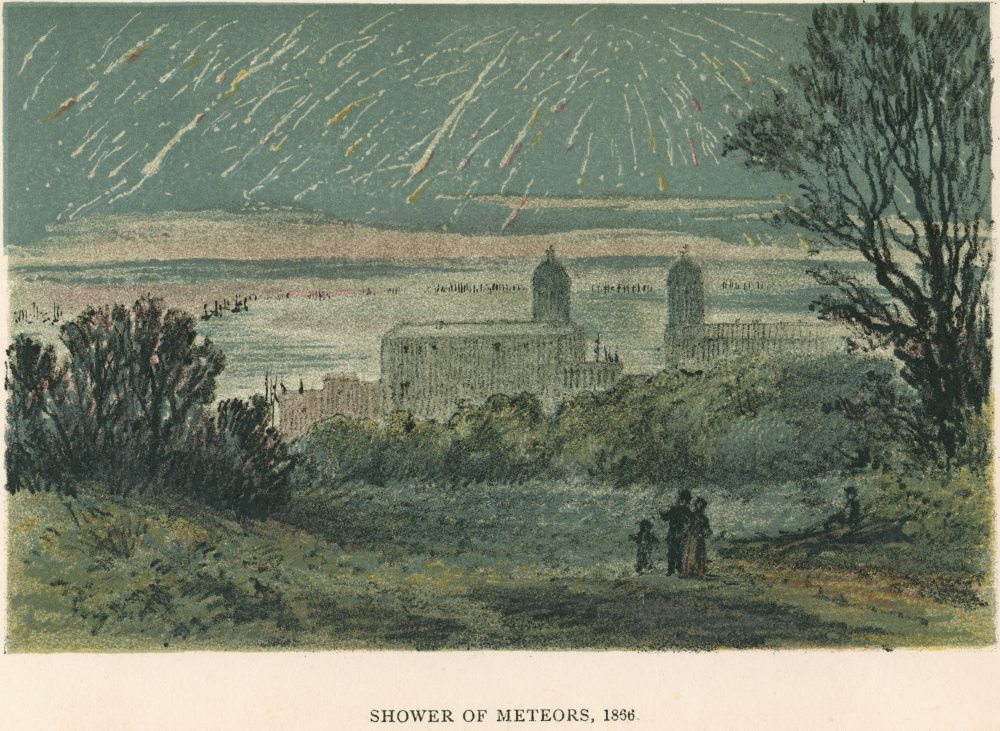 Stargazers who miss the Leonids will get another chance to catch a meteor shower next month.

The Geminid meteor shower occurs every December, and is said to be the strongest meteor shower of the year, according to the International Meteor Organization. The meteors are bright and slow, and this year’s event will occur while the moon is virtually invisible, making it much easier to see other objects in the sky.

The Geminids are slated to peak overnight from Dec. 13-14.