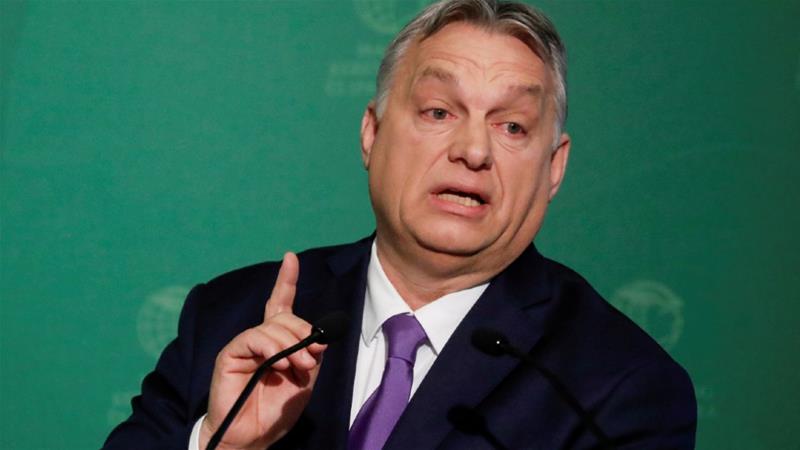 Hungary aims to lift a state of emergency spurred by the coronavirus crisis on June 20, its justice minister has said, as the government prepared a bill ending the power to rule by a decree which drew international condemnation.

An anti-coronavirus defence bill adopted on March 30 by the Hungarian parliament enabled right-wing nationalist Prime Minister Viktor Orban to rule by decree until his cabinet declared an end to its “state of danger” declared on March 11 owing to the COVID-19 crisis.

Orban had argued that ruling by decree allowed him to respond quickly and effectively during the emergency.

Orban said on Tuesday that Parliament could at any time cancel the special powers to manage the country without parliament’s consent, which he said were necessary to curb the coronavirus pandemic and its economic fallout.

Asked to clarify whether that meant the special powers would also end on June 20 in addition to the standard state of emergency invoked to tackle a crisis, government spokesman Zoltan Kovacs said the two “by definition go hand in hand”.

Justice Minister Judit Varga, announcing the June 20 target for lifting the emergency in a Facebook post, described the international criticism as “unfounded attacks”. She added: “We expect [our critics] to apologise for waging a smear campaign instead of cooperating on defence [against the coronavirus].”

Parliament, dominated by Orban’s Fidesz party, was expected to vote to rescind his emergency powers in the coming weeks.

Hungary reported a total of 3,771 coronavirus cases and 499 deaths as of Tuesday, fairly low numbers compared with other European Union countries due to an early and strict lockdown, which the government has been gradually easing since early May.

Orban’s power to rule by decree continued with parliament in session. His latest decree stipulated government approval for major foreign stakes in domestic firms until the end of 2020.

Orban, who has extended his influence over many walks of life in the central European country during his 10 years in power, faces his toughest challenge as the economy is expected to slide into a coronavirus-induced recession this year.