SANTIAGO/MEXICO CITY (Reuters) – In the usually bustling streets of the downtown Santiago this week, Chilean great-grandmother Luz Maria Rios was ignoring a coronavirus quarantine and risking her health to sell Easter eggs. 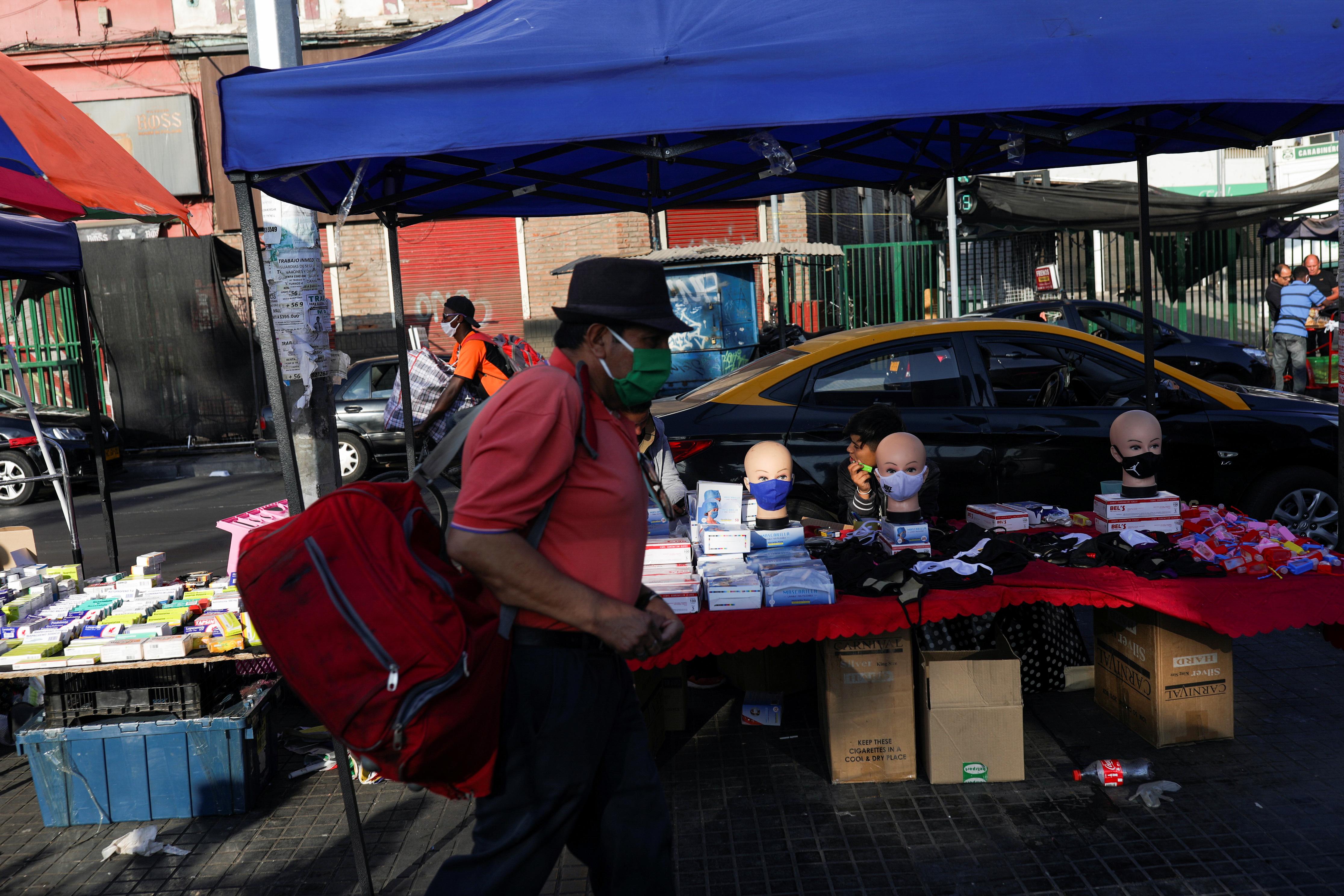 For hours, she saw no customers. “I’ll sell what God wants,” the 76-year-old said with a shrug, gazing down the almost empty pavement.

It is a scene repeated across Latin America where street vendors defy widespread quarantines to try to eke out a living in almost empty cityscapes.

The pandemic, which has tallied more than 1.5 million infections globally and more than 89,000 deaths, is entering its second month ravaging Latin America, claiming more than 1,300 lives in Brazil, Mexico, Peru and Chile alone.

More than half of those employed in Latin America work informally, according to the International Labour Organisation.

Now, with their customer base suddenly shrunk, the returns for informal sellers are diminishing too. They have few or none of the safety nets that those working in the formal sector can fall back on.

Among them is Matias Maximo, 24, who has sold roasted yams and bananas on the streets of Mexico City for the past three years, with an income of up to 600 pesos ($ 25) per day.

Now, he told Reuters, those earnings have been halved, and he is terrified of getting sick because it would mean he couldn’t make even that.

“If I don’t go out, how am I going to get to eat?” said the 24-year-old, whose five brothers are also peddlers.

More than half of Mexico’s active population is employed in the informal sector, according to the statistics agency INEGI, generating 22.5% of its 2018 gross domestic product.

Government support is patchy. The leader of an association of 5,000 street vendors in Mexico City’s historic center said that it would provide a 6,000 peso ($250) grant to vendors to encourage them to stay home.

“In these times, we can’t leave them alone,” said Alejandra Barrios, head of the Legitimate Civic Trade Association.

The Economic Commission for Latin America and the Caribbean (ECLAC) estimates a contraction of 1.8% in the region’s GDP, which would push up unemployment by 10 percentage points.

The ILO said the current crisis was laying bare the risks of a shift from employment to self-employment.

“The increase in growth in the informal sector versus a reduction in salaried private sector employment is a sign of how precarious employment is becoming in Latin America,” it said in a report released in February.

Adela Charco, a 61-year-old woman, lives in the sandy shantytown of Villa El Salvador in Lima. She told Reuters last week she was abiding by the quarantine and instead trying to find customers whose shoes she could mend at home.

“Previously I had tuberculosis and now I am afraid to go out in case it makes my health worse. I don’t know what to do … my situation is quite critical,” she said.

In Peru, many poor families do not receive government aid because of significant red tape and a lack of proper documentation.

In Chile, the government announced the creation this week of a $2 billion fund to mainly support the informal workers who do not have access to unemployment insurance and as such fell through the cracks of previously announced measures. The requirements for receiving the benefit are not yet clear.

This week, street sellers were among more than 500 people rounded up in police and military sweeps for violating strict quarantines in the Chilean metropolitan region. 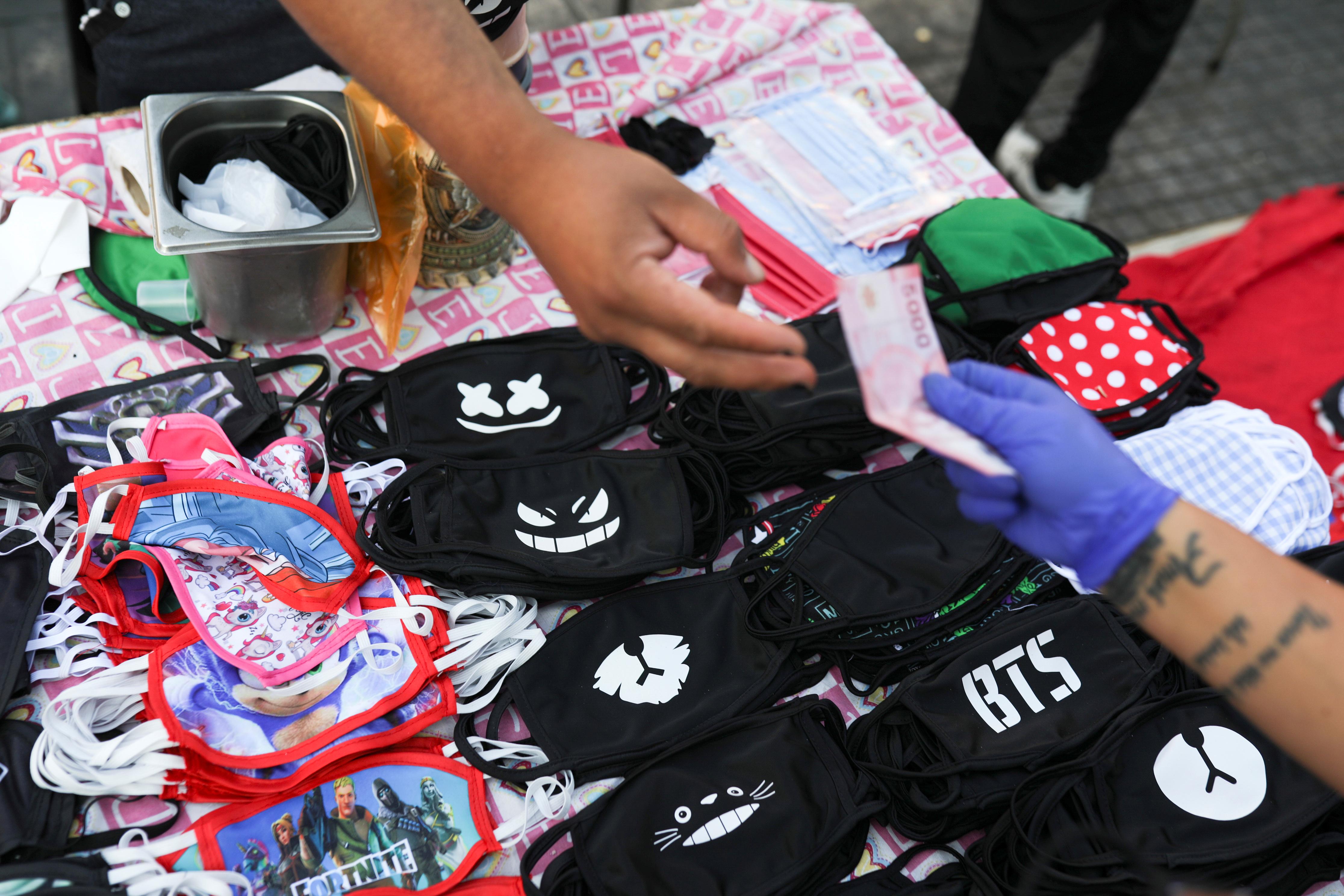 Mary Estela Mamani, a single mother and taxi driver in the Bolivian capital La Paz, has gone for weeks without a fare. She said people were simply trying to survive.

“As a mother it is painful because you open your refrigerator and you see it empty,” she said.

“Many women have several children and been abandoned by their partners. I wonder how will they manage if I am suffering from hunger, and how bad is this going to get?”