Two dangerous storms are currently churning around the world – starting hurricane season early this year. There are storm warnings in place across the southeastern United States and India, as storms track towards the warning areas.

Tropical Storm Arthur is the first named storm of the Atlantic hurricane season, and is being closely monitored by forecasters from the National Hurricane Centre (NHC) and local meteorologists.

Elsewhere in the Bay of Bengal, the first named storm of the Pacific hurricane season – Cyclone Amphan – was recorded as intensifying by 110 mph in just 36 hours.

Meteorologist Alex Lamers said on Twitter: “That would certainly put it in a rare class of rapid intensification events globally.” Below are details of both weather systems, the latest satellite images and maps. 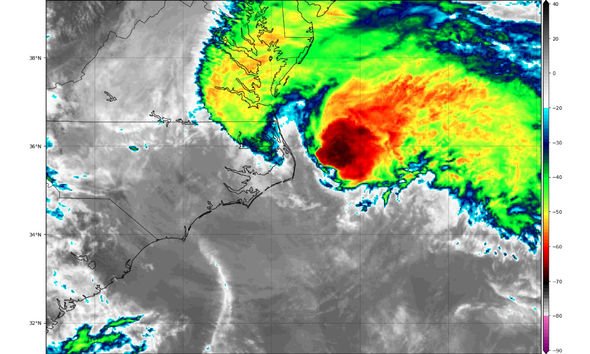 Tropical storm Arthur is the first named storm of the season, and is tracking close to eastern North Carolina and southeastern Virginia, where it is forecast to bring rain and gusty winds on Monday.

As of the latest National Hurricane Centre (NHC) update, Arthur was centered around 55 miles east-northeast of Cape Hatteras, North Carolina, and is moving to the northeast at a rate of 16mph.

The NHC reports maximum sustained winds are near 50mph with higher gusts. 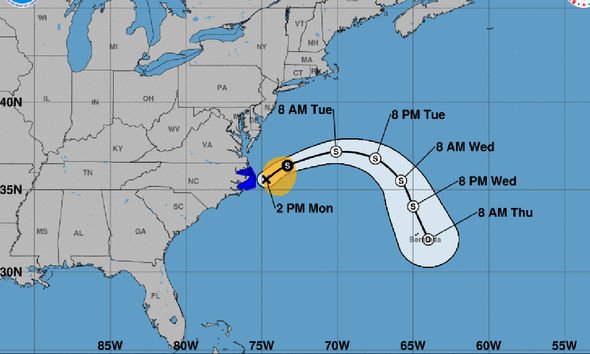 While some strengthening is forecast during the next 24 hours, Arthur is likely to lose its tropical characteristics late tonight or Tuesday.

A tropical storm warning has been issued in eastern North Carolina, and rough surf and dangerous rip currents along much of the southeastern US coast.

Governor Roy Cooper said in a press release issued on Sunday: “Everyone in our coastal areas should remain aware and cautious as Arthur brushes our coast on Monday.

“Pay close attention to the forecast and don’t take chance in dangerous surf.”

Hurricane season officially begins on June 1, and as the first named storm of the season, Arthur has made 2020 the sixth straight hurricane season which has started early.

Tropical Cyclone Amphan is currently tracking across the Northwest Pacific Ocean at a rate of 6.9mph (six knots) over the past six hours.

Amphan has strengthened with winds reaching or 160 mph, the equivalent to a super typhoon or a category 5 Atlantic hurricane. 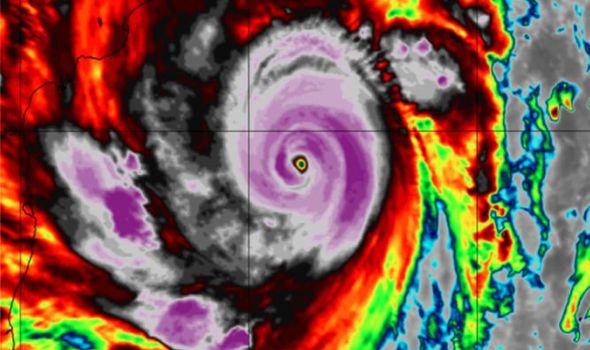 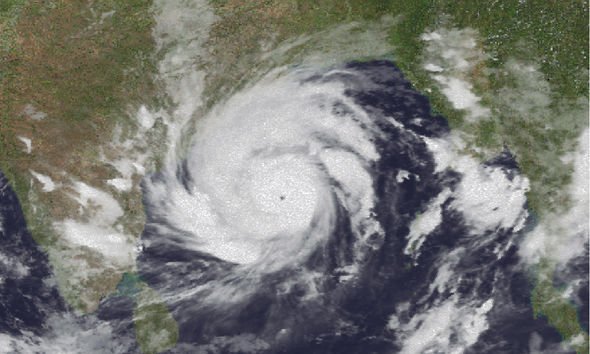 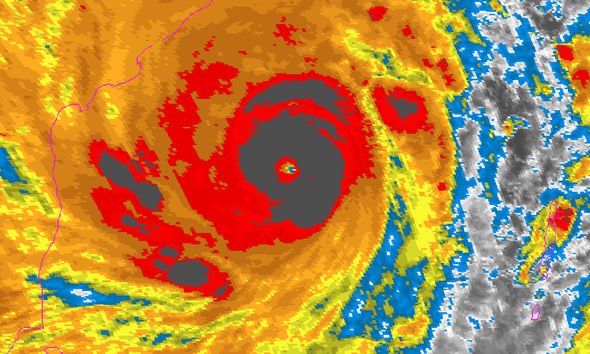 The track of landfall is predicted around the Ganges River Delta and could be life threatening for millions in northeast India and Bangladesh.

The Indian state of Odisha has issued high alerts for 12 coastal districts and neighboring West Bengal, which is located on India’s border with Bangladesh, has sounded a cyclone alert in its six coastal districts.

This includes Kolkata, which is one of India’s most densely populated cities with more than 4.4 million inhabitants.

According to the Joint Typhoon Warning Centre (JTWC) animated enhanced infrared satellite imagery shows an expansive system, spanning 600NM across, which has continued to consolidate with super-dense, deep and symmetrical central convection.

The JTWC also reports the cyclone has maintained a sharply outlined 11.5-mile wide round eye.

The JTWC forecast Amphan will continue to track “generally northward in the Bay of Bengal along the Western Periphery of the near-equatorial ridge to the East”.