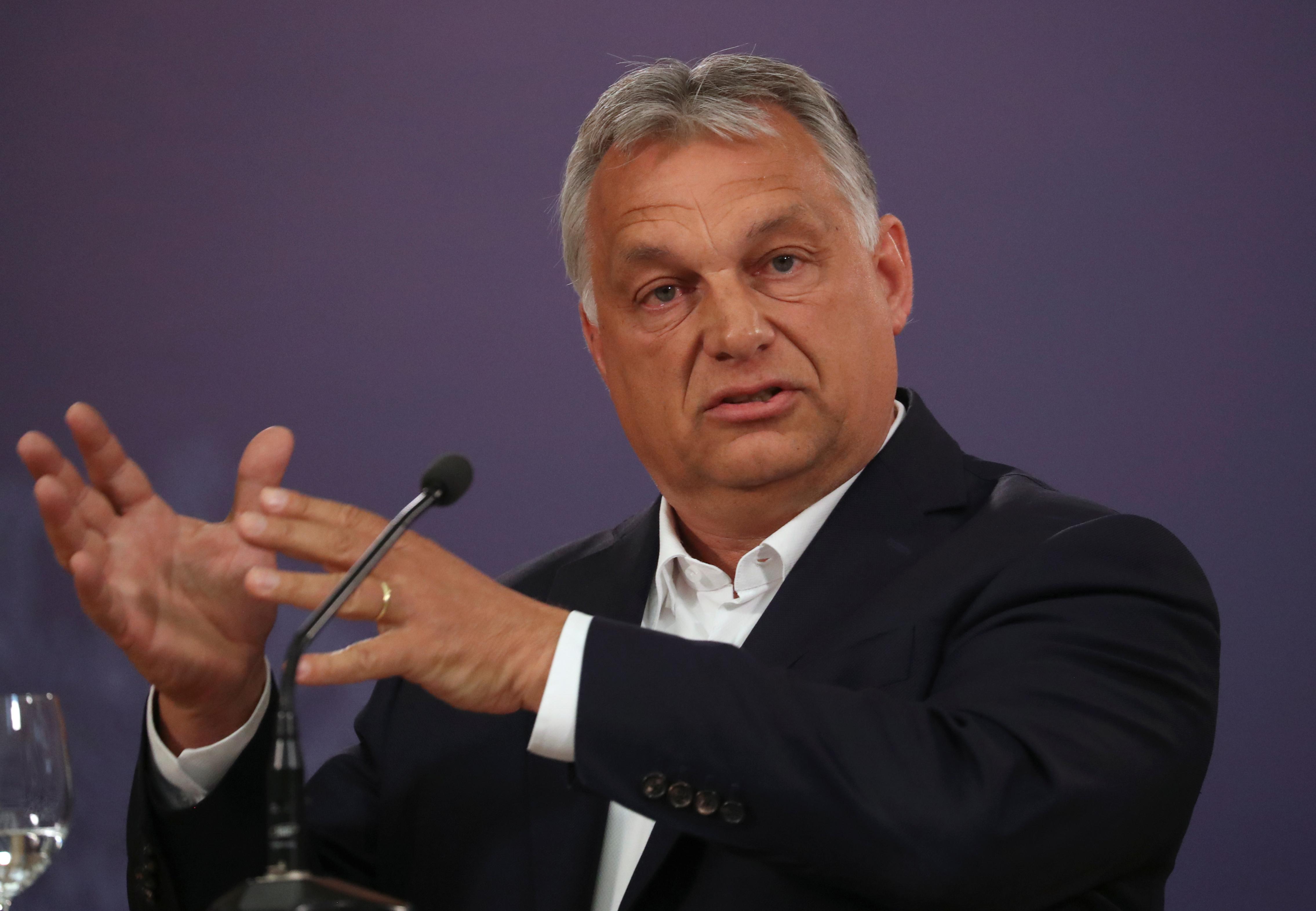 Parliament granted Orban the right in March to rule by decree indefinitely to fight the pandemic. The law has triggered criticism from opposition parties, rights groups and Europe’s main rights forum, the Council of Europe.

“We expect the government will be able to return the special powers to tackle the coronavirus pandemic to parliament at the end of May,” an announcement on Orban’s Facebook page read.

After meeting his Serbian counterpart Aleksandar Vucic in Belgrade, Orban said this would “give a chance to everyone to apologise to Hungary for the unjust accusations”.

“There was no basis for the criticisms,” he added, “and once they apologise, we also expect their admiration for the success of Hungary’s defence (against the virus),” he said.

So far, Hungary has confimed 3,417 coronavirus infections and 442 deaths.

Orban and his ruling Fidesz party have been repeatedly accused in the past by rights watchdogs and members of the opposition of abuses of power and of putting pressure on media to give more loyal coverage, accusations that they deny.

Serbia this month ended its own state of emergency designed to curb the coronavirus, which had meant the closure of borders and airports, a curfew and restrictions on movement: at weekends and holidays for most, and all week long for the elderly.

Opposition groups and rights watchdogs in Serbia have also accused Vucic and the ruling coalition led by his Progressive Party, which faces an election on June 21, of a heavy-handed approach to the pandemic.

So far, Serbia, a candidate for EU membership, has confirmed 10,374 infections and 224 deaths among its 7 million people.

Vucic, a nationalist firebrand during the Balkan wars of the 1990s who later adopted a pro-European agenda, dismissed international criticism of Orban’s emergency powers.

“And so I’ll ‘have to appear’ before some liberal-left or anarcho-leftist circles … and some newspapers to criticise our Hungarian friends,” Vucic said. “That won’t happen.”

Last week, in its annual report, the Freedom House rights watchdog accused Serbia and Hungary of leaving “the group of democracies entirely”.