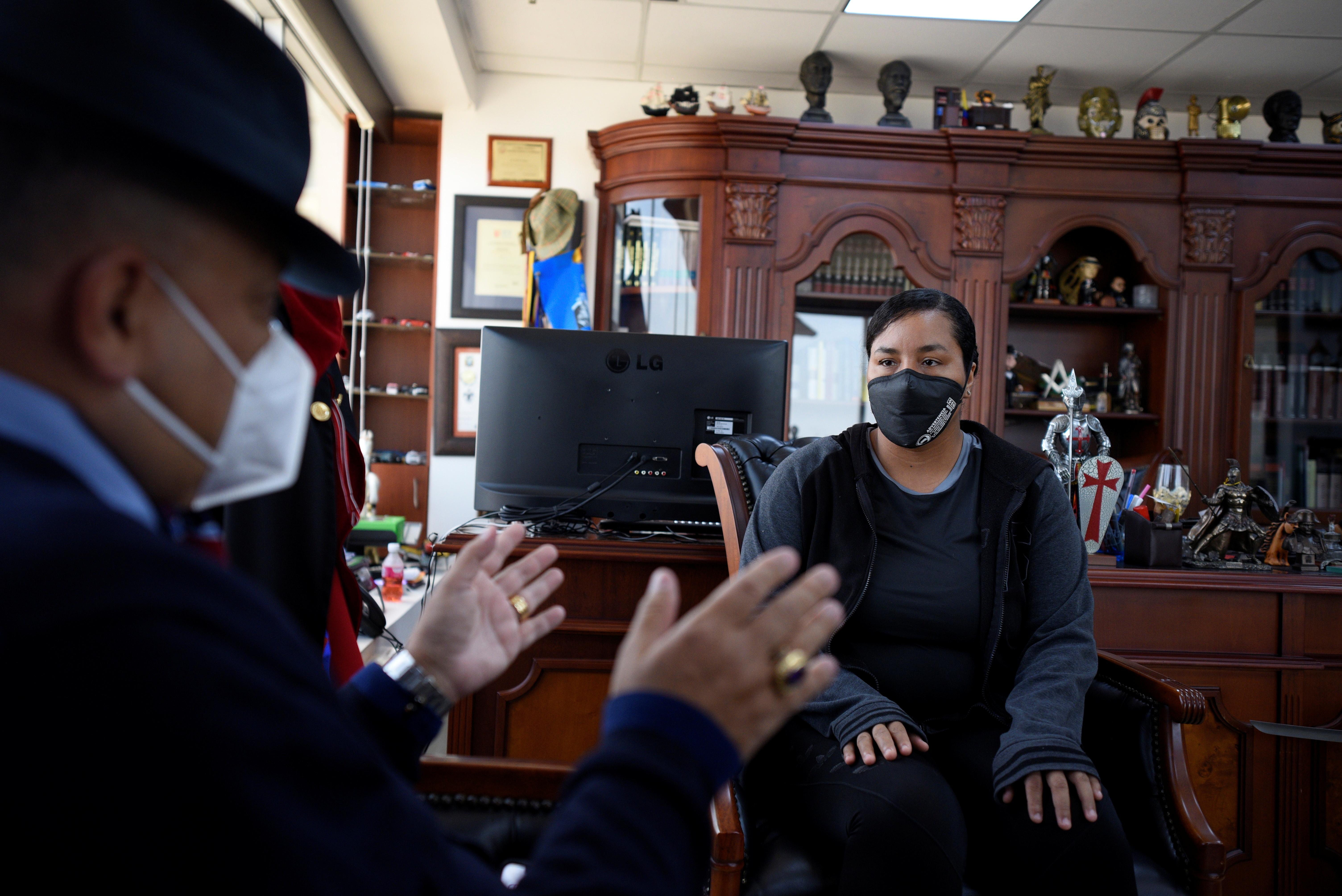 Now, in a desperate last attempt to find him, she hopes to catch a glimpse of a scar on his chest that would set him apart from the dozens of other decomposing corpses in a newly-filled shipping container.

Like other families looking for their loved ones in the coastal city ravaged by the coronavirus, Centeno is praying the body of her 63-year-old father is among the more than 130 bodies that authorities say they are holding in such containers, awaiting identification.

Guayaquil in March and April faced a brutal outbreak of the virus that left bodies piling up in overwhelmed hospitals and corpses sitting for days in houses before authorities came to retrieve them, as morgues overflowed.

The government established a task force to collect cadavers and deployed the containers to store the mounting bodies.

But the chaos gave way to disorganization. Bodies were lost or misidentified, resulting in families looking for loved ones in morgues, hospitals and now, shipping containers, across the city.

Experts have so far identified 64 corpses through fingerprint recognition. They are also relying on family identification and more time-intensive genetic testing, according to Mario Corrales, the head of Ecuador’s Forensic Sciences Criminalistics Laboratory.

Centeno’s father passed away in late March, hours after being admitted to one of the city’s public hospitals with respiratory problems. There was no paper trail to identify what happened to him after he was admitted, said Centeno.

Forensic experts asked Centeno if her father had any identifying scars, Centeno said. “He had two, the largest from an open heart operation and the other from hernia surgery.”

Interior Minister Maria Paula Romo told reporters on Monday that the government was working with a team of forensic doctors and scientists to identify the bodies “and to be able to give an answer to every last family that went through this unfortunate situation.”

“Every day progress is made on this issue, little by little,” she said.

Ecuador has officially reported over 37,000 coronavirus cases and more than 3,000 deaths, but authorities acknowledge both figures are likely significant underestimates due to a lack of testing.

Jorge Wated, the head of the task force responsible for collecting the deceased, said on Twitter on May 2 there were over 8,200 more deaths than would normally be projected in the province of Guayas, where Guayaquil is located, during April alone.

Wated did not respond to a request for comment for this story.

Ecuadorian President Lenin Moreno dissolved the task force in early May as the death toll stabilized.

The country’s attorney general has since launched an investigation into three public hospitals in Guayaquil over allegations that they did not follow protocol for identifying bodies, while the government has set up a website where people can search for deceased family members.

If a patient was registered by authorities, the location of their remains is recorded on the site. But many Ecuadorians still have no answers.

Her remains have since gone missing. 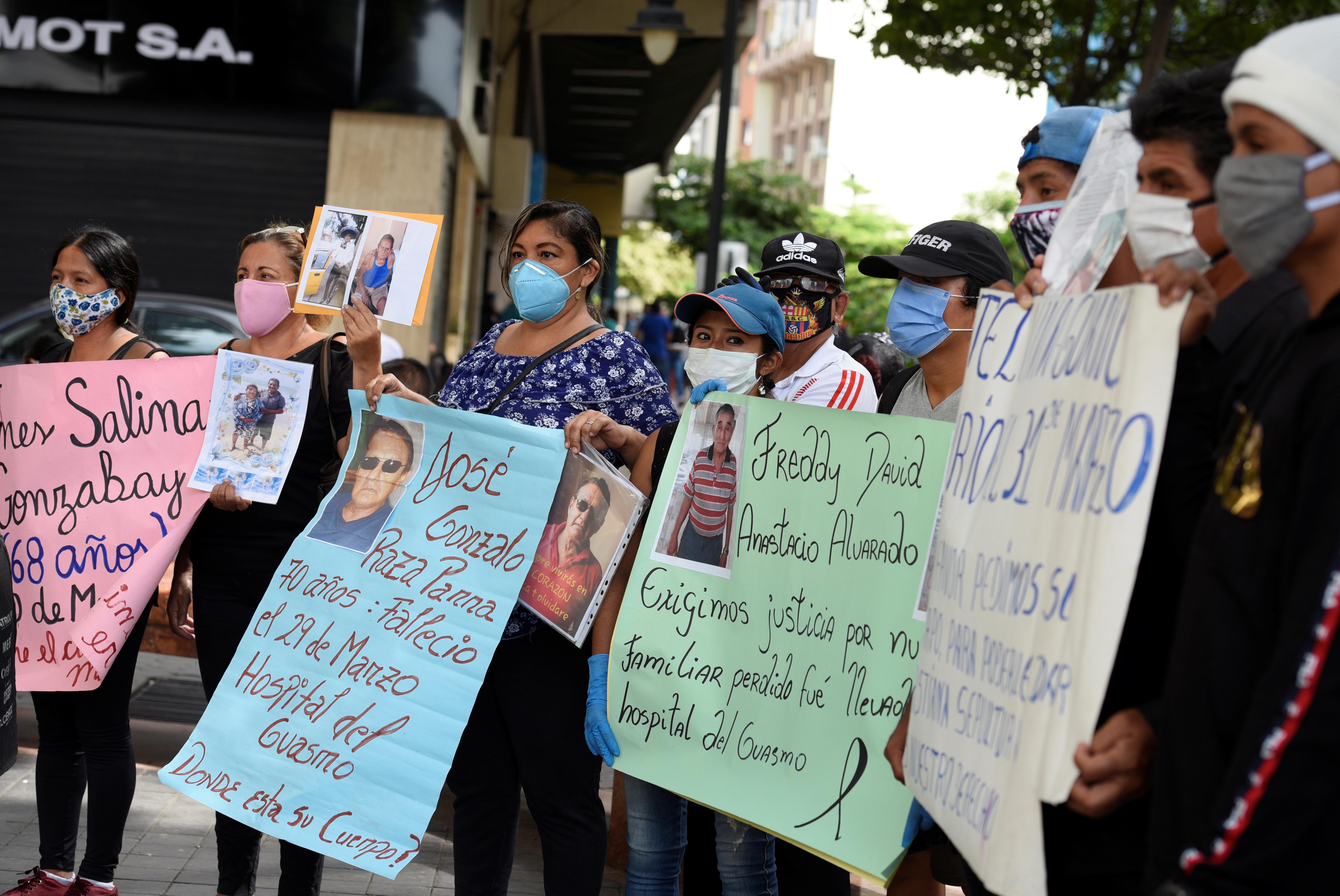 The Health Ministry and hospitals under investigation did not respond to request for comment.

The Ombudsman’s Office asked a local judge to award reparations to the families of the deceased and to speed up the identification process. Those already identified will be transferred to city cemeteries for burial.

“If they told me that they already found him and cremated him, how am I going to know that it is really him?” said Luis Alvarado, who has been searching for his younger brother’s body since late March.