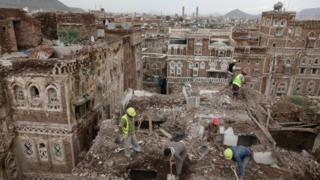 More than 130 people have been killed during heavy rains in Yemen since mid-July, authorities in the rebel-held capital Sanaa say.

Dozens of others have also been injured.

The city is home to hundreds of distinctive brown and white houses, which date back to before the 11th Century.

They have long been threatened by disrepair and the violence of war. 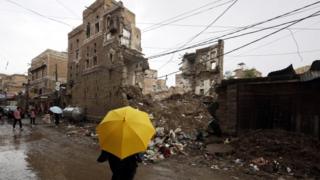 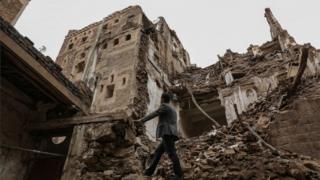 One resident, Muhammad Ali al-Talhi, told Reuters news agency that he and his family had been left homeless after the ancient building they lived in was destroyed on Friday.

“Everything we had is buried,” he said. 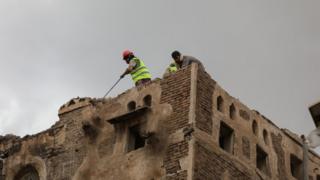 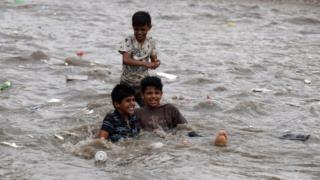 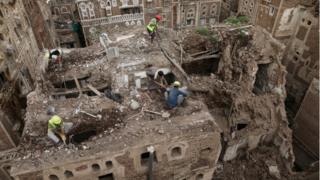 More than five years of conflict in Yemen have led to what the UN describes as the world’s worst humanitarian crisis.

Millions of people are dependent on food aid, and coronavirus is believed to be spreading – largely unreported – through the country.

All photos subject to copyright.