BARCELONA (Reuters) – Spain already has one of the world’s highest death tolls from the coronavirus pandemic. But data indicating the true number of fatalities could be much higher is fueling public anger and could cause problems for Prime Minister Pedro Sanchez’s fragile government. 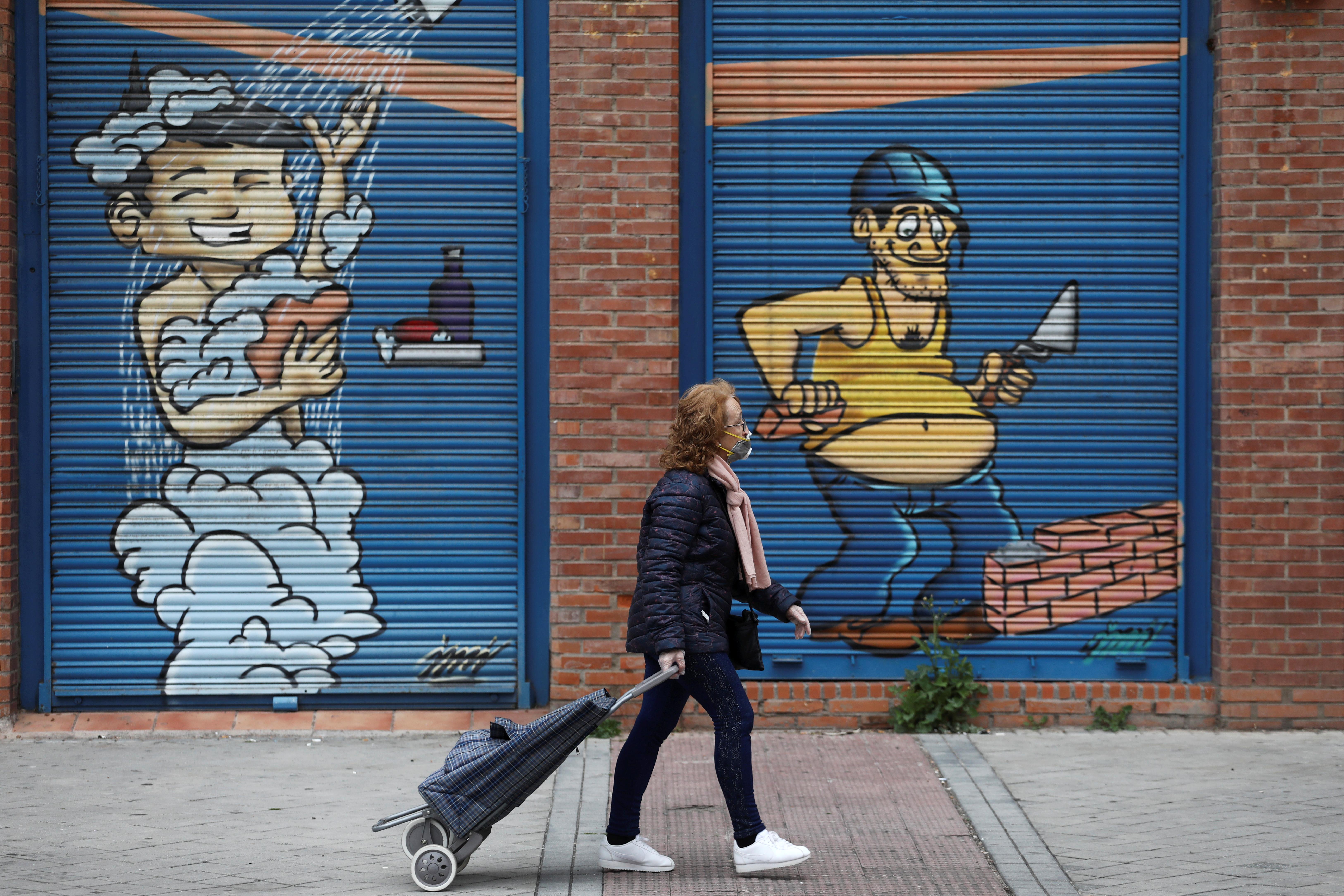 Spain’s total deaths rose to 20,852 on Monday. But the figure fails to account for those who were more than likely killed by the virus but never tested.

Fernando Simon, the national coronavirus emergency response chief, has acknowledged that the “real number of deaths is hard to know”.

The country has been in strict lockdown since March 14, although restrictions have been eased slightly since last week.

But most people remain cooped up in their homes. And sometimes families burying their dead are not even certain what their loved ones died of.

In a nursing home near Barcelona, an 85-year-old woman died on April 8 of “possible” COVID-19, said her daughter Amparo, citing a doctor’s death certificate.

Amparo, 56, who declined to give her last name, said her mother was not tested. She accused political leaders of not protecting citizens and dismissed the official tally as useless.

“Additional people have died because (politicians) have not made sufficient testing possible so that we can know the reality,” she said. “We have left them to die alone.”

The government has defended its count – which only includes those tested – and said that tracking confirmed deaths allows it to better study the outbreak’s evolution, in line with WHO practice which only counts confirmed cases. Suspected deaths should be analysed at a later stage, the government says.

In other countries, such as Italy and the Netherlands, a large number of coronavirus deaths might not have been reported because of under-testing in nursing homes.

A Reuters calculation based on official data from March 1 to April 10 indicates the coronavirus death toll could be several thousand higher, or as much as 49% above the government’s tally.

Between those dates, Spain reported 16,353 coronavirus deaths. But according to the National Epidemiology Centre’s database MoMo, as of Monday there were 22,487 more deaths than normal for the time of year over the exact same period.

A large part of the 6,134 difference is likely related to COVID-19, said Pedro Gullon, a Spanish Epidemiology Society board member. But it had to be carefully interpreted because it could also include non-coronavirus deaths of people who did not attend hospitals, he said.

A justice ministry spokesman said it was “ridiculous” to say that the real number of coronavirus deaths could be concealed.

All deaths in Spain are registered in annual statistics but there was a backlog at civil registries, which meant MoMo’s data was likely to be incomplete, he said.

As a result, the gap of over 6,000 deaths may be larger. If other sources of data from just the two regions most-hit by COVID-19 – Madrid and Catalonia – are taken into account, there may be up to 1,987 further deaths above average not included in the coronavirus tally for March alone, a Reuters count shows.

If all those 8,121 deaths were coronavirus-related, the government’s tally would be 49% higher.

It has called for the rest of Spain to do the same, but the government maintains only the deaths of those tested can be included.

The crisis has leapt up at Prime Minister Sanchez barely three months since his leftist coalition took office after an inconclusive election, Spain’s fourth in four years.

Other world leaders, including U.S. President Donald Trump and British Prime Minister Boris Johnson, have also faced criticism over their handling of the crisis in their countries.

But Sanchez is in a more precarious position than them.

Lluis Orriols, a political science professor at Madrid’s Carlos III University, said the coronavirus has not changed what he called Spain’s “endemic crisis” – a government with a weak parliamentary majority struggling to work with fiercely-critical opposition groups.

The issue is adding to friction between the government in Madrid and regions with a high degree of autonomy, including Catalonia, whose regional leadership has been waging a long campaign for independence.

The leader of the main opposition People’s Party, Pablo Casado, has demanded that “all the truth be told” about the number of dead, while a lawmaker from the far-right Vox tweeted: “No smokescreen will cover the deaths you try to hide”.