The incident follows rising tensions between the two Asian powers in the border area of the western Himalayas. 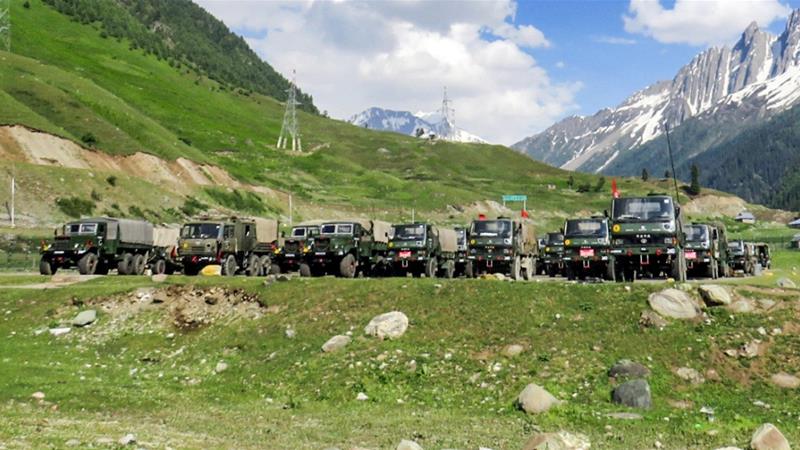 At least 20 Indian soldiers have been killed in a violent face-off with Chinese forces on the disputed border, the Indian army has said, in a major escalation of a weeks-long standoff in the western Himalayas.

In a statement, the army said on Tuesday that 17 “critically injured” Indian troops succumbed to their wounds, in addition to an officer and two soldiers who had died earlier.

The troops died “in the line of duty at the stand-off location and exposed to sub-zero temperatures in the high altitude terrain … taking the total that were killed in action to 20”, the statement said.

Indian and Chinese troops have disengaged in the areas where the clashes took place, the statement said, adding that India is firmly committed to “protect the territorial integrity and sovereignty of the nation”.

The incident marks the deadliest clash between the nuclear-armed neighbours in decades.

Tensions flare on a fairly regular basis between the two regional powers over their 3,500-kilometre (2,200-mile) frontier, which has never been properly demarcated.

Thousands of troops from the two nuclear-armed neighbours, backed by armoured trucks and artillery, have been involved in the latest face-off since May in the Ladakh region, bordering Tibet.

Army officers and diplomats have held a series of meetings to try to end the impasse, with no breakthrough.

Meanwhile, China accused India of crossing a “disputed border” between the two countries, according to a report by the AFP news agency.

“We again solemnly request that India follows the relevant attitude and restrains its front line troops,” he said. “Do not cross the border, do not provoke trouble, do not take any unilateral action that would complicate the border situation.”

The deaths were the first since a border skirmish in 1975 between the nuclear-armed neighbours – also the world’s two most populous countries – which have been unable to settle the dispute along their lengthy frontier.

“This is extremely, extremely serious, this is going to vitiate whatever dialogue was going on,” former Indian army commander D S Hooda said.

Reporting from Doha, Al Jazeera’s Sohail Rahman said the developments were a “worrying scenario” and that Indian Prime Minister Narendra Modi could seek support from the United States for any potential response.

“At the moment, China and the US are not getting on very well. Modi has a very strong ally in President Trump. I would not be surprised if there are telephone calls between New Delhi and Washington about what the next move could be, what sort of support the US could give morally, politically to New Delhi,” he said.

“When it comes to being attacked either physically on land or politically in the international arena, Indians will unify around the prime minister. So anything that the government does will be wholeheartedly supported by the public and the media. If they have been given a bloody nose, I suspect that India will be planning some kind of retaliation. They are not going to let this lie.”

Military experts say one reason for the face-off is that India has been building roads and airfields to improve connectivity and narrow the gap with China’s far superior infrastructure.

At Galwan, India completed a road leading to an airfield last October. China has asked India to stop all construction.

India says it is operating on its side of the Line of Actual Control, the de facto border.