HIV+ and other patients with critical conditions face problems in accessing health services amid strict lockdown. 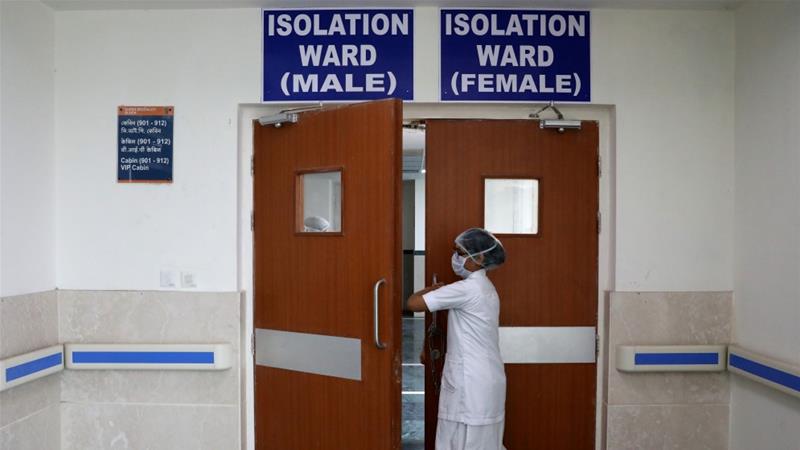 On the morning of March 26, the third day of lockdown in India’s capital over coronavirus fears, 15-year-old Himanshu’s mother tried to board a state-run bus to collect her son’s medicines for HIV from a government-run hospital.

It was her scheduled day to pick up the monthly anti-retroviral therapy (ART) drugs, the HIV-suppressing drug that has to be taken lifelong, provided free of charge to patients registered with government hospitals.

But with strict travel restrictions in place, the conductor did not allow her on the government-run bus, despite her furnishing the “green book” provided by the Kalawati Saran Children’s hospital located in central New Delhi’s Gole Market area.

Himanshu’s father volunteered to go by bicycle to pick up the drugs instead, but a policeman stopped him and turned him back, as well.

“Sometimes, the Delhi police see your hospital book and let you go. But sometimes, they will see the word HIV and chase you,” says Loon Gangte, co-ordinator of the Delhi Network of Positive People – a collective that works for people living with HIV.

“It is the term HIV. They think we are all sex workers and drug addicts. Yesterday [March 25], police beat up one of our outreach workers who was trying to organise. There is still prejudice even though it is now against the law to discriminate against persons with HIV.”

India is believed to be home to the third-largest population of HIV-positive people in the world. There are 21.4 million Indians living with HIV, according to the National Aids Control Organisation data in 2017.

The Indian government provides ART to all HIV+ people registered in government hospitals, most of whom are overwhelmingly the poor and rely on public transport. 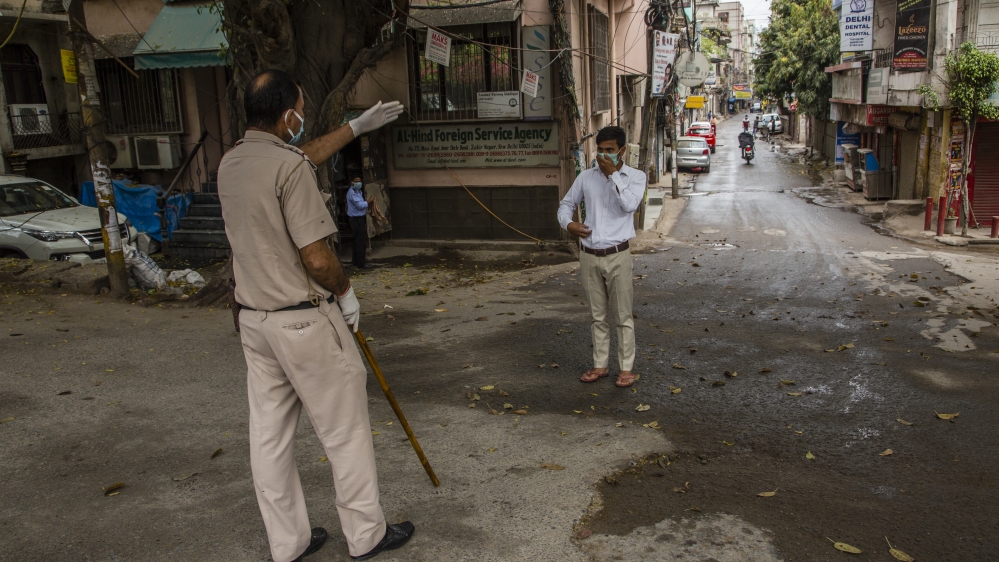 But public transport across the country, including metro rails, taxis as well as buses, have been banned as Indian Prime Minister Narendra Modi imposed a lockdown on Wednesday and urged people to maintain social distancing to prevent the spread of coronavirus that has killed more than 30,000 people worldwide.

The move seems to be taking a toll on the HIV-positive people along with other patients with chronic conditions.

The government clarified that people would be allowed to go out for essential supplies, including groceries and medicines, without being asked for documentation to prove the nature of their trip.

Many patients, who live in smaller towns or rural areas but are registered with the government hospitals in cities are finding it difficult to travel amid the ban on public transport. Many were forced to use private transport, such as cycles or motorbikes to travel.

Himanshu’s parents, who live in a working-class neighbourhood of Jahangirpuri in New Delhi, eventually walked to the hospital and walked back home, 19km (11.8 miles) on foot each way.

“I have applied to the police for a traffic permit. I want to be able to reach them on my bike when the police stops anyone,” Gangte said.

“But the lines at the police station are so long, the first day it was almost two kilometres (1.25 miles) long. I came away because I am already immune-compromised; HIV itself means immunity deficiency. But when my outreach worker was beaten, I decided to brave the crowds to apply for the permit.”

Critics have accused the government of imposing the lockdown for 1.3 billion people without proper planning.

Over the past week, social media has been full of imagery and stories of policemen beating up vendors, smashing shops, deflating the tyres of vendor carts. In one striking photograph, a policeman is beating a person with a lathi while speaking on the phone.

Tens of thousands of migrant workers have been stranded in cities following the shutdown of businesses and factories, with many walking hundreds of kilometres to reach their homes amid lack of transport. 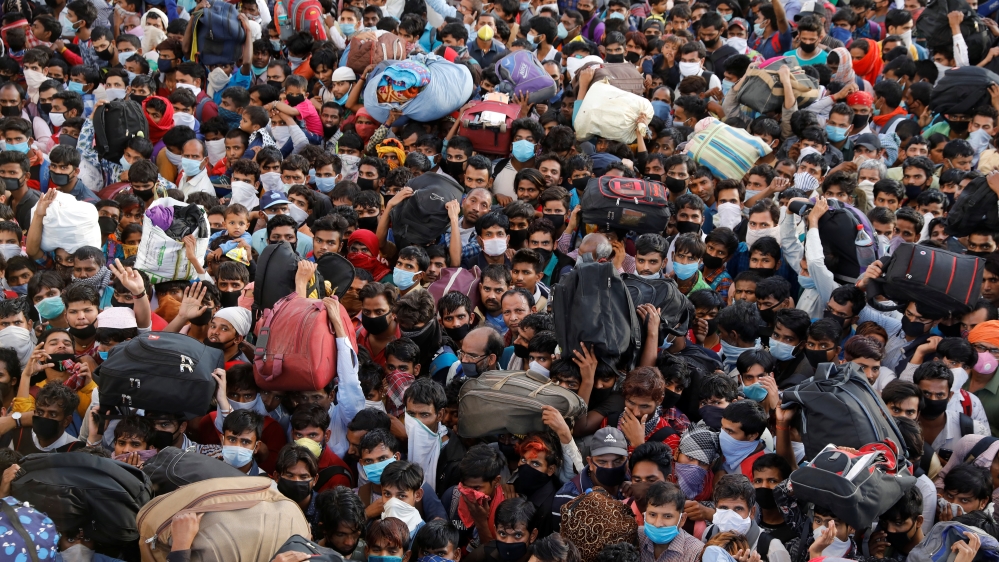 Modi addressed the nation twice in the past 10 days but failed to spell out specifics of how people are to manage their essential needs during the 21-day lockdown period, in particular, people with special needs and chronic conditions, who need regular access to medicines, diagnostic tests and other healthcare.

A government circular listing released after PM’s speech last Tuesday failed to mention support services for chronic patients. There were no directives on the vast numbers of health personnel who work in small concerns or provide home services and lack company ID cards.

What has followed is confusion, delays and anxiety.

Mary Lama* (name changed), an HIV-positive patient diagnosed with cancer of the tongue, has been advised a number of tests before her surgery initially scheduled for early April.

This week, she received an SMS informing her that her MRI appointment was delayed minutes before she was about to leave home for it. Her calls to the laboratory received a standardised response that all tests were delayed by the lockdown.

“I am unable to contact her doctors at the hospital to tell them about the tests, and the treatment is also delayed,” said Naresh Lama, Mary’s husband.

“Will the cancer not spread without treatment?” There are 1.6 million living with cancer as of 2018, according to Indian government data.

Karishma Khemlani, who describes herself on her Twitter as a person with 17 incurable conditions, is used to planning ahead because she cannot afford to take chances.

It is a preparedness for crises developed over 17 years of living with auto-immune and rare conditions. A week before the Janta Curfew (public curfew last Sunday), she placed an order for her immunosuppressant drug CellCept at her local pharmacy. These drugs are specialised, lifesaving and rarely available without order. But as March 22 drew near, her pharmacy and all the pharmacies in her locality in Andheri, Mumbai, was unable to deliver the drug.

Khemlani is an enterprising social media activist and a tweet about running out of medicines was retweeted several times. Eventually, a journalist with a press pass scoured the city, and secured supplies for her. 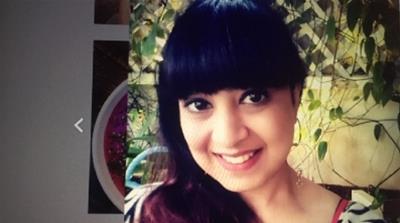 There is little data available on patients with rare, chronic conditions like Khemlani’s. The government estimate relies on a global statistic – 6 to 8 percent of the population has rare diseases – the population of 1.3 billion A sudden lockdown like this may have left many without stocks of their hard-to-source medication.

In other places, drugs are available, but transport is not. An official of the pharmaceutical giant Novartis, who did not want to be identified, said immunosuppressants are available at their centre in the eastern city of Kolkata, but patients have to travel to collect medicine that their agents and courier companies would normally have delivered.

The government’s own undated estimate is that 6,000 kidney, 1,500 liver and 25,000 corneal transplants are performed annually, in addition to much smaller numbers of heart and lung transplants. All transplant patients require immunosuppressants to ensure their bodies do not reject the transplanted organs.

“We could quickly be facing a non-COVID humanitarian crisis if the government fails to act to restore health services, particularly for those with critical conditions that require sustained medication/treatment,” said Malini Aisola, public health activist and co-convenor of the All India Drug Action Network.

“Measures can be put in place, such as stringent infection control protocols and triaging systems, to make the necessary care available. As sound public health policy, the government should be concerned with meeting needs of special groups because they are in fact more vulnerable and risk worse outcomes in the event of COVID-19 infection due to lower immunity and preexisting conditions. Unfortunately, from the stories emerging, the government seems to be lurching from crisis to unfolding disaster.”

The stories of kidney transplant candidates dealing with exhausting trips to hospital for their weekly dialysis appointments have been reported from Mumbai and the southern city of Chennai.

Sejal Jobanputra, a chronic kidney disease patient who lives in Kandivali in Mumbai city, said her Whatsapp group of kidney patients all spoke of long strenuous, and sometimes harassed, trips to hospital as some policemen did not understand why they were travelling, even after they showed their hospital records. Other policemen, however, were helpful.

“I realised I am lucky among them because my hospital is also in Kandivali,” said Jobanputra, over a chat on Whatsapp. A phone conversation was not possible because she suffers from hearing impairment.

“But it is exhausting for me to stand for even 10 minutes. Policemen kept directing me to the bus-stand, but it is physically impossible. I went back home, and rescheduled my appointment. My family will drop me to hospital.”

India has 34 million patients in need of dialysis as of 2018, according to the national dialysis registry, with 220,000 patients added every year.

Although age is not a chronic disease, the elderly are also left vulnerable in the lockdown. There is no government data available, but an estimate by the home healthcare service venture Medwell suggested that India has the second-largest geriatric population in the world, numbering 104 million.

Medwell defined geriatric as those over the age of 60, and estimated home healthcare services to be $1.5bn market in India, mainly providing care for chronic conditions at home.

Home healthcare workers have been severely affected by the closure of transport services, especially as they often do not possess company identification cards stating they are health workers.

This leaves many of the elderly, who live alone and are sick, without essential support.

Even those who live with family face the real possibility of dying without medical help.

On Thursday, journalist Joanna Lobo tweeted to the chief minister of Goa state about her grandmother, Lourdes Lobo, in the village of Camurlim, who is 111 years old.

She had taken a turn for the worse during the previous weekend as the state went into lockdown.

No doorstep medical assistance was available, no grocery stores were open, and her parents who live nearby were unable to step out of their homes. The family increasingly prepared for the traumatic possibility that the old lady might pass away at home without any assistance.

“At least my aunts are with gran,” said Lobo. “There are octogenarians who live alone in our village. I wonder how it is for them.” 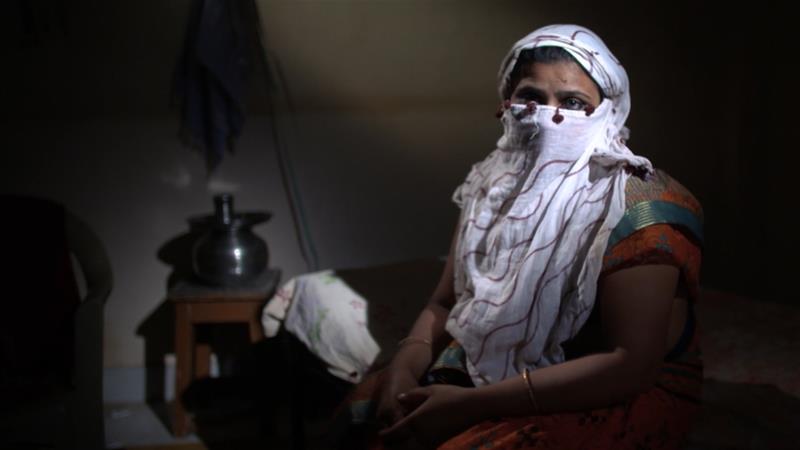