Navy divers in Indonesia have recovered the voice recorder from the cockpit of the Sriwijaya Air jet that crashed into the Java Sea in January.

Transport minister Budi Karya Sumadi said divers retrieved the cockpit recorder on Tuesday from the jet that crashed killing all 62 passengers on board.

The recorder was found near the plane’s black box that was recovered three days after the crash in the Java Sea. 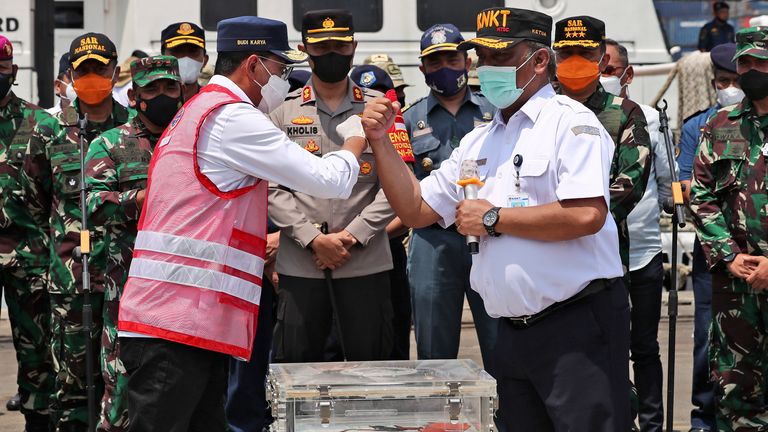 The device could help investigators determine what caused the Boeing 737-500 to plummet into the sea during heavy rainfall after it took of from Jakarta on 9 January.

If undamaged, the recorder could show what the pilots were doing to regain control of the plane.

Since the crash, searchers have recovered plane parts and human remains from the area between Lancang and Laki islands north of Jakarta.

Initially, 160 divers were deployed to search for evidence but most retrieval efforts ended two weeks after the crash with limited search teams used since.

The voice recorder is believed to have broken away from other parts of the device on impact. 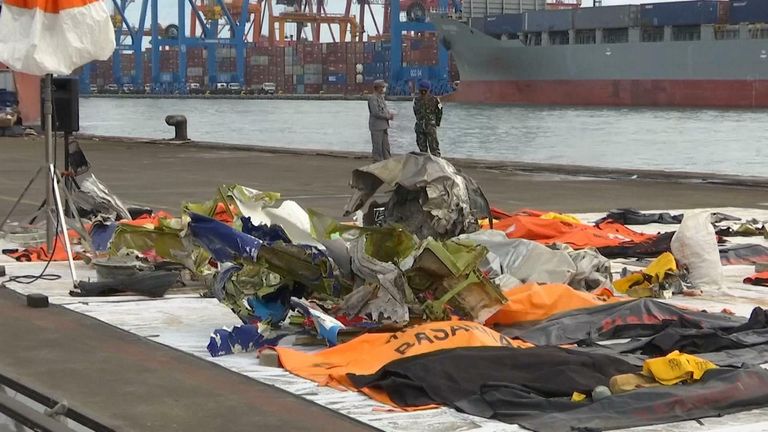 The recorder was buried under 3ft of seabed mud at a depth of 75ft, according to the navy.

The recorder was given to the National Transportation Safety Committee in Jakarta, who are overseeing the investigation.

KNKT chairman, Soerjanto Tjahjono, said it will take at least a week to dry and clean the device and download the data.

“Without the voice recorder, it would be difficult to determine the cause of the plane crash,” Tjahjono added.

Preliminary investigation data showed the plane’s left engine throttle moved backwards on its own while on autopilot, reducing the power of the engine.

The 26-year-old jet had been out of service for almost nine months because of flight cutbacks due to the pandemic before passing safety checks to resume commercial flights in December.

Rafik Yusuf Alaydrus, whose wife Panca Widia Nursanti died in the crash, said: “We hope this could answer what caused the crash, especially for us who lost our loved ones.”

The crash has reignited concerns about air travel in Indonesia, which has grown since the fall of the Suharto dictatorship in the 1990s. 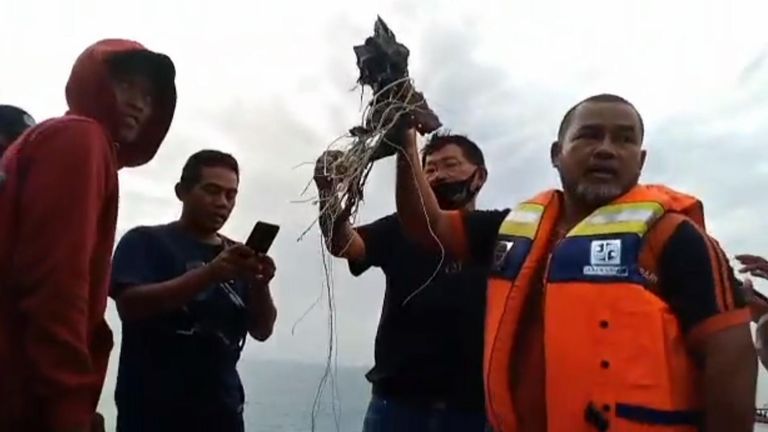 America banned Indonesian carriers from operating in the country in 2008 but lifted the sanctions in 2016 after noting improved compliance to international aviation standards.

The European Union lifted a similar ban in 2018.

Sriwijaya Air has had one minor safety incident in the past when a farmer was killed in 2008 after a plane went off the runway while landing due to a hydraulic fault.

In 2018, a Boeing 737 MAX 8 jet operated by Lion Air crashed shortly after taking off from Jakarta, killing 189 people.

An automated flight-control system played a role in that crash, but the Sriwijaya Air jet did not have that system.