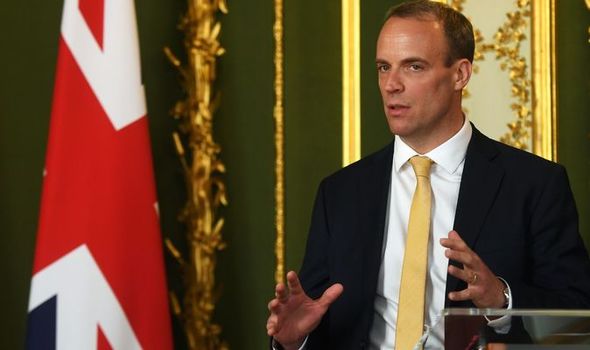 The Government department said the ambassador was being summoned in response to the “unlawful attack on a merchant vessel off the coast of Oman on 29 July, in which a British national and Romanian national were killed”. A Foreign Office spokesperson said: “The Iranian Ambassador to the UK, Mohsen Baharvand, was summoned today to the Foreign, Commonwealth & Development Office by the Minister for the Middle East, James Cleverly, in response to the unlawful attack committed on MV Mercer Street on 29 July.

“Minister Cleverly reiterated that Iran must immediately cease actions that risk international peace and security, and reinforced that vessels must be allowed to navigate freely in accordance with international law.”

“@JamesCleverly met with the envoy.

“Normally it would be permanent secretary.