Home » World News » Is the US in lockdown?

Some 250,000 people have died in the country since the pandemic hit in March, with over 11 million confirmed cases so far. As of November 17, a staggering 70,000 people were in hospital with the disease. The virus is having a hellish effect on much of the country – but still, much of the freedoms currently not seen across much of Europe are a part of everyday life in the USA.

Across much of the country, restaurants and bars are still open, and face masks are only mandatory in a handful of states.

In Texas, prisoners are being used to move dead bodies to mobile morgues, and there have been widespread protests about shutdowns in certain states – despite there hardly being any, at least in comparison to Europe and other parts of the world.

But even with President Trump’s disastrous term in office coming to an end, cases are still surging in every state.

And with Thanksgiving and Christmas on the way, cases are expected to explode even further as indoor transmission will likely go through the roof. 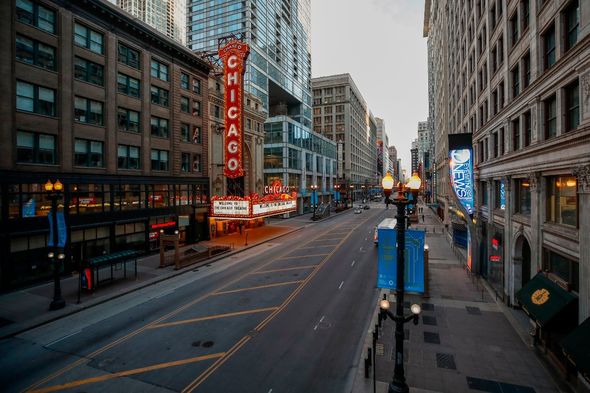 Is the US in lockdown?

As a whole – no, but several states have different rules at the moment.

Because of the USA’s federal system, each state determines its own coronavirus restrictions, with some states being more heavy-handed with rules than others.

The patchwork approach to restrictions reflect the lack of coherent policy in place throughout the country to curb the pandemic, which shows no signs of slowing down as winter fast approaches. 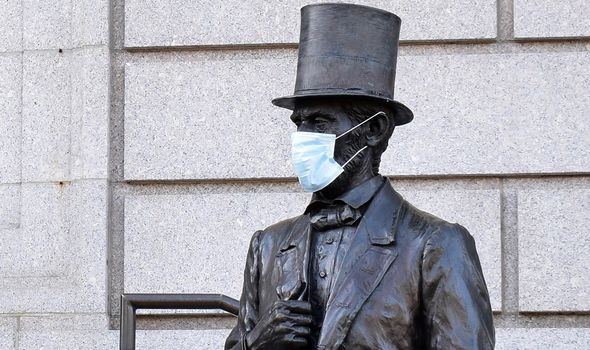 Only two states currently have a stay-at-home order in place: New Mexico and Ohio.

Other states have varying levels of lockdown in place.

For example, Ohio currently has a stay-at-home order in place, while most businesses remain open.

Elsewhere, Oregon has made face masks mandatory and closed most businesses – but in terms of policy, there is no order from officials for the public to stay in their homes.

DON’T MISS
Which countries do NOT have coronavirus? [ANALYSIS]
Britain enlisting ARMY of volunteers to deliver incredible jab scheme [INSIGHT]
WHO backlash for urging people to swap Christmas dinner for picnic [REPORT]

More compact states in the north east of the country around New York tend to have harsher restrictions in place currently.

These are also the areas that have, mostly, had the highest prevalence of the virus.

Earlier this year, New York alone was recording more than 1000 deaths per day.

Schools have now closed in New York, with the Mayor of New York Bill de Blasio saying the shutdown will be as short as possible.

He said: “We have a stringent health and safety standard right now.

“We’re going to have to raise that up even higher to be able to bring our schools back.”

Meanwhile in California, on the west coast, a new curfew will come into effect from Saturday evening, and will remain in place for one month.

It will ban all “non-essential work, movement, and gatherings” between 10pm and 5am.