JERUSALEM (Reuters) – Israeli Prime Minister Benjamin Netanyahu said on Wednesday there would be “no avoiding” a complete lockdown of the country without a decrease in the rate of new coronavirus infections. 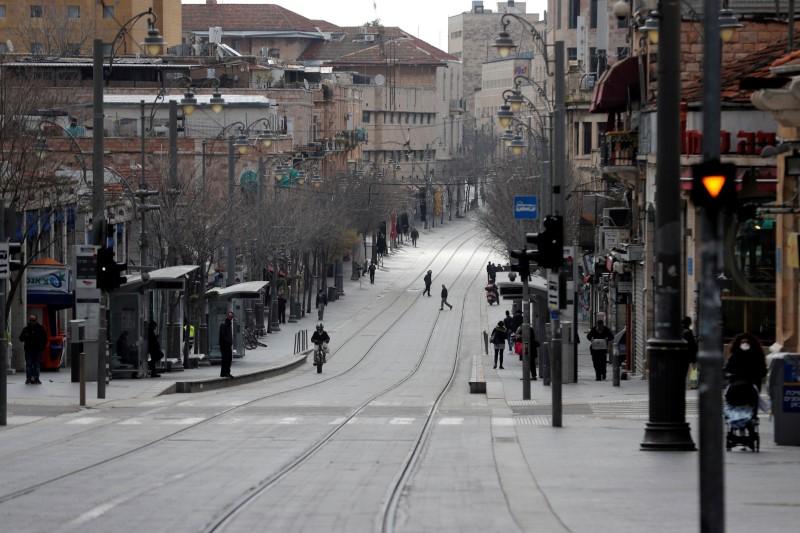 Israel has seen five deaths and close to 2,400 cases so far.

Citizens hoping for a stroll or jog were instructed earlier on Wednesday to stay within 100 metres (110 yards) of their homes for a week under tightened restrictions to curb the contagion.

Israelis have been instructed to stay home where possible, schools have been shut and many businesses have closed, prompting more than 500,000 lay-offs.

“If we do not see an immediate improvement in the trendline there will be no avoiding a full closure,” Netanyahu said in televised remarks. “(The decision) is a matter of a few days (away). And we are making all of the preparations for it.”

The sight of people, out for fresh air, jogging and congregating on city streets has alarmed health authorities. The new 100-metre limit is meant to end such activity.

The private sector has had to limit employees at the workplace to 10 people or 30% of the company’s workforce, and most of the public sector has been put on leave.

Israelis, though, could still drive themselves to work or to shops for essentials under the new restrictions, and food delivery services were operating.

Penalties ranging from fines to a six-month jail term were set for anyone defying the orders.

Israel’s central bank on Tuesday projected an economic contraction of 2.5% in 2020 as long as the partial lockdown eases by the end of April.

In his remarks, Netanyahu said his caretaker government was setting up an economic plan to help businesses and the self-employed, and that a team was set-up to prepare for the day after the virus ends.

The coronavirus crisis comes as Israel is grappling with political deadlock after three inconclusive elections in less than a year. Netanyahu’s centrist political rival, former military chief Benny Gantz, has been tasked with forming a new coalition government.

But neither Gantz nor Netanyahu won a stable parliamentary majority in the March 2 election and negotiations to form a unity government comprising both their parties have come to a halt in the past few days.