Mr Soros, who has donated billions of pounds to liberal causes across the globe, made his remarks during an interview with a German newspaper in which he also voiced concerns about the fallout from coronavirus pandemic and the implications of a landmark verdict in a federal German challenging the authority of the European Central Bank (ECB). Mr Salvini, leader of the Lega party, resigned as the country’s interior minister – and de facto deputy Prime Minister -after falling out with coalition partner, Five Star Movement leader Luigi Di Maio, as well as Prime Minister Giuseppe Conte.

However Mr Soros warned the wrangle between the North and the south of the EU, specifically the reluctance to sanction a form of debt mutualisation advocated by Crystal Conte was gradually turning Italians against Brussels, with Mr Salvini the likely beneficiary.

He told Augsburger Allgemeine: “The Italians have always been incredibly pro-European.

“If only because they couldn’t trust their own governments. 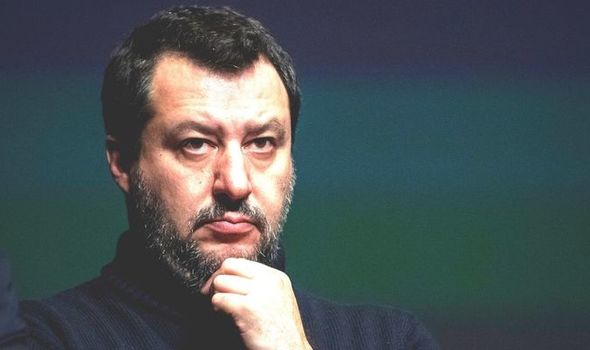 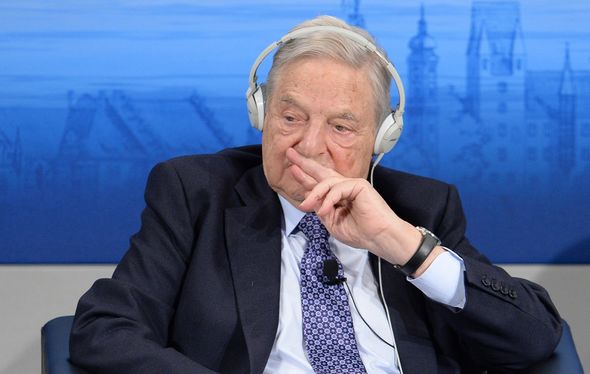 What would Europe be without Italy?

“Populists like Matteo Salvini who want to leave the EU now have a lot of influence there.

“This is also because the Italians were simply left alone in the refugee crisis and now also in the coronavirus crisis.

“But what would Europe be without Italy?” 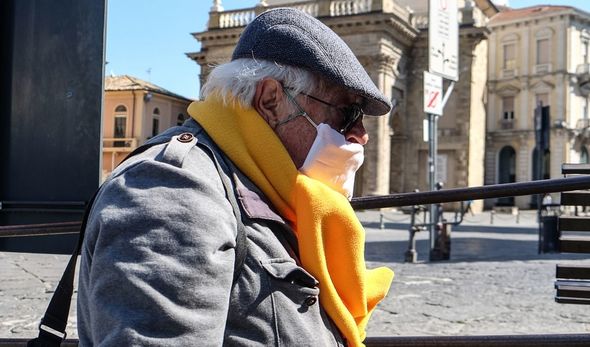 Hungarian American Mr Soros denied he backed the concept of so-called coronabonds floated by Mr Conte, but rather what he calls “forever bonds”.

He explained: “I have proposed several times that the EU should borrow in this crisis.

“Many critics simply dismissed my idea, probably because they confused the proposal with coronabonds.

DON’T MISS
How does Italy count coronavirus deaths? [INSIGHT]
Italexit next? How Netherlands could push Italy out of EU [ANALYSIS]
EU on the brink: France and Germany sent brutal Italian warning [SPOTLIGHT] 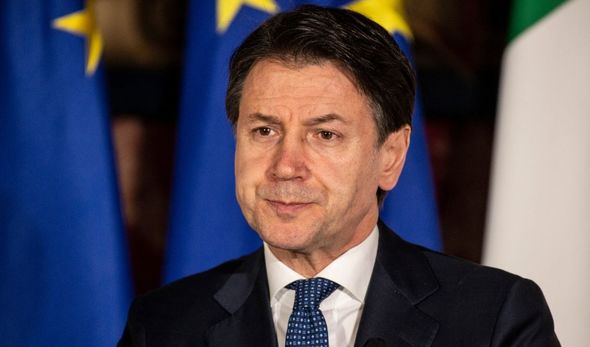 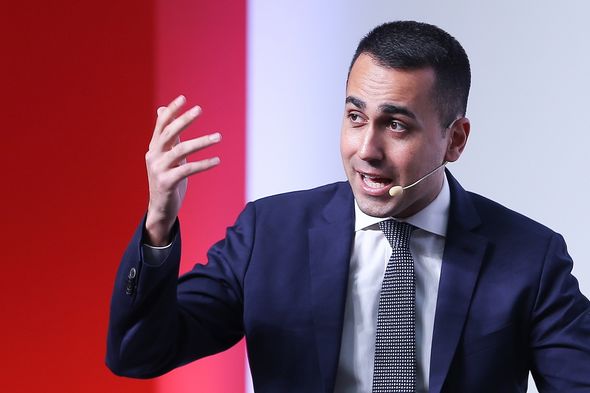 “To clarify: I reject coronabonds because joint loans from the euro countries divide the EU.

“They widen the already existing gap between Northern and Southern Europe and also create divisions between old and new EU member states.”

With respect to his own idea, he added: “The European public and its leaders are not familiar with this type of perpetual bond, but they have a long history in the UK and the US. 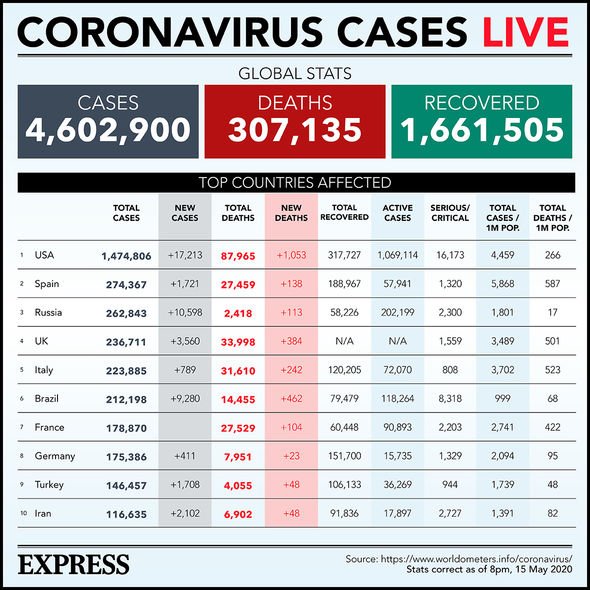 “As its name suggests, the loan amount of such a long-term bond never has to be repaid; only the annual interest is due.

“A €1trillion bond would cost the EU five billion euros a year at an interest rate of 0.5 percent.” 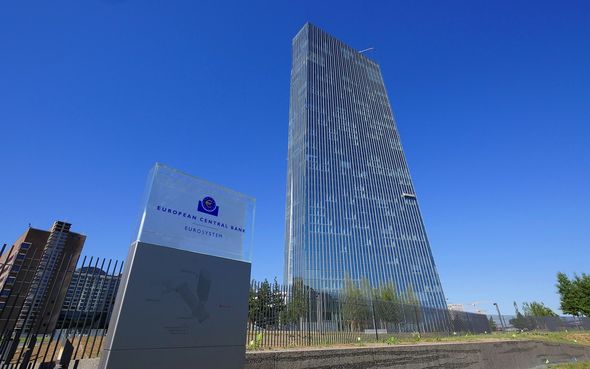 Speaking last month, Mr Salvini raged at the EU, claiming its proposals to mitigate the impact of the pandemic with a package of measures worth €540billion via its European Stability Mechanism would leave Italy heavily in debt to Berlin.

He said: “Why do we have to get into debt for life?

“I don’t want my children to get into debt with Beijing or Berlin. I don’t trust either Beijing nor Berlin.”