Ivanka Trump discusses being 'competitive' like her father in 2014

Donald Trump’s daughter broke her three-month social media silence to post pictures of herself receiving the jab. She captioned the post: “Today, I got the shot!!! I hope that you do too! Thank you Nurse Torres!!!”

Ivanka confirmed in a statement to AP that she was inoculated with the Pfizer vaccine.

However, her social media post sparked a backlash among anti-vaxxers and some American conservatives.

One Twitter user wrote: “Although I love you Ivanka, I don’t agree with healthy people getting the shot.”

Another anti-vaxxer posted: “Nope not putting that in my body.” 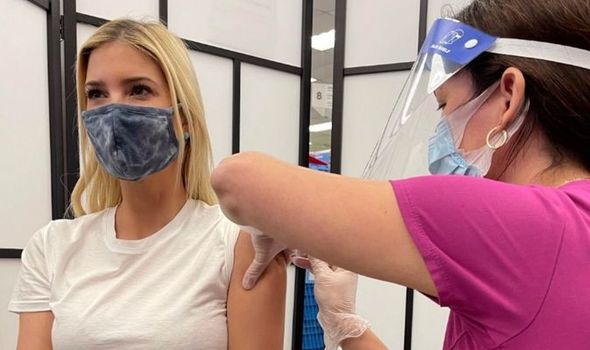 Referencing conspiracy theories, a third Twitter user said: “No thanks! With a 99% survival rate, I shall pass.”

Despite the influx of anti-vaxxers replying to Ivanka’s post, other social media users defended her vaccination.

One Twitter user said: “I know you’re getting backlash from both sides, out of principle, I do appreciate your attempt to encourage Trump supporters to get vaccinated.

“There’ll always be echo chambers on Twitter, but just maybe you might have changed a person’s mind of their anti-vaxx stance and saved lives.” 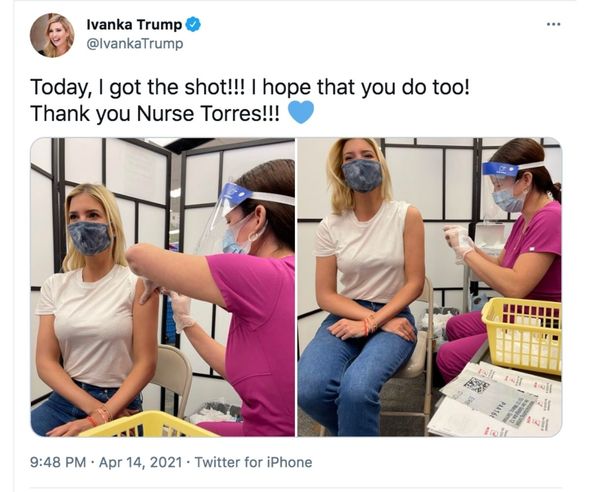 Another posted: “I despise you and your entire family but glad to see you promoting the vaccine against this terrible pandemic.”

Misinformation around the COVID-19 vaccination has continued to spread on social media channels.

Last month, a US lawmaker urged Facebook, Twitter and Google to ban a dozen people who are reportedly spreading the majority of disinformation about the jabs. 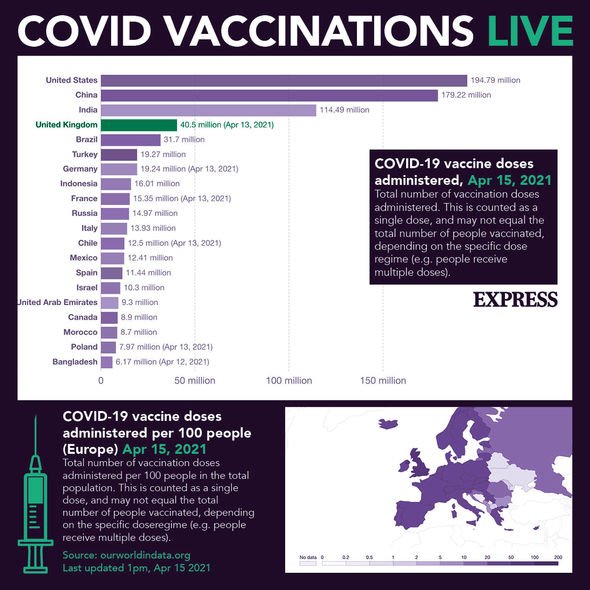 The Center for Countering Digital Hate (CCDH) analysed over 812,000 jab-related posts on Twitter and Facebook. They found that 65 percent of anti-vaccine posts came from the “disinformation dozen”.