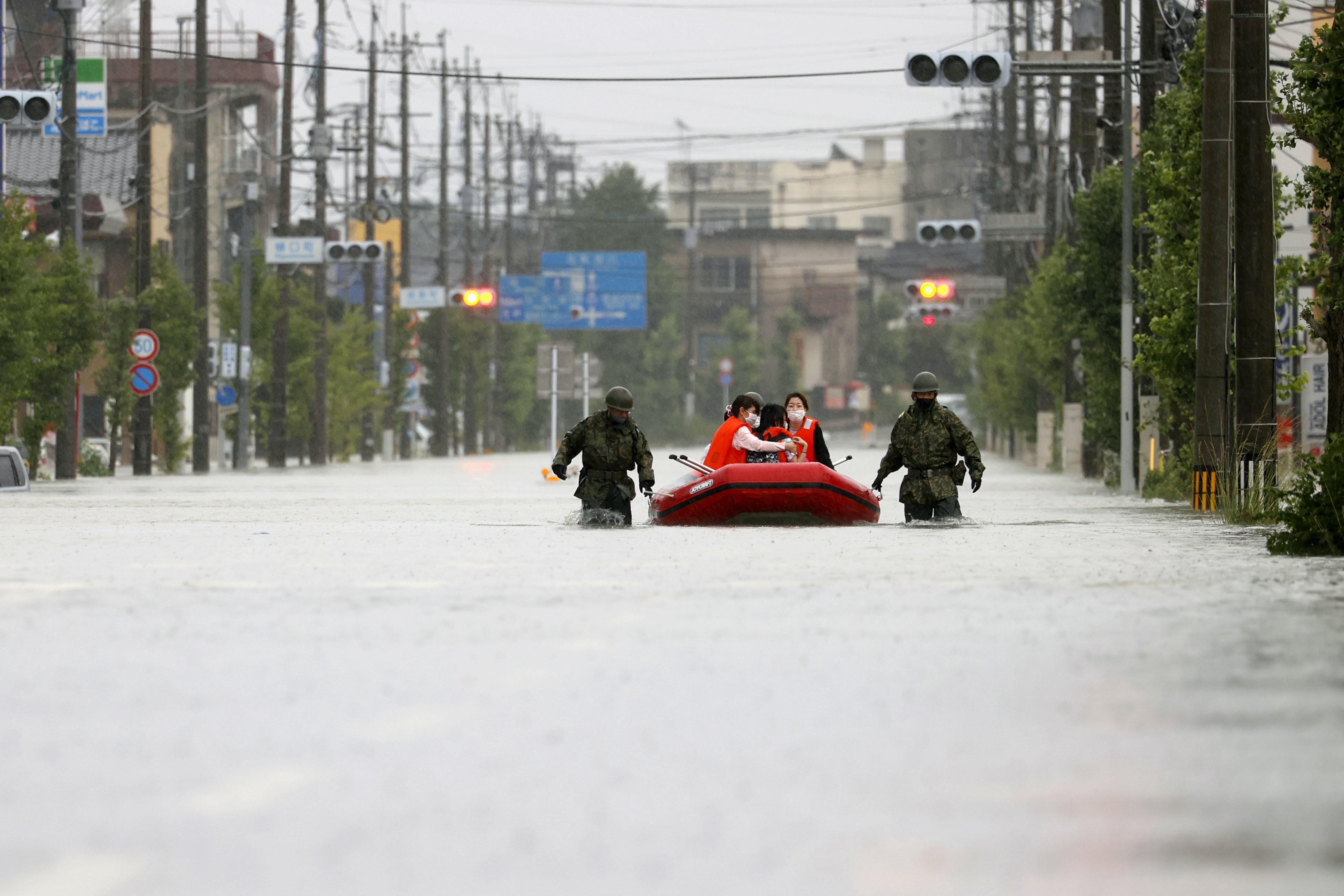 TOKYO (Reuters) – Japan warned of more heavy rain on the southwestern island of Kyushu on Tuesday as the death toll in flood-hit areas reached at least 50, with more than a dozen people reported missing.

“The rain front is expected to remain until the ninth (of July), and rain is expected over a wide front stretching from western to eastern Japan,” Chief Cabinet Secretary Yoshihide Suga said at a regular press briefing, urging people to take the necessary precautions to ensure their safety.

Japan on Monday issued a flood warning to more than half a million people living in three prefectures on Kyushu, including Nagasaki, Saga and Fukuoka. Police, Self Defense Force and Coast Guard units are conducting search and rescue effort, Suga said.