TOKYO (Reuters) – Seventy-five years after Japan’s defeat in World War Two, Tokyo’s Yasukuni Shrine for war dead is a potent symbol of the controversy that persists over the conflict’s legacy in East Asia. 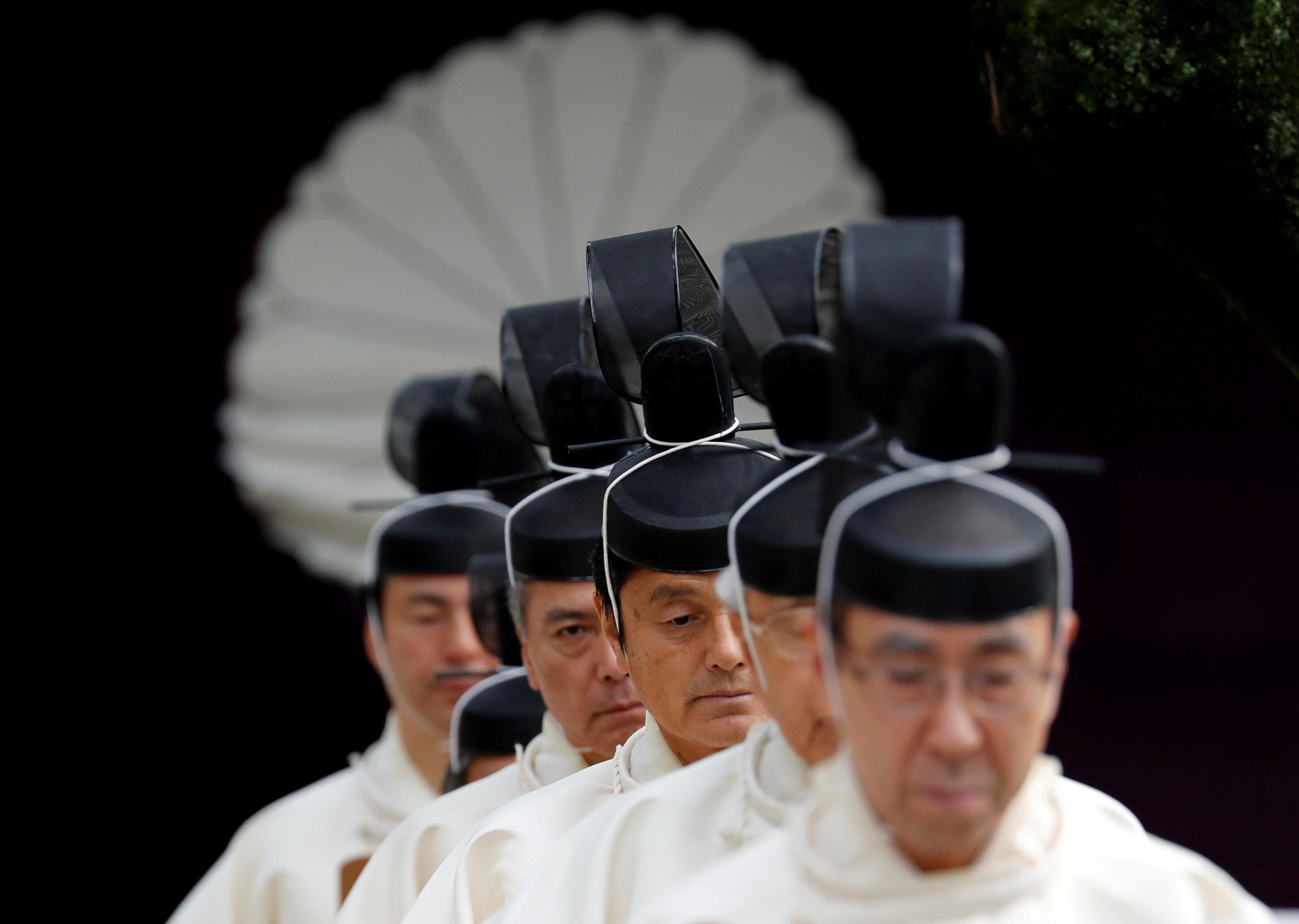 Here are some reasons why the shrine is a flashpoint in Japan’s relations with China and the two Koreas.

DYING FOR THE EMPEROR

Established in 1869 in a leafy urban enclave, the shrine is

s dedicated to 2.5 million Japanese who died in wars beginning in the 19th century and including World War Two.

Funded by the government until 1945, Yasukuni – its name formed by combining the Japanese words for “peace” and “country” – was central to the state religion of Shintoism that mobilised the wartime population to fight in the name of a divine emperor.

Since 1978, those honoured have also included 14 World War Two leaders convicted as “Class A” war criminals by an Allied tribunal in 1948, among them wartime prime minister Hideki Tojo.

Tojo and the others were secretly elevated to the status of gods at the shrine in a solemn ceremony that year, news of which sparked a domestic firestorm when it became public.

Many Japanese pay respects to relatives at Yasukuni and conservatives say leaders should be able to honour those who died in the war.

Chinese and Koreans, however, resent the honours accorded there to the war criminals.

Koreans still chafe over Japanese rule from 1910 to 1945, while China has bitter memories of Japan’s invasion and brutal occupation of parts of the country from 1931 to 1945.

Critics in Japan see Yasukuni as as a symbol of a militarist past and say leaders’ visits violate the separation of religion and state mandated by the post-war constituion.

A museum on the grounds has been criticised as depicting the war as one that Japan fought to liberate Asia from Western imperialism, while ignoring atrocities by its troops.

The names of thousands of men from Taiwan and Korea killed while serving with Imperial forces are also recorded at Yasukuni. Some relatives want their names removed.

Emperor Hirohito, in whose name Japanese soldiers fought the war, visited Yasukuni eight times between the conflict’s end and 1975. Historians say he stopped due to displeasure over the enshrined convicted wartime leaders.

His son, Akihito, who became emperor in 1989 and abdicated last year, never visited, nor has current Emperor Naruhito. The royals have attended a separate, secular ceremony.

Many Japanese premiers visited Yasukuni after the war, but refrained from saying it was in an official capacity, until Aug. 15 1985, when Yasuhiro Nakasone made an official visit.

The move, on the 40th anniversary of the war’s end, drew harsh criticism from China. Nakasone did not go again.

Junichiro Koizumi made annual pilgrimages while premier from 2001 to 2006, contributing to a deep chill in ties with China.

Abe, whose agenda includes reviving pride in Japan’s past, visited in December 2013, saying he went to pray for the souls of the war dead and “renew the pledge that Japan must never wage a war again”.

The pilgrimage sparked outrage in Beijing and Seoul and an expression of “disappointment” from the United States. Abe has not gone since, but has sent ritual offerings instead. 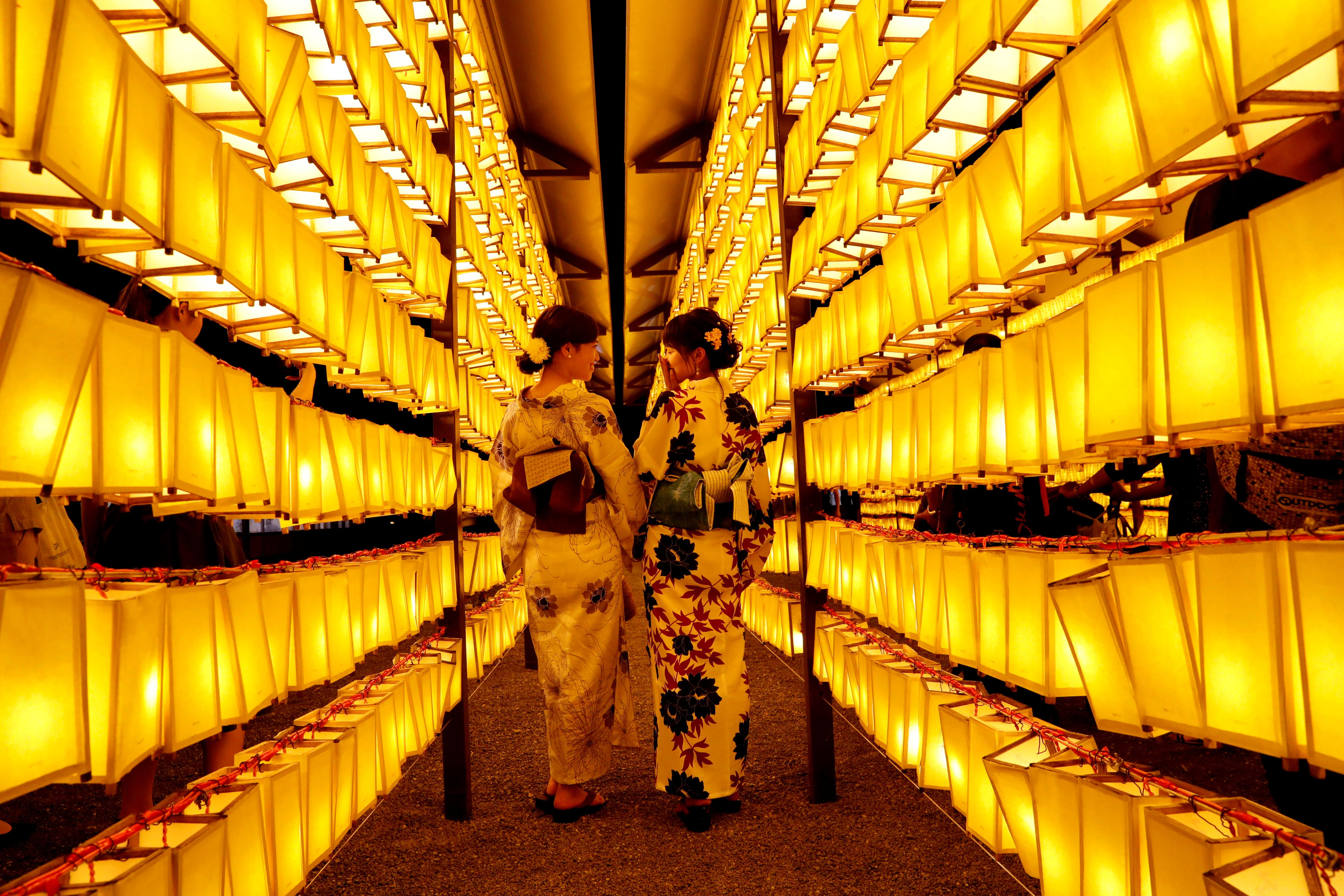 One proposal is to expand the nearby Chidorigafuchi National Cemetery, dedicated to unidentified war dead, into an alternative memorial site. A 2002 panel called for a state-run, secular facility for war dead. Neither idea gained traction.

Others have suggested dropping the Class-A war criminals from the list of those honoured, but shrine officials say that is impossible.