President Trump went head-to-head with Mr Biden in a fiery debate on Tuesday, which descended into squabbling, bickering and insults. Mr Trump questioned Mr Biden’s intelligence before Mr Biden called him a clown, telling him to be quiet and asking: “Will you shut up, man?” All while the world was watching on.

As the pair fail to see eye-to-eye, an assessment from a top US official warns foreign powers will use “covert and overt influence measures” to try to sway US voters, singling out Russia, China and Iran.

Amid the concerns, footage of Mr Biden – then Vice President – at the opening of the US-China Strategic And Economic Dialogue in Washington DC has resurfaced.

He said in 2013: “We made it a time of transition on both sides. China has a new President and new leaders.

“I’ve had the great pleasure and honour of spending a fair amount of time with President Xi when President Hu and President Obama thought the two Vice Presidents should get to know one another. 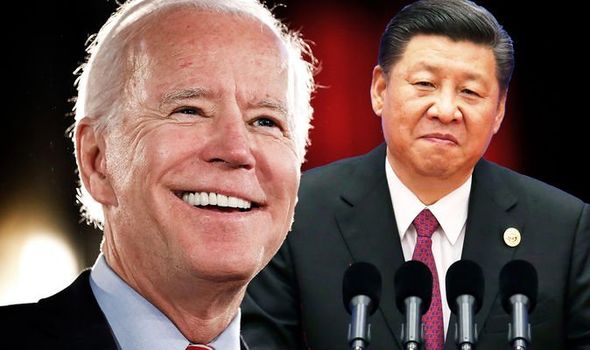 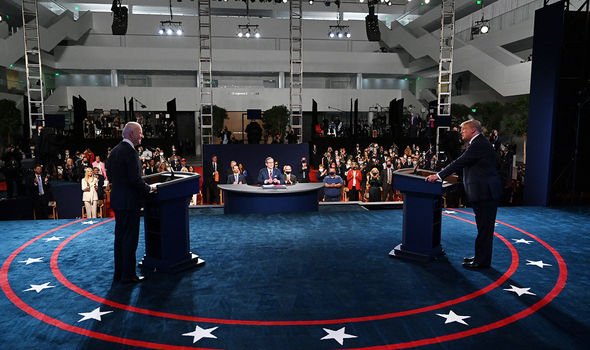 “We ended up spending about 10 days together, five in each of our countries, travelling around and you get to know someone fairly well.

“When I congratulated him on his elevation, I asked if he could possibly help me, but he made no commitment whatsoever.

“All kidding aside, we welcome and look forward to the transition that is taking place on both sides.”

But Mr Biden’s comments are back in the spotlight again.

US-China relations have deteriorated markedly since then, with President Trump slapping tariffs on the country to correct what he says have been years of one-sided trade agreements. 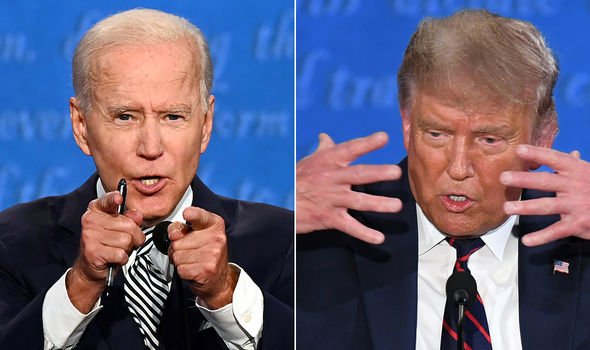 Top intelligence officials have speculated that while Russia would prefer a Trump victory in 2020, both China and Iran would be banking on Mr Biden.

In his assessment, the head of the National Counterintelligence and Security Centre (NCSC) William Evanina said US intelligence believes “China prefers that President Trump – whom Beijing sees as unpredictable – does not win re-election”.

He explained: “China is expanding its influence efforts to shape the policy environment in the US, pressure political figures it views as opposed to China’s interests, and counter-criticism of China.”

Mr Evanina added: ”China will continue to weigh the risks and benefits of aggressive action.” 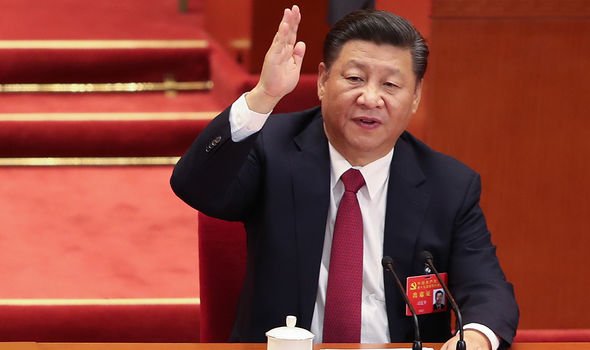 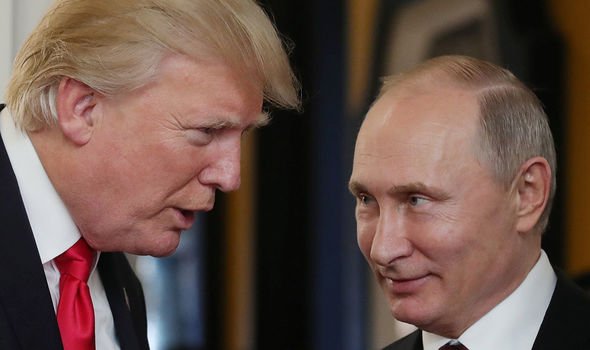 China has denied interfering in other countries’ domestic affairs, saying it is not “interested or willing to do so”.

And despite the claims, Mr Biden has promised to be “firm on China” if elected in November.

He added last week: “I will be firm on China’s violation of human rights, militarization in the South China Sea and a whole range of things.

“Recent analysis points out that China knows I will be straight but they are also worried that I will be tough.

“I make no excuses for that, none whatsoever.”