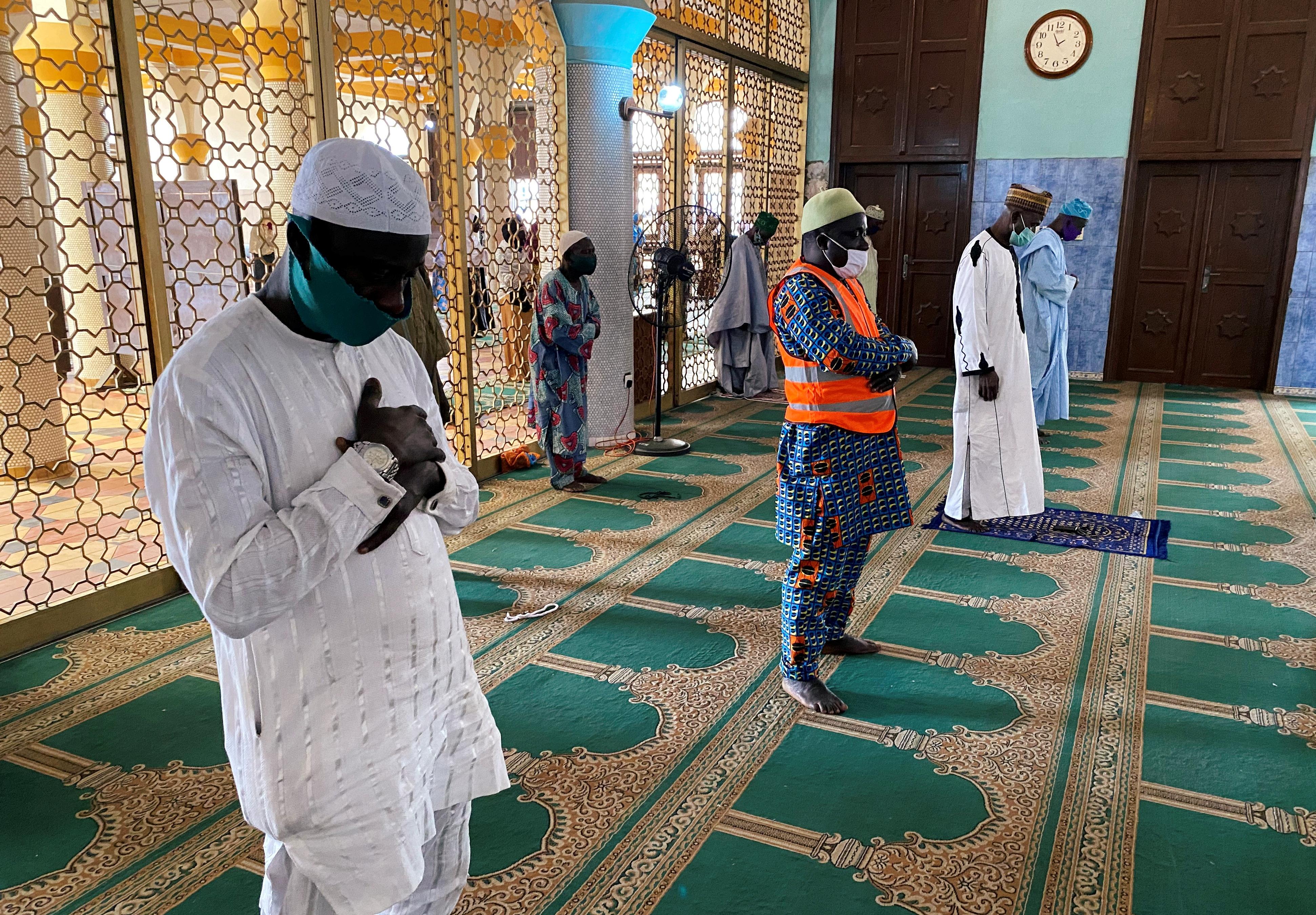 LAGOS (Reuters) – In a crowded district of Lagos Island, 44-year-old Isiaka Babatunde weaves through a throng of people and stops at a shop piled high with hats.

Wearing a green face mask and a crisply pressed traditional white suit, he carefully selects a matching white kufi cap on his way to join fellow Muslims at a mosque for the first time in four months in Nigeria’s commercial capital.

“I am very happy today,” Babatunde told Reuters. “We have been praying at home all this while due to the pandemic. There was nothing we could do about it.”

Lagos state is allowing in-person religious services from Friday for the first time since it implemented a lockdown in March to halt the spread of the coronavirus. Services can be no more than 50% full, and only held once per week.

Lagos is the epicentre of the outbreak in Nigeria, Africa’s most populous country. The state, which is home to the 20-million-strong megacity of the same name, currently has 15,627 confirmed cases and 192 deaths.

Religious services have been linked to mass outbreaks elsewhere in the world, including France and the United States.

But religion plays a large role in the lives of most Nigerians, who are broadly split between Christianity and Islam. Many are keen to return to the services and communities they left at the start of the outbreak.

In the streets surrounding the mosque, where worshippers prayed at a distance, there was little space between the vendors and shoppers. So some felt the mosque, with its restrictions, was safe.

“I was scared of coming today,” said female entrepreneur Rafiat Ajoke-Thomas. “But when I learnt that … it is going to be like a hundred people, I felt like coming.”