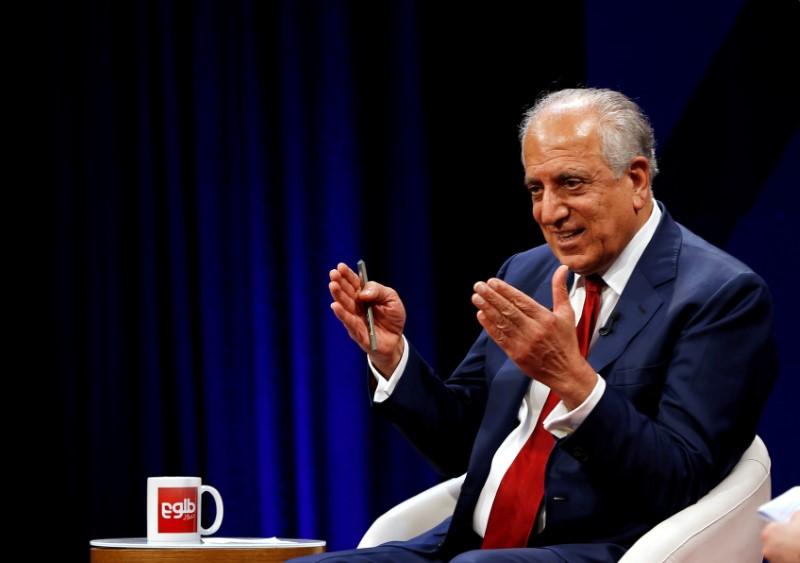 WASHINGTON (Reuters) – The U.S. special envoy for Afghanistan sounded upbeat on Monday about the chances for peace talks starting between the Kabul government and the Taliban militant group but suggested further prisoner releases were needed first.

Speaking to reporters, U.S. Ambassador Zalmay Khalilzad also sought to play down an independent U.N. experts report that ties between the Taliban and al Qaeda remain close despite the Taliban’s pledge to cut such links.

Khalilzad, who helped broker a Feb. 29 U.S.-Taliban troop withdrawal agreement, said the Afghan government has freed 2,400 to 2,500 Taliban prisoners since that pact was reached and the militant group has freed more than 400 government detainees in return.

“We are in a good place,” Khalilzad said, adding that levels of violence in Afghanistan have remained relatively low since May’s Eid al-Fitr ceasefire. “We are optimistic that finally we’re moving forward to the start of the intra-Afghan negotiations.”

Under the U.S.-Taliban deal – to which the Afghan government was not a party – the United States committed to reduce its military footprint in Afghanistan to 8,600 troops by mid-July and, conditions permitting, to zero by May 2021. U.S. troop strength already is down to nearly 8,600, U.S. and NATO officials said last week.

Khalilzad said the United States was trying to help resolve the prisoner issue and “we are hoping that violence will stay low. So with the release of prisoners, we can begin inter-Afghan negotiations.”