KIEV (Reuters) – Authorities in Kiev sealed off a 1,000-year-old Orthodox Christian monastery on Monday after reporting that two of its members had died and more than 90 had contracted the coronavirus, accounting for around a fifth of the Ukrainian capital’s cases. 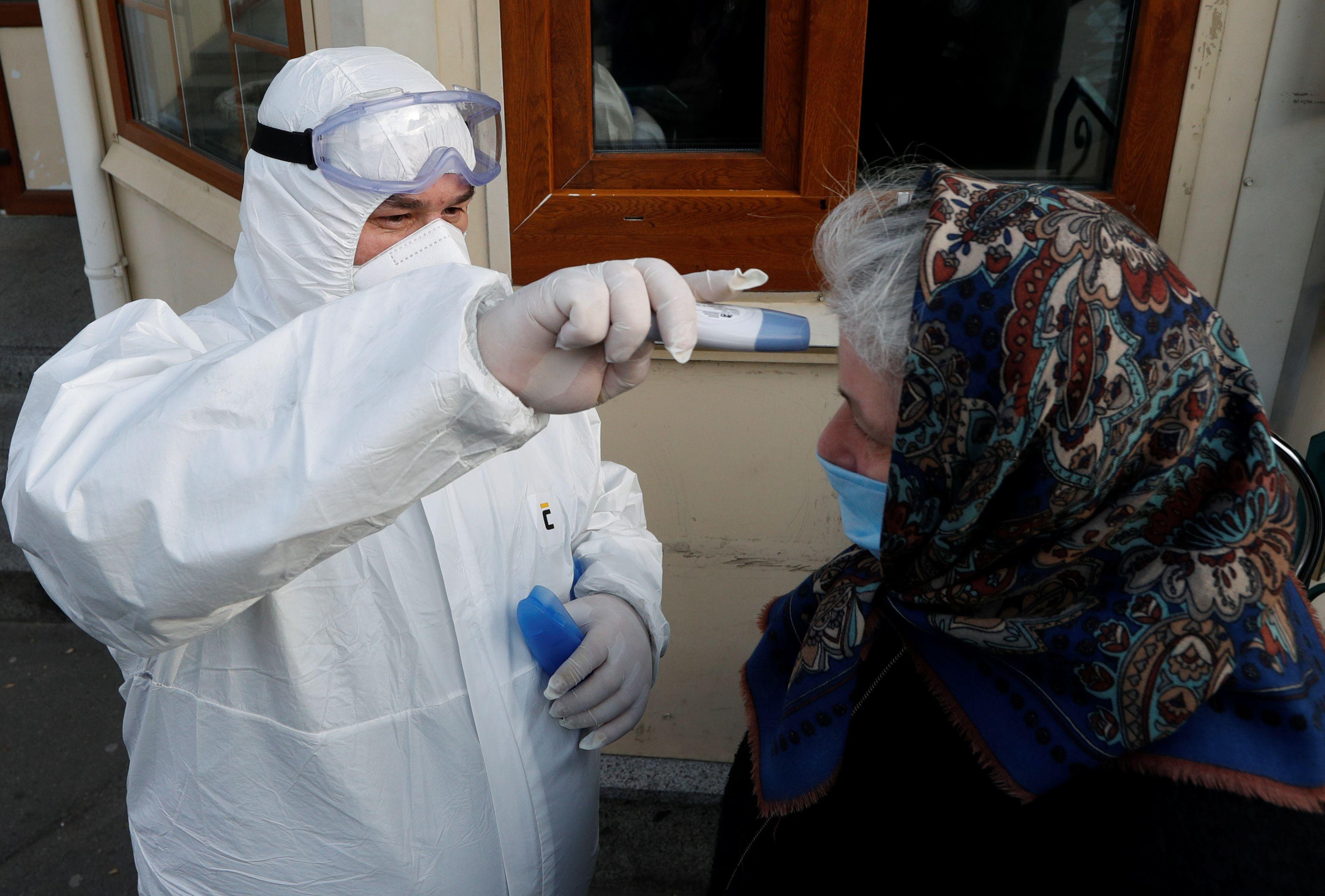 The city administration has dispatched doctors and mobile X-ray machines to the sprawling Kiev Pechersk Lavra complex, the headquarters of the Russian-backed wing of the Ukrainian Orthodox Church known as the Moscow Patriarchate.

“We must have a real picture of the outbreak,” Kiev Mayor Vitali Klitschko said in a statement.

The Moscow Patriarchate had initially asked worshippers to ignore government-imposed lockdown measures, which include a ban on church gatherings, and urged people to come to church and hug each other.

But it later fell in line with the quarantine rules, closing its churches to the general public and disinfecting buildings. The monastery’s head, Metropolitan Pavel, told Reuters last week he had underestimated the problem.

The monastery is one of Ukraine’s cultural treasures, known for its labyrinthine caves housing the mummified bodies of monks. Police now guard its entrances and medical teams take the temperatures of those going in and out.

Several clergymen are in hospital, including Pavel himself. Vadym Novynskyi, a lawmaker and wealthy backer of the Moscow Patriarchate, said Pavel’s condition was not serious.

“Yes, he was admitted to the hospital but he already wants to escape from there,” Novynskyi told Reuters. “The doctors just recommended him to stay a day or two to be sure.”

Ukraine has 3,102 confirmed coronavirus cases, including 93 deaths. The authorities have tightened lockdown measures, including making it compulsory to wear a mask in public, in the run-up to Orthodox Easter on April 19.