GLASGOW, Scotland (Reuters) – A man stabbed six people including a policeman in the Scottish city of Glasgow on Friday before he was shot dead by police.

An eyewitness told Sky News she had seen several people covered in blood being treated by emergency services after the incident at a city centre hotel. Armed police arrived within minutes.

Police listed the attacker as the only fatality, despite earlier media reports that he had killed two other people.

Police Scotland Assistant Chief Constable Steve Johnson said the incident had been contained and there was no wider risk to the public.

“The individual who was shot by armed police has died,” Police Scotland said in a statement, adding that they were not looking for anyone else. Police said they were not treating the incident as terrorism.

One eyewitness in the hotel described the scene as “full of blood”.

“I was in my room and I heard loud screams from downstairs,” a man who gave his name as John told the BBC.

“I got worried and went to check what was going on. When I opened the lift it was all blood.”

Police said all the six wounded were men, including the injured officer who was in a critical but stable condition.

The hotel, the Park Inn by Radisson, had been used to house asylum seekers during the coronavirus pandemic, although authorities cautioned against speculating about a motive from that. 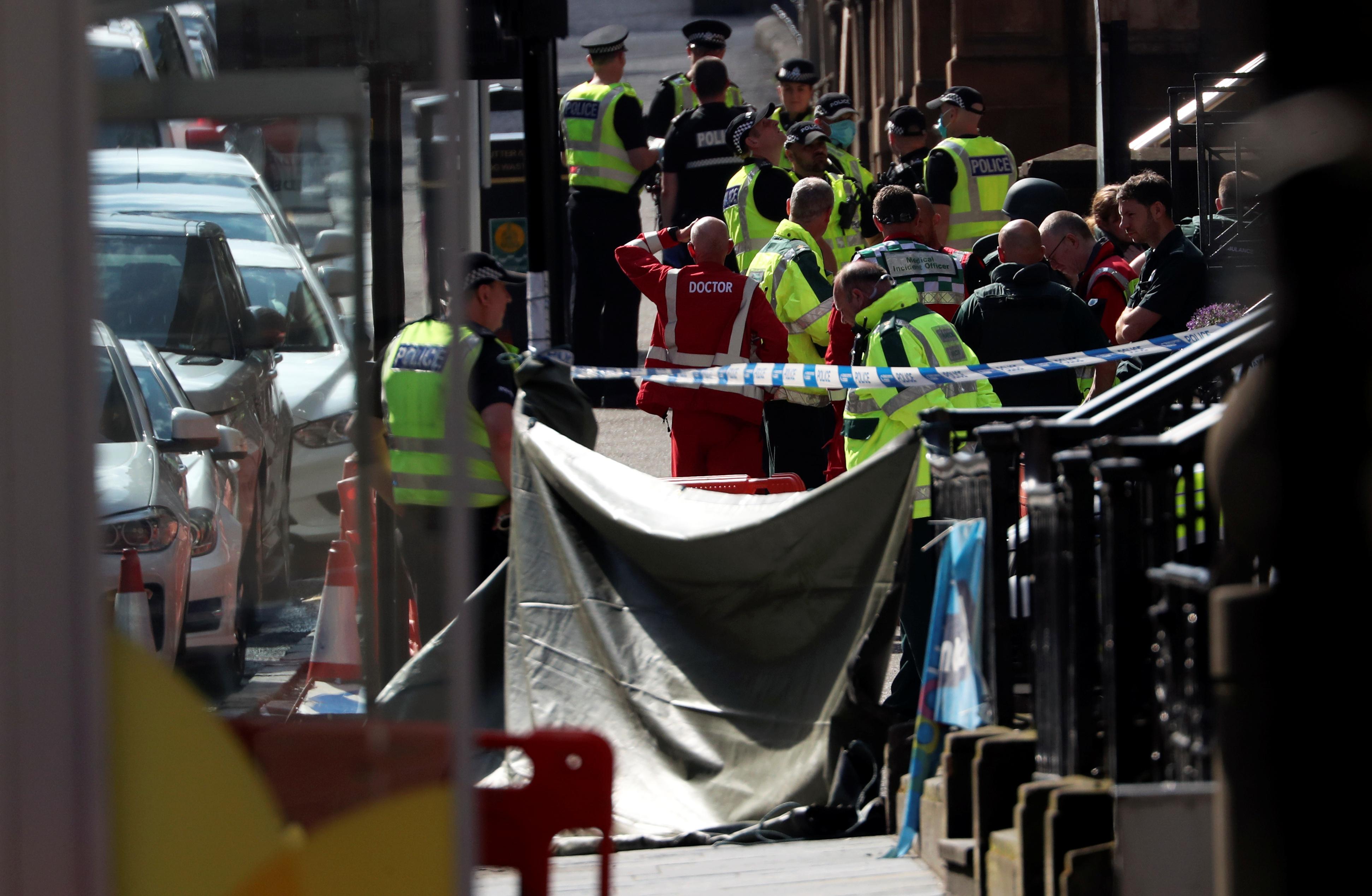 Prime Minister Boris Johnson said he was “deeply saddened by the terrible incident in Glasgow”.

Last week, three people were killed in the southern English town of Reading when a man wielding a knife went on the rampage in a park. Police said they were treating that incident as terrorism.