Call between Mitsotakis and Erdogan focused on the consequences of coronavirus, issues relating to border reopening. 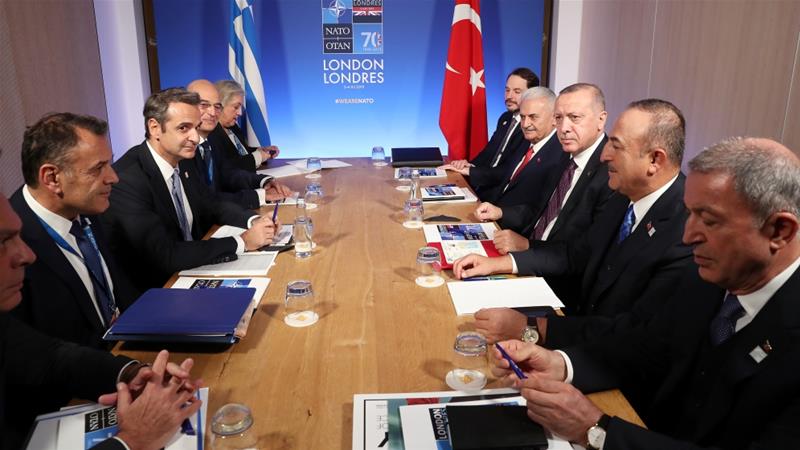 The leaders of Greece and Turkey held a rare phone conversation, after months of increasing tension between the two neighbouring countries.

Greek Prime Minister Kyriakos Mitsotakis and Turkish President Recep Tayyip Erdogan on Friday addressed ways of handling the effects of the coronavirus pandemic, the reopening of borders and the re-establishment of tourist flows, a statement from Mitsotakis’s office said.

The two “agreed to maintain bilateral channels of communication open”, the statement read.

Erdogan’s office also said the leaders discussed tourism, security, as well as cooperation on economic issues and the battle against COVID-19.

A Greek source with knowledge of the meeting told The Associated Press news agency however that the two leaders did not discuss policy matters.

Discussions focused on broader talks within the European Union on the access of nationals from third countries when borders open to tourists. The official said Greece does not in principle object to supporting Turkey’s inclusion in the list of countries that would have access.

Tensions between NATO allies Greece and Turkey have been high in recent months.

Athens has accused Ankara of using migrants to pressure it, after Turkey declared in late February that its  borders to the EU were open to all those who wanted to cross.

Thousands of migrants gathered at Turkey’s border with Greece, demanding to be allowed in.

Greece and Turkey are also at loggerheads over oil and gas exploration rights in the Mediterranean and over territorial issues in the Aegean Sea dividing the two countries.

The two have come to the brink of war three times since the mid-1970s.