BEIRUT (Reuters) – Lebanon’s prime minister announced his government’s resignation on Monday, saying a huge explosion that tore through Beirut and caused public outrage was the result of endemic corruption.

While the move by Prime Minister Hassan Diab attempted to respond to popular anger about the Aug. 4 blast, many Lebanese calling for a complete overhaul of the political establishment will not be placated.

The detonation at a port warehouse of what authorities said was more than 2,000 tonnes of ammonium nitrate killed at least 163 people, injured more than 6,000 and destroyed swathes of the Mediterranean capital, compounding months of political and economic meltdown.

“Today we follow the will of the people in their demand to hold accountable those responsible for the disaster that has been in hiding for seven years, and their desire for real change,” Diab said in a speech announcing the resignation.

The resignation plunged Lebanese politics deeper into turmoil and may further hamper already-stalled talks with the International Monetary Fund (IMF) on a financial rescue plan.

The talks, launched in May, were put on hold due to inaction on reforms and a row between the government, banks and politicians over the scale of vast financial losses.

Diab said corruption did not stop at Beirut port but was “spread throughout the country’s political and administrative landscape” under the protection of a “class controlling the fate” of the country.

President Michel Aoun asked Diab’s government – formed in January with support from the powerful Iran-backed Hezbollah group and its allies – to stay as a caretaker until a new cabinet is formed.

Ahead of Diab’s announcement, demonstrations broke out for a third day in central Beirut, with some protesters hurling rocks at security forces guarding an entrance leading to parliament, who responded with tear gas.

For many ordinary Lebanese, the explosion was the last straw in a protracted crisis over the collapse of the economy, corruption, waste and dysfunctional governance, and they have taken to the streets demanding root-and-branch change.

“The entire regime needs to change. It will make no difference if there is a new government,” Joe Haddad, a Beirut engineer, told Reuters. “We need quick elections.”

The system of government requires Aoun to consult with parliamentary blocs on who should be the next prime minister, and he is obliged to designate the candidate with the greatest level of support among parliamentarians.

Forming a government amid factional rifts has been daunting in the past. Now with growing public discontent with the ruling elite over the blast and a crushing financial crisis, it could be difficult to find a candidate willing to be prime minister.

After former premier Saad Hariri stepped down in Oct. 2019 amid anti-government protests over perceived corruption, it took over two months to form Diab’s government. 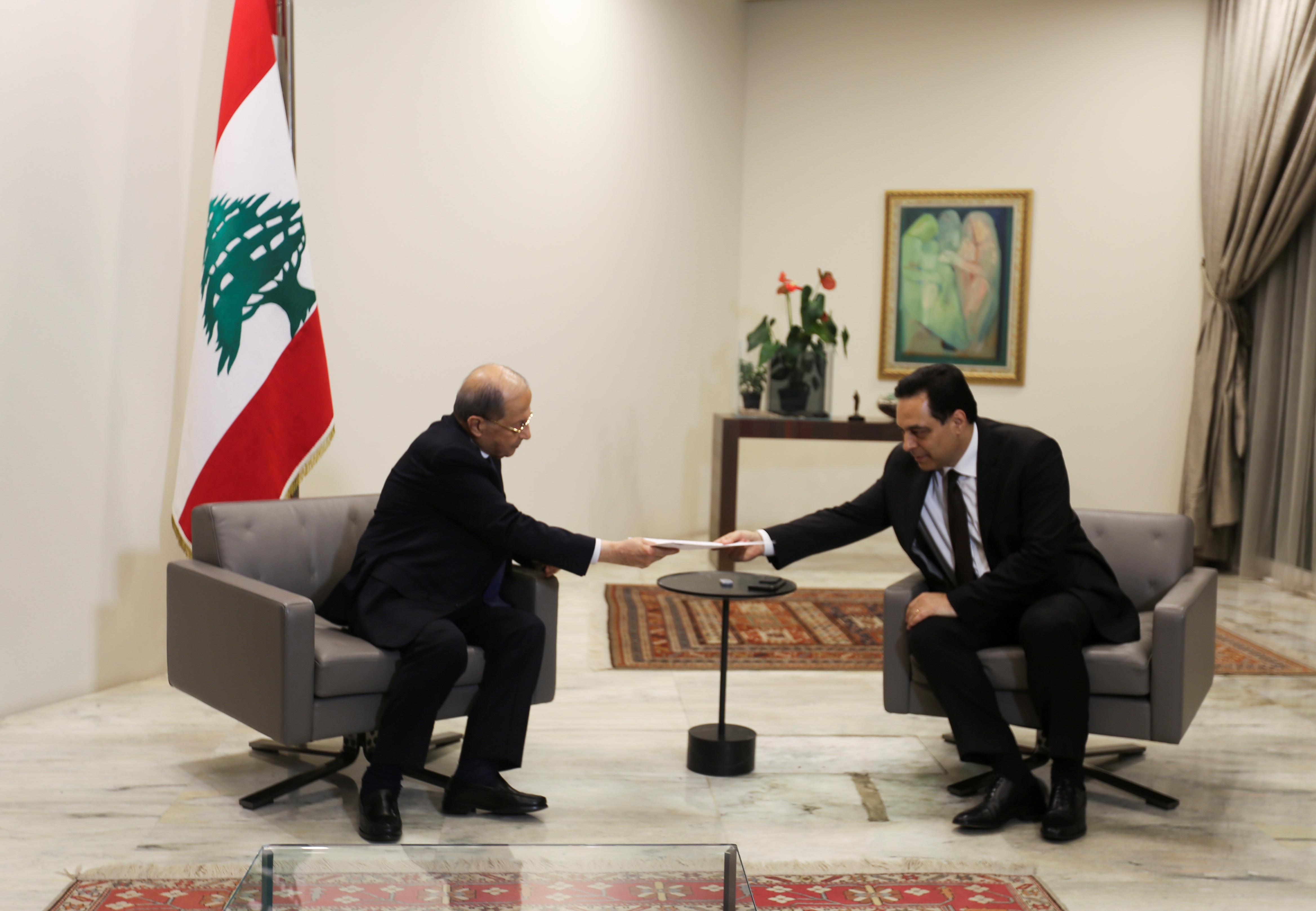 Diab said on Saturday he would request early parliamentary elections.

Aoun has said explosive material was stored unsafely for years at the port. In later comments, he said the investigation would consider whether the cause was external interference as well as negligence or an accident.

The cabinet decided to refer the investigation of the blast to the judicial council, the highest legal authority whose rulings cannot be appealed, a ministerial source and state news agency NNA said. The council usually handles top security cases.

Lebanese, meanwhile, are struggling to come to terms with the scale of losses after the blast wrecked entire areas.

“The economy was already a disaster and now I have no way of making money again,” said Eli Abi Hanna, whose house and car repair shop were destroyed. “It was easier to make money during the civil war. The politicians and the economic disaster have ruined everything.”

The Lebanese army said on Monday that another five bodies were pulled from the rubble, raising the death toll to 163. Search and rescue operations continued.

Anti-government protests in the past two days have been the biggest since October, when angry demonstrations spread over an economic crisis rooted in pervasive graft, mismanagement and high-level unaccountability.

An international donor conference on Sunday raised pledges worth nearly 253 million euros ($298 million) for immediate humanitarian relief, but foreign countries are demanding transparency over how the aid is used. 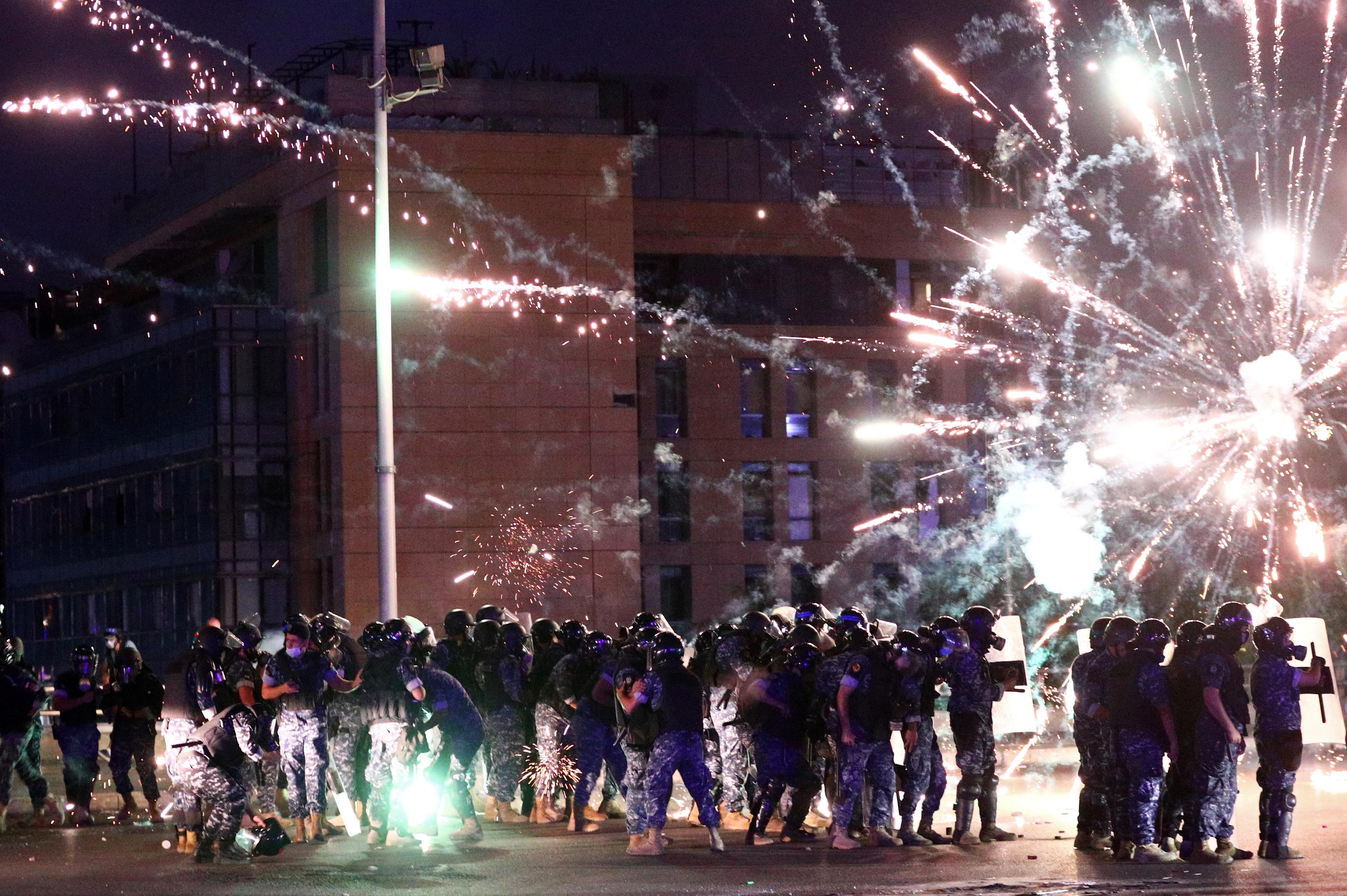 Some Lebanese doubt change is possible in a country where sectarian politicians have dominated since the 1975-90 conflict.

“It won’t work, it’s just the same people. It’s a mafia,” said Antoinette Baaklini, an employee of an electricity company that was demolished in the blast.