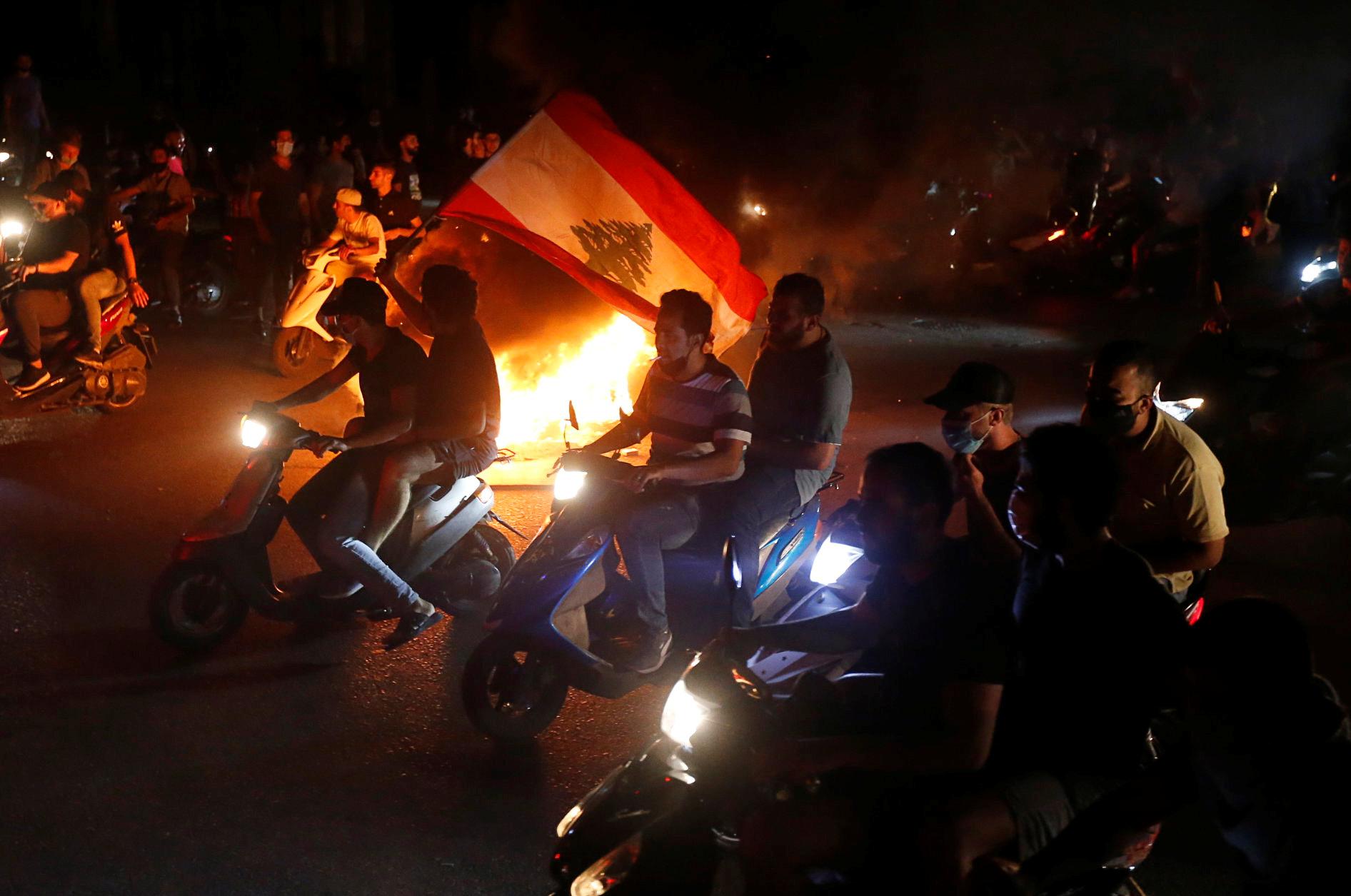 BEIRUT (Reuters) – Lebanese cut roadways with burning tyres and rubbish bins across Beirut and other cities on Thursday in renewed protests sparked by a rapid fall in the pound currency and mounting economic hardship.

The pound slid to about 5,000 to the dollar on Thursday and has lost 70% of its value since October, when Lebanon descended into a financial crisis seen as the biggest threat to stability since the 1975-90 civil war.

From the northern city of Tripoli to the southern city of Sidon, Lebanese chanted against the political elite and set fire to major roadways across the country in the most widespread unrest since a coronavirus lockdown imposed in mid-March.

“We can’t afford to eat or pay rent or anything like that, so we will stay here until the dollar rate goes down and we get all our demands,” said Manal, a protester in central Beirut.

Prime Minister Hassan Diab called for an emergency Cabinet meeting to be held on Friday to discuss the monetary situation, a statement from his office said.

The crisis, rooted in decades of corruption and waste, has brought soaring food prices and unemployment and capital controls that have severed Lebanese from their hard currency savings.

The unrest comes as Beirut holds talks with the International Monetary Fund for a reform programme it hopes will secure billions of dollars in financing and put its economy back on track.

World’s oldest bird, Wisdom the albatross, hatches chick at the age of 70