In the week it’s revealed 200,000 pupils will start secondary school barely able to read, teachers union NASUWT have decided that the real issue is a racist curriculum.

Rather than concentrating on teaching kids the stuff they actually need, the union has used its annual conference to pass a motion that subjects such as maths, science and cookery need to be “decolonised”.

This evidently involves making sure children are as aware that maths originated in the Middle East as they are of what 2+2 makes.

The idea was put forward by former president of NASUWT Michelle Codrington-Rogers, who said: “All subjects need to ensure black visibility in their teaching – design tech and modern foreign languages, science and English, music and geography, art and maths, computer science and citizenship, food technology and drama – and all subjects have a responsibility to change the narrative that black people only have a history of enslavement and colonisation.”

Which is of course an important point. But surely the priority has to be making sure all kids get a decent education before the politics?

It was the American inventor George Washington Carver who first voiced the opinion: “Education is the key to unlock the golden door of freedom.” A truism subscribed to and echoed by hugely successful people like Barack Obama and Oprah Winfrey.

And never has it been more important than to disadvantaged working-class kids no matter what the colour of their skin.

I’ve told this story before but my East End grandparents were so poor that education was non-existent. And it influenced everything they did for their rest of their lives. As well as making my naturally bright grandad incredibly sad.

It was shocking and depressing we still had youngsters who struggled with even the ­basics before the pandemic struck. Now, ­getting kids back on track educationally is one of our most important priorities.

Yes, children need to understand the ­myriad of different cultures we have the joy of experiencing but when they’re leaving ­without the very fundamental building blocks for successful careers and adulthood? 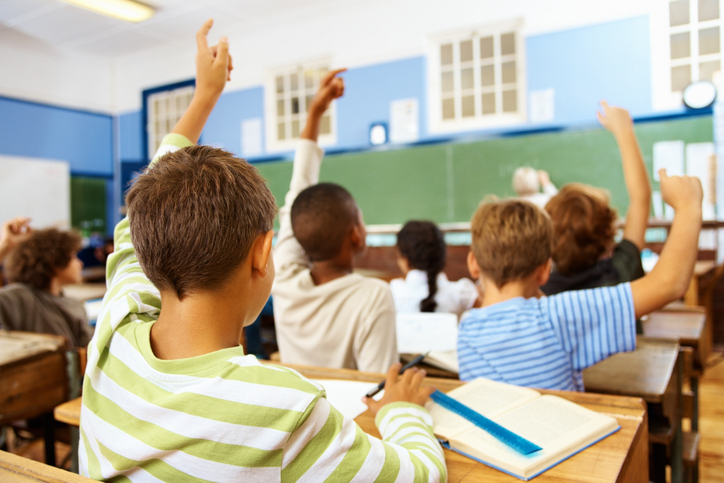 We have some brilliant teachers in this country, those who will inspire their pupils for the rest of their lives. It’s an incredibly tough job to get right and there were plenty of union members who voiced unease about this issue.

An issue that looks likely to begin even earlier than primary school, by the way. Also this week the Early Years Coalition, which represents tens of thousands of pre-school centres, said nursery teachers should be trained in “understanding white privilege” and help their charges recognise “racist behaviours”.

We are talking about toddlers. Who just see other toddlers to play with.

Even a headteacher (at London’s Pimlico Academy) who thought his job was to educate his pupils to achieve brilliant things has been taken to task for “racist” school uniform and hairstyle rules. The kids responded by burning the Union flag and vandalising their classrooms. And were applauded for it.

So, leaving you with the words of someone who says it better than I ever can: “If we are not careful, our colleges will produce a group of close-minded, unscientific, illogical propagandists, consumed with immoral acts. Be careful, ‘brethren!’ Be careful, teachers!”