Massive thunderstorms have crashed into eastern Indian state of Bihar and more have been forecast in the days leading up to the weekend. Seven deaths were reported in Kaimur district, while Patna and Bhojpur reported four deaths each. The remaining five deaths came from Jehanabad, Arwal, Rohtas, Aurangabad and Siwan.

The state’s chief minister, Nitish Kumar, said 400,000 rupees (£4,154) will be given as compensation to families of those who died.

He also wants state officials to install lightning arresters that prevent lightning from striking an object and instead divert electricity into the ground where it harmlessly disperses.

Mr Kumar tweeted: “The death of 20 people in eight districts of the state due to lightning is tragic.

“An ex-gratia grant of Rs 4 lakh each will be given immediately to the dependents of the deceased. 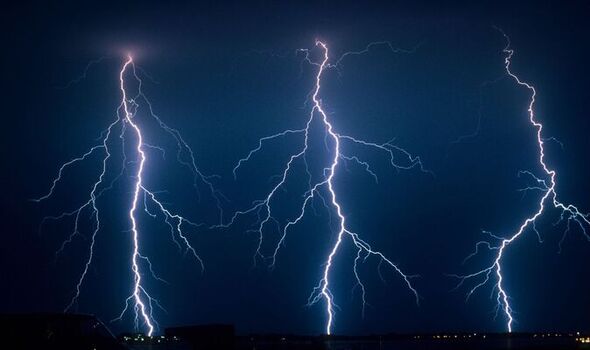 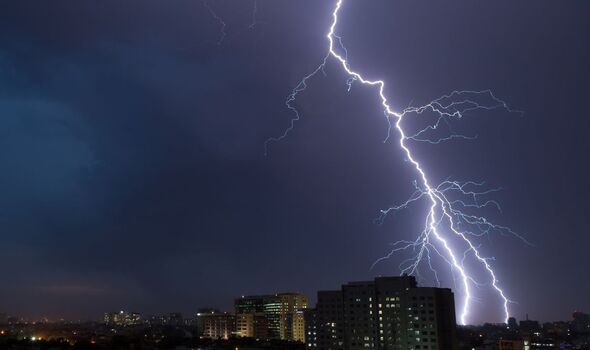 “Be careful in bad weather. Follow the suggestions issued by the Disaster Management Department to prevent thunderstorms.

Officials at the Patna office of the India Meteorological Department (IMD) have forecasted more heavy rain across the state until this Saturday.

Weather department official Kamini Kumari said: “Light to moderate rain will occur at a majority of places (in the state) this week. 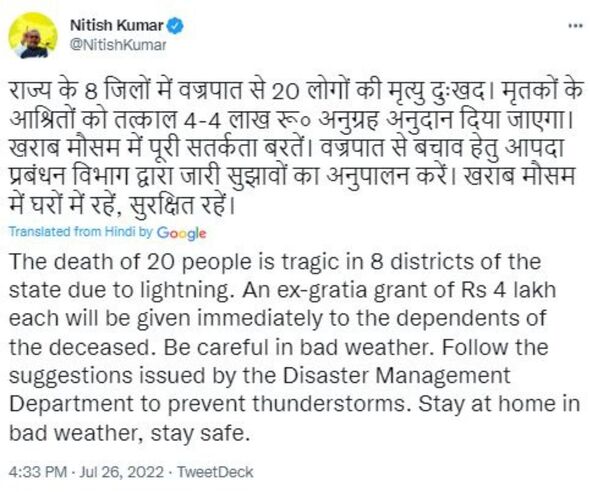 “Fairly widespread rain accompanied with lightning and thunderstorm is likely across the state until July 30.”

Last week, yellow weather warnings for heavy rainfall had been issued for isolated areas in Purnia, Kishanganj and Supaul, and for thunder and lightning in northern and south-eastern parts of the state last Saturday.

A fresh spell of heavy rain had been forecast for the state today and tomorrow.

India has recently experienced a surging number of lightning events, with hundreds of people killed in the country each year in thunderstorms at the start of the monsoon season. 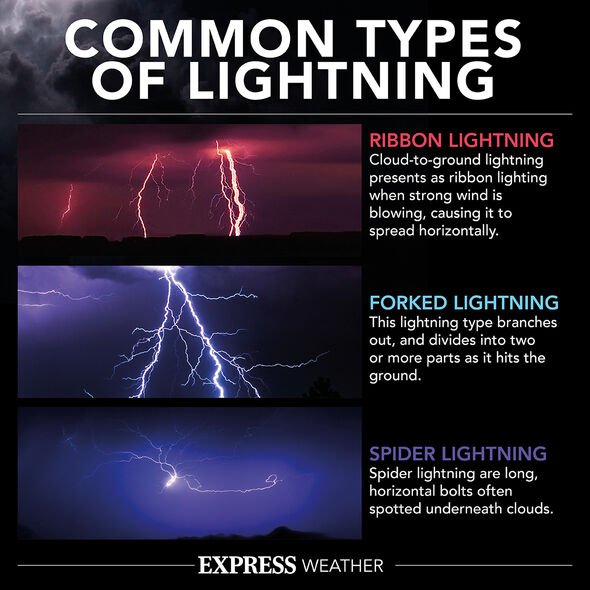 The number of lightning strikes has increased to the point that India recorded more than 18million of them between April 2020 and March 2021, according to the Climate Resilient Observing Systems Promotion Council.

Lightning strikes killed nearly 3,000 people in 2019 while the year before, the southern state of Andhra Pradesh recorded a staggering 36,749 lightning strikes in just 13 hours.