Lightning will fork through the skies in several regions today, as the country battles off the remnants of a blustery week. Two storms, Ellen and Francis, ripped into the UK in a matter of days, pouring out inches of rain and whipping up gale-force winds. Although they have officially passed, weather warnings remain, and lightning trackers have captured flashes across those warning areas.

Where is lightning striking right now?

The Met Office has levelled two warnings over the UK today, with one covering parts of the north-east and another in the south.

Forecasters warned people could experience heavy rain, with rainfall totals of up to 40mm (1.5 inches) maximum in the warning area.

Lightning has rained down there primarily, with approximately 71 strikes per minute according to Lightningmaps.org. 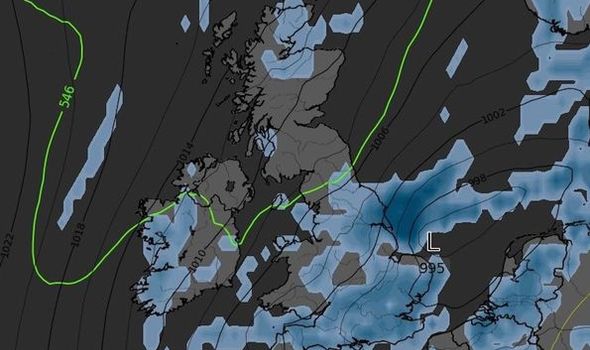 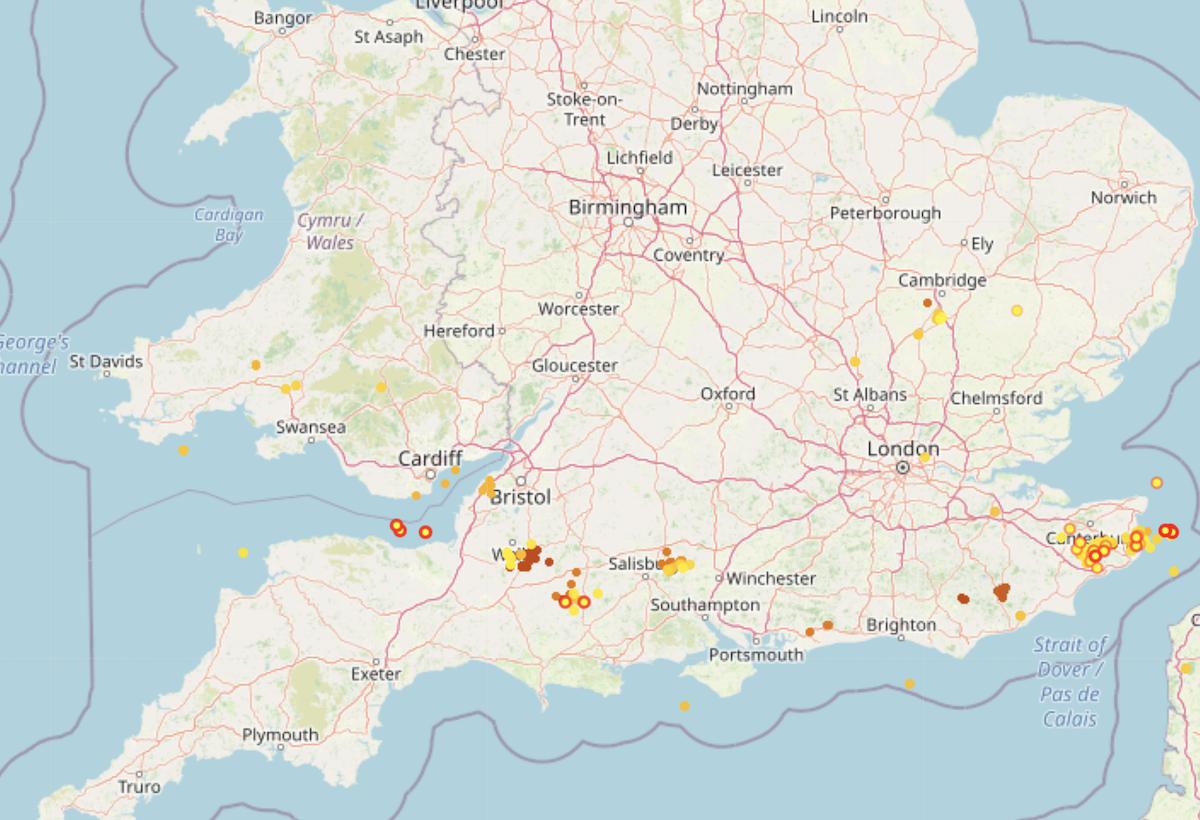 Lightning maps show several distinct clusters passing through the south, sweeping from the east to the west.

One has emerged to the south of Bristol around Glastonbury, with a similar spot to the east of Winchester.

A lightning hotspot has emerged off the coast to the east of Canterbury, where trackers have recorded more than 20 strikes in the last 10 minutes.

A smaller cluster has taken north, off the east coast of the Isle of Sheppy. 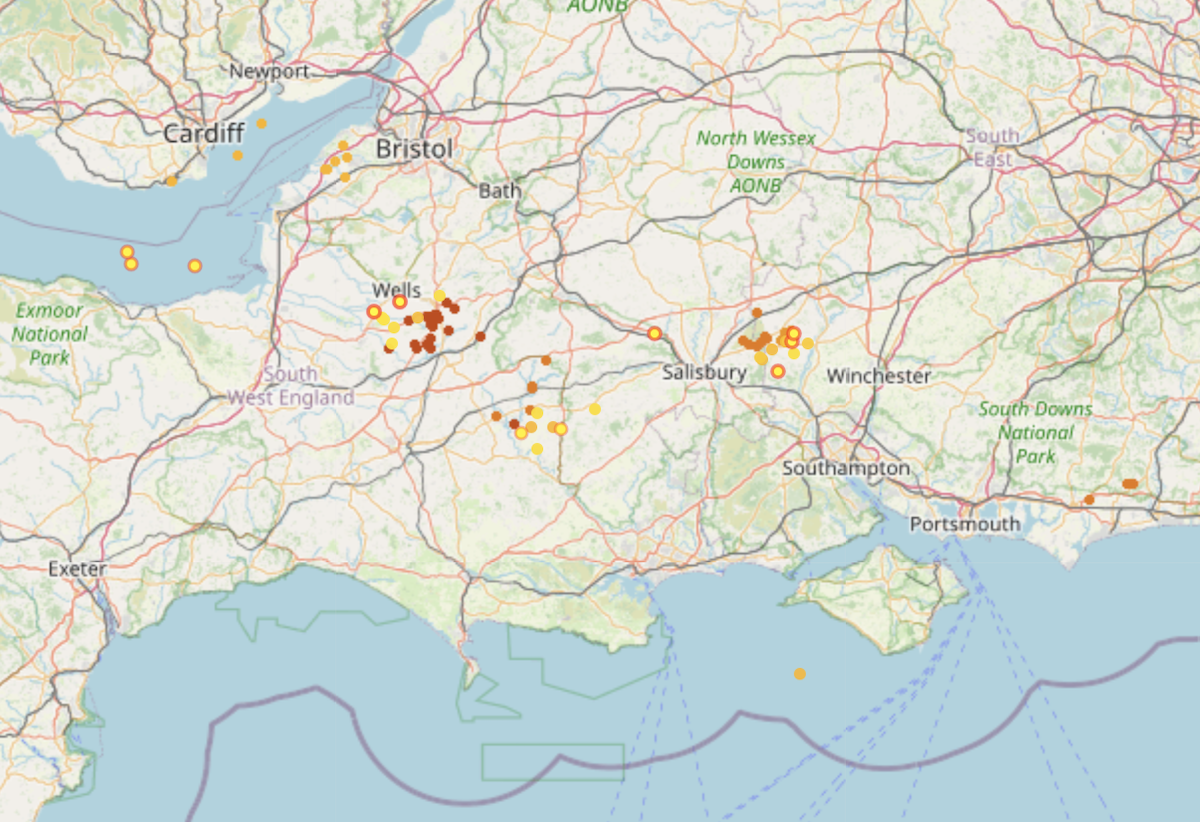 The lightning seems to have come as part of a system which is now moving towards France.

Weather forecasters believe the thunderstorms will likely last into the night at around 8pm.

During this time, inches of rain will accompany the numerous strikes of lightning, causing delays and potential loss of power.

The Met Office revealed the worst of the weather would stick around the Southeast. 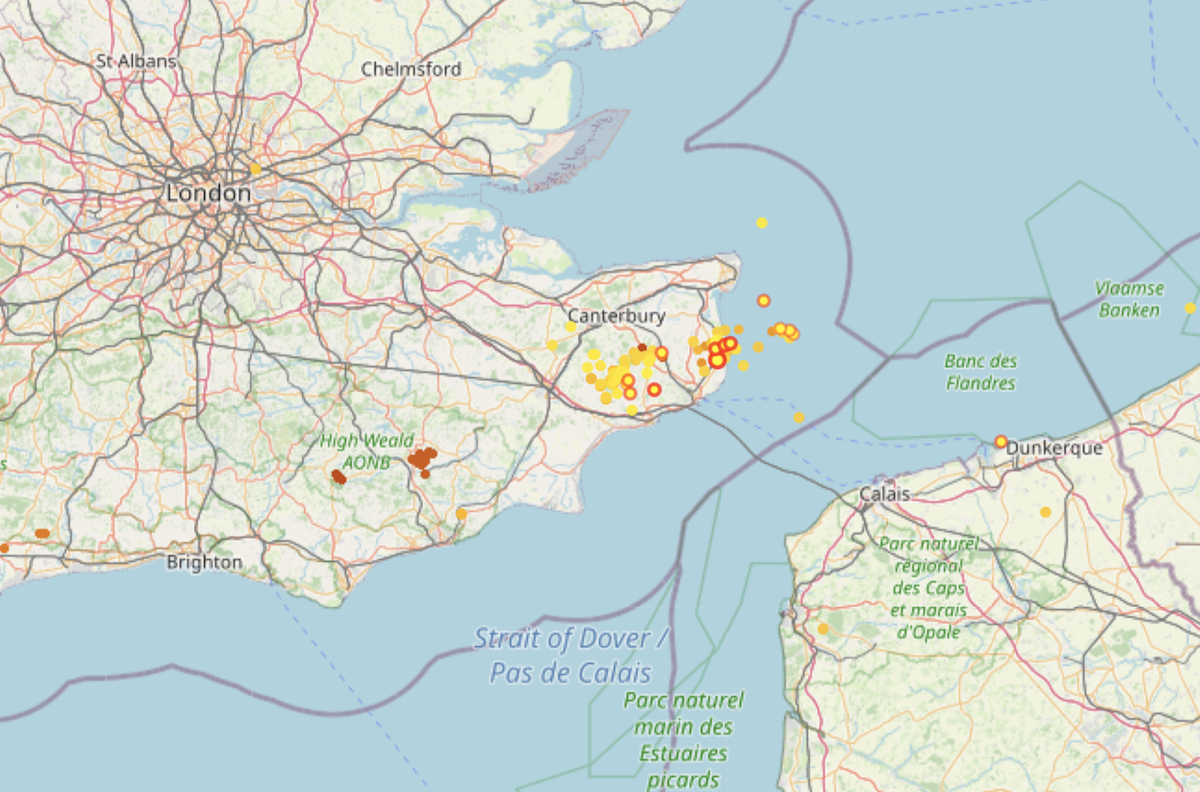 The warning reads: “Heavy showers and thunderstorms are expected to develop quite quickly later on Friday morning, but peaking during the afternoon for many, before probably becoming more restricted to the southeast and south coastal counties towards evening.

“Some places will miss the heavier rain, but other locations could see around 20mm (0.5 inches) within an hour and perhaps 30 to 40mm (one to 1.5 inches) in around 3 hours, sufficient to cause issues on the roads.”

The weather will straighten out this weekend, as the country leaves behind the wind and rain in favour of widespread cloud.

Temperatures will remain around 18C, making the bank holiday mild, a change from the last few defined by heatwaves.