SINGAPORE (Reuters) – Singaporeans wearing masks and gloves queued to cast their ballots on Friday under the cloud of the COVID-19 pandemic that is pushing the city-state’s economy towards its worst-ever recession, making saving jobs the focus of the election. 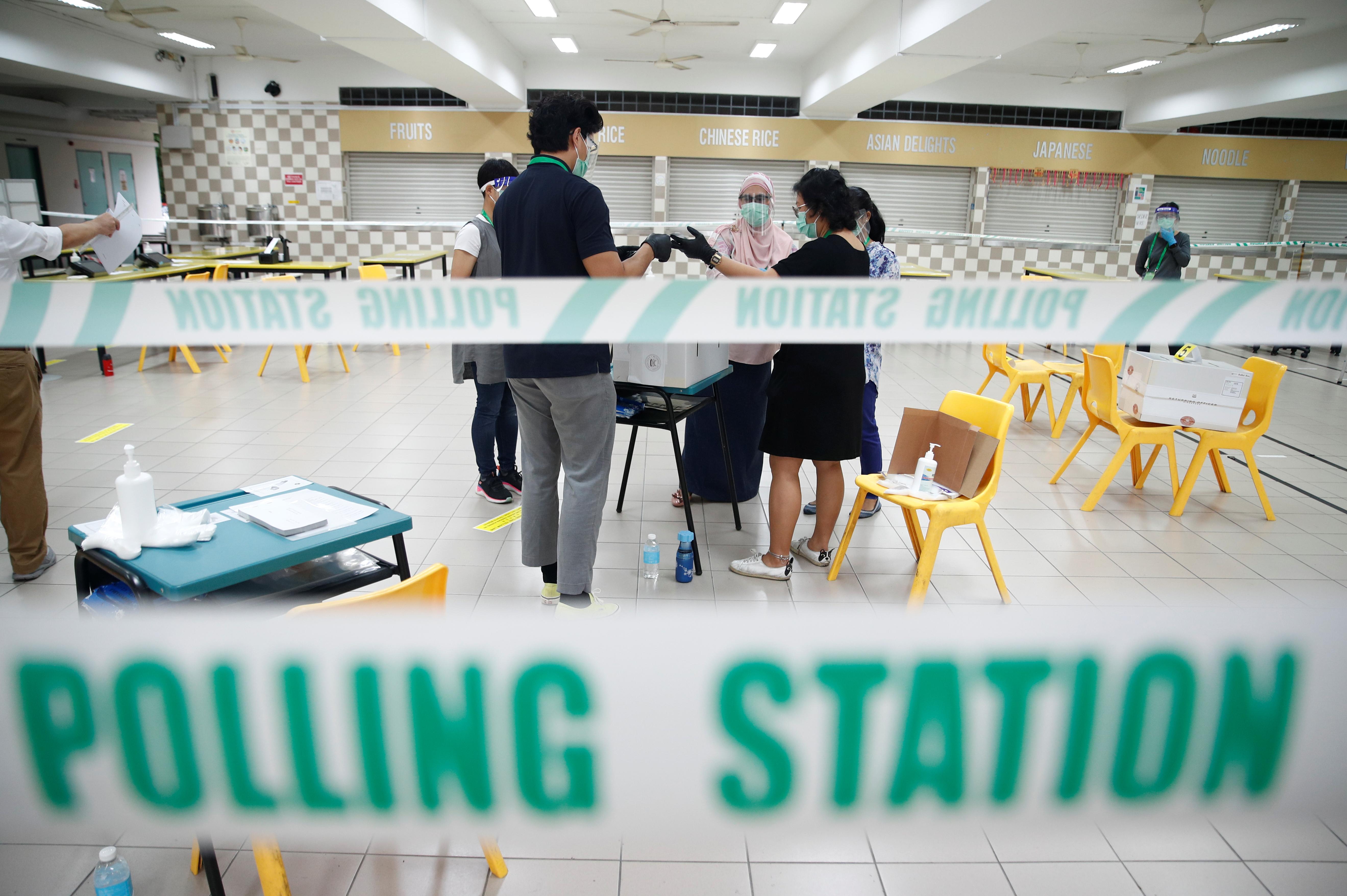 In power since independence in 1965, the ruling People’s Action Party (PAP) is expected to carry Prime Minister Lee Hsien Loong to another comfortable, and probably final victory.

While officials had hoped it would take voters no more than five minutes to cast their ballot, lines formed initially outside some polling stations, where people said they waited up to an hour.

“Looking at the conditions, I am considering if it is worth risking my health just to exercise my voting rights,” said Joseph Lim, 41, a technology professional, though voting is mandatory in Singapore.

The Elections Department said the queues were partly due to additional safety measures and had receded around mid-morning.

Lee, the son of Lee Kuan Yew, Singapore’s founding leader, has held the premiership since 2004, but aged 68 he has already flagged his intention to step aside in coming years. He has sought a fresh mandate to deal with the virus outbreak and its economic fallout.

Seen as a measure of approval for both the government’s response to the coronavirus crisis and the next generation of leaders, the poll results will be closely watched as even small shifts in the PAP’s popularity can lead to major policy changes.

When concerns around immigration and jobs flared in 2011, the PAP polled a record-low 60% of the vote and tightened international hiring rules to address voters’ sensitivities.

As the Asian trade and finance hub emerges from lockdown to face its deepest recession, these concerns are once again to the fore.

Sample counts are expected soon after polling closes at 8 p.m. (1200 GMT) with final results due in the early hours of Saturday.

A record 11 parties are contesting. Political analysts say opposition parties tend to pitch themselves as a check against the PAP’s dominance rather than offering a viable alternative government.

Since easing its lockdown last month, the number of new daily cases in Singapore crept back into double figures last week, excluding the migrant workers living in dormitories where infection rates have been far higher.

Singapore is not the first country in Asia to hold elections during the pandemic – South Korea held parliamentary elections in April. Social distancing rules constrained campaigning, and there were no party rallies allowed.

But, there are just 2.65 million voters in Singapore, and election organisers were counting on a fast, hygienic vote to minimise infection risks.

Voters have to self-scan identity cards, sanitise their hands and pull on disposable gloves before receiving a ballot paper. 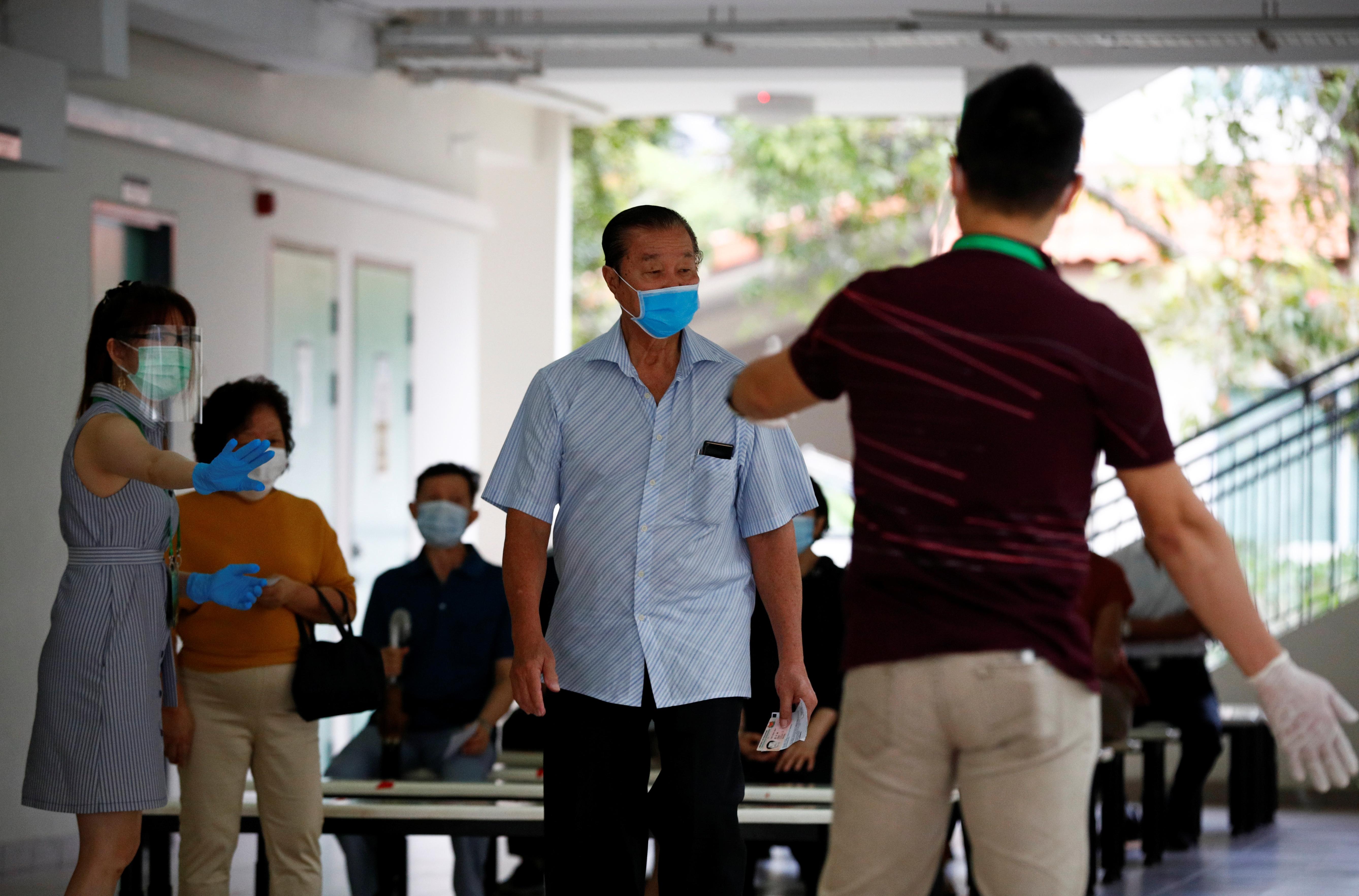 Singapore has one of the lowest COVID-19 fatality rates in the world and initially earned widespread praise for its efforts. But subsequent mass outbreaks in cramped migrant worker dormitories stained that early success, and persuaded the government to keep schools and businesses closed for longer.

The restrictions led to greater political debate and engagement online.

“This election has been great because more people are interested and getting involved in the discussions, especially on social media,” said Suhaila Shaikh, 27.