This weekend was a scorcher for many Britons as weather conditions rose to 23C in some regions of the country.

Temperature maps and charts from Weather Outlook and WX Charts indicate temperatures could reach 31C next weekend on July 18 and 19.

The conditions will be so intense that temperature maps from WXCharts show the south of England and much of Europe turning black.

However, the Met Office has said it is too early to predict and instead said temperatures are likely to remain in the mid-20s. 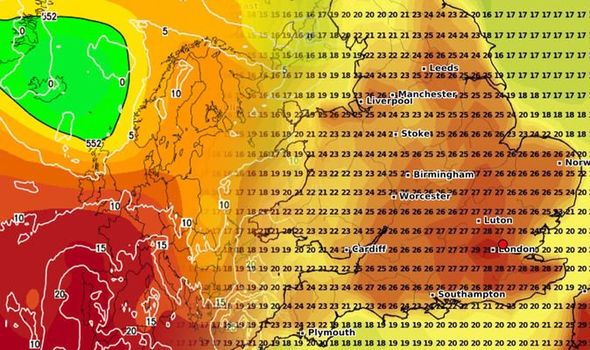 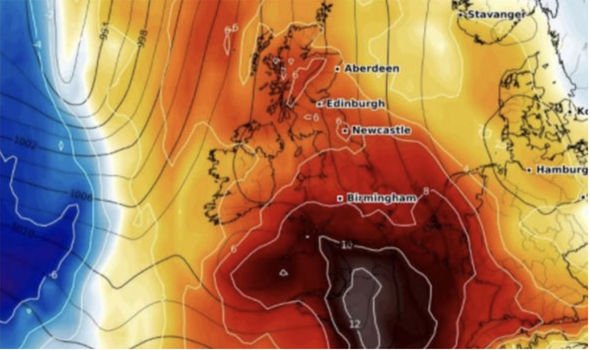 According to the temperature maps from WX Charts, the hottest temperatures will be seen on Sunday, July 26, at around 6pm.

Saturday is likely to be similarly warm, but temperatures will likely remain in the mid to late 20s according to the weather forecaster.

Predominantly, the south-east of England and London will see the hottest temperatures, while the rest of the UK will mainly see temperatures early to mid-20s.

Elsewhere across northwestern Europe, temperatures are forecast to hit 37C in some regions particularly across Spain, the south of France, Portugal and Italy. 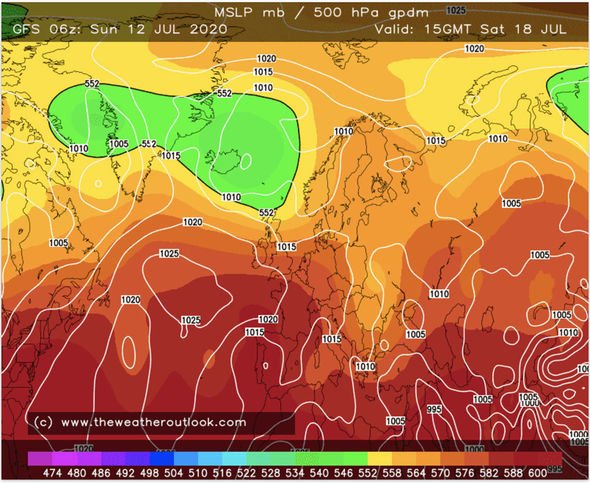 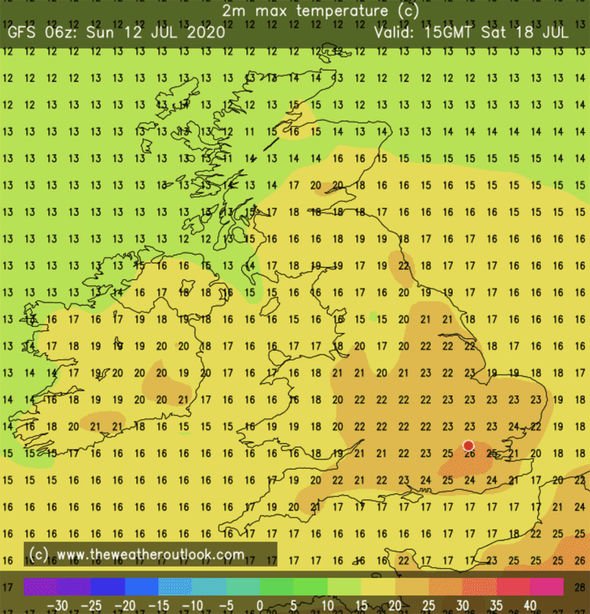 The Met Office forecast for the weekend predicts conditions to be dry for many.

The weather forecast reads: “Through the beginning of the period, it will be mostly dry and settled for many areas, especially in the south of the UK.

“More unsettled conditions with spells of rain and strong winds are likely to affect the north and northwest at times.

“There is a chance that these wetter interludes could spread more widely and affect much of the UK.

“Temperatures are likely to be mostly around normal, although it may become warm for a time in the south and perhaps very warm in the southeast.”

But before the weekend heatwave arrives, there will likely be cooler conditions in the west and north.

There will be warmer conditions in the south-east of England.

On Monday, the weather will be dry sunny and warm in the southeast and East Anglia until late afternoon.

Elsewhere it will be breezy and a little cooler with occasional sunny intervals and scattered showers or outbreaks of rain. 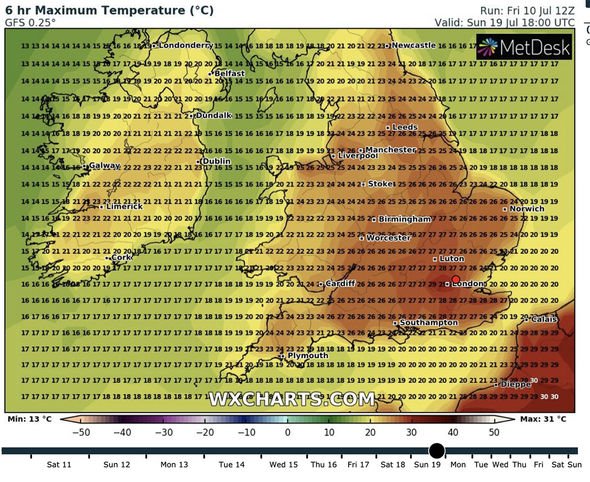 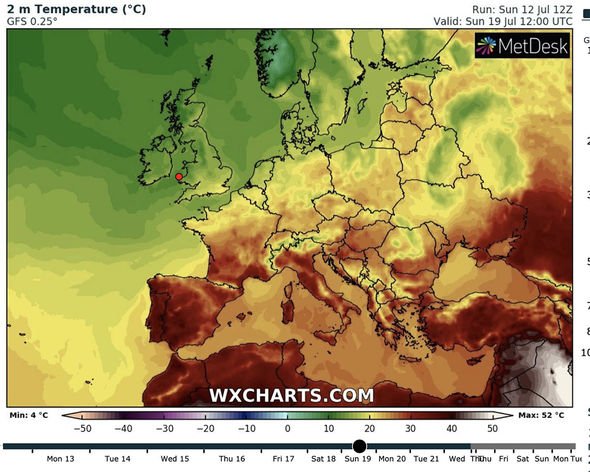 From Tuesday towards the end of the week, conditions will continue to be mainly fine dry but there may be some cloud at times.

Some western and north-eastern parts will be impacted by rain from Tuesday.

From that time, the rain will begin as confined to western coasts and move to the hills thereafter.

Conditions will gradually warm up throughout the latter part of the week.

Bookmaker Coral has slashed their odds on 30C or higher being recorded in the UK next week to 6/4 (from 3/1).

Coral’s John Hill said: “The UK is going to bask in sunshine next week and our betting suggests temperatures could even rise to 30C.

“We still think we are set for the hottest summer ever this year, with a glorious end to this damp month also likely.”