MINSK (Reuters) – Alexander Lukashenko, the leader of Belarus, awarded medals “for impeccable service” on Tuesday to law enforcement officials who have helped him crack down on protesters demanding he step down in the 10 days since an election they say was stolen. 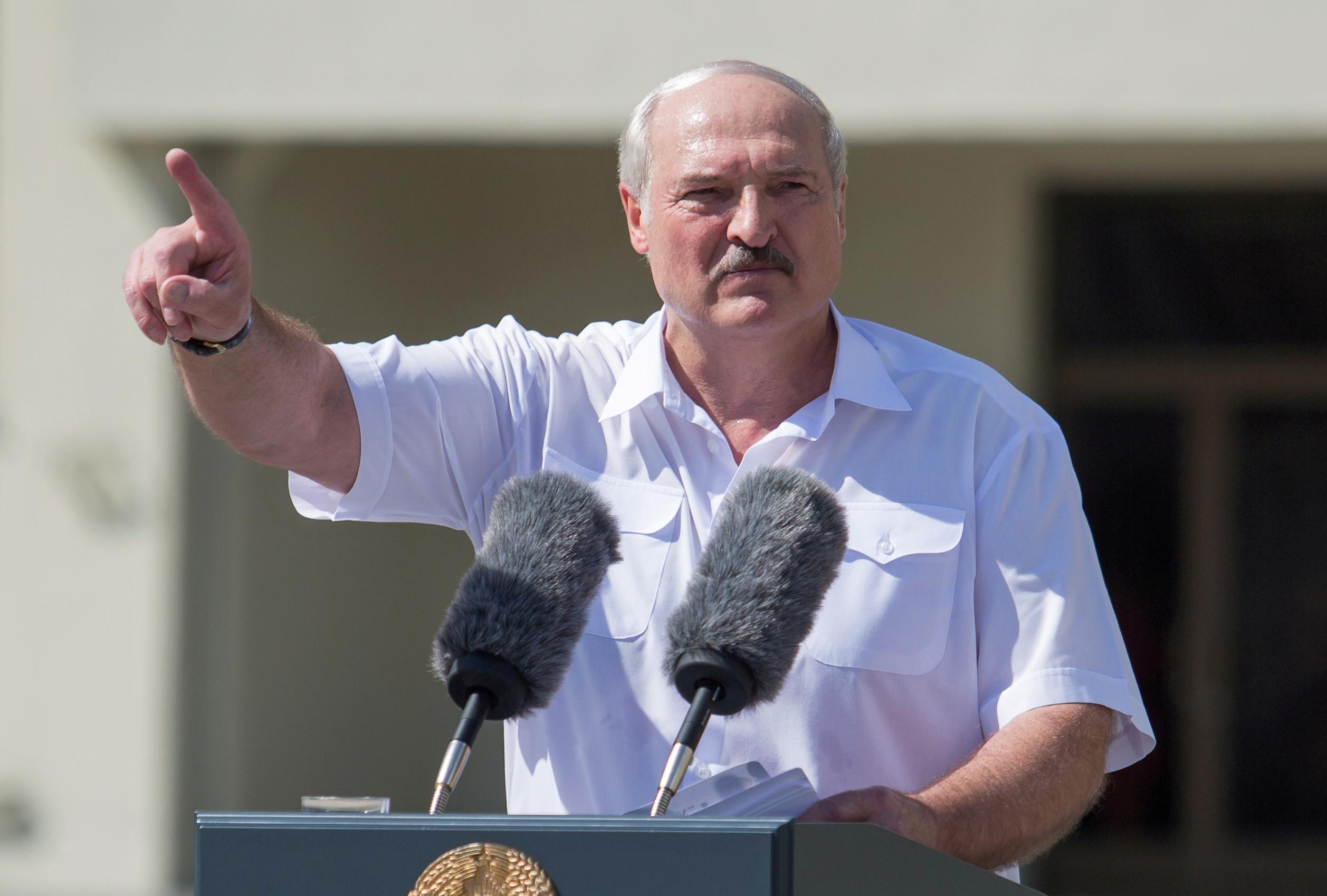 In an effort to clamp down on strikes that have hit some of the country’s most important factories, the government also issued a message to managers of state-run plants telling them to ensure workers fulfil their duties or be disciplined.

Lukashenko is under the biggest pressure of his 26-year-rule, with no sign of an end to the protests and strikes over the election, which the president says he won with 80 percent of the vote but protesters say was blatantly rigged.

At least two protesters have been killed and thousands detained in the post-election crackdown. Many of those detained have complained of punishment beatings, cramped conditions and starvation rations.

Opposition politician Sviatlana Tsikhanouskaya says she was the rightful winner.

Tsikhanouskaya, who emerged as the consensus opposition candidate only after a number of others, including her husband, were jailed or barred from standing, has fled abroad, issuing calls via the internet to her followers to rise up.

Hundreds of protesters chanting “shame” gathered at a theatre in Minsk on Tuesday in solidarity with its director, who was fired for speaking out in support of the opposition.

They were due later to converge on a prison where Tsikhanouskaya’s husband has been detained since the end of May. Tuesday is his birthday.

“All of this outrageous, unfair lawlessness shows us how this rotten system works, where one person controls everything,” Tsikhanouskaya said in a video on Tuesday.

“One man has kept the country in fear for 26 years. One man stole the choice of Belarusians,” she said.

Attention is firmly focused on how Russia will respond to the biggest political crisis facing an ex-Soviet neighbour since 2014 in Ukraine, when Moscow intervened militarily after an allied leader was toppled by public protests.

Of all former Soviet republics, Belarus is the closest to Russia culturally, politically and economically, with a treaty that proclaims the two countries part of a “union state” with a Soviet-style red flag. But President Vladimir Putin and Lukashenko have had a difficult personal relationship.

European officials privately say the situation in Belarus is different from that in Ukraine six years ago, in part because the Belarus opposition is not necessarily seeking to loosen ties with Russia, merely to get rid of Lukashenko.

German Chancellor Angela Merkel and French President Emmanuel Macron both spoke to Putin by telephone on Tuesday. The Kremlin said Putin warned both of them against foreign meddling in the affairs of Belarus.

The European Union is gearing up to impose new sanctions on Balrus officials over the crackdown, while also searching for ways to promote a negotiated solution.

Sweden’s foreign minister Ann Linde spoke by telephone with the Belarus minister of foreign affairs, Vladimir Makei. Linde offered to visit Minsk in her role as incoming chair of the OSCE, a security body that includes both Western countries and former Soviet states, and often mediates in the region.

The protests over the election have been further fuelled by public anger over Lukashenko’s handling of the coronavirus pandemic, which he has dismissed as a ‘psychosis’, and economic grievances affecting swathes of Belarusian society. 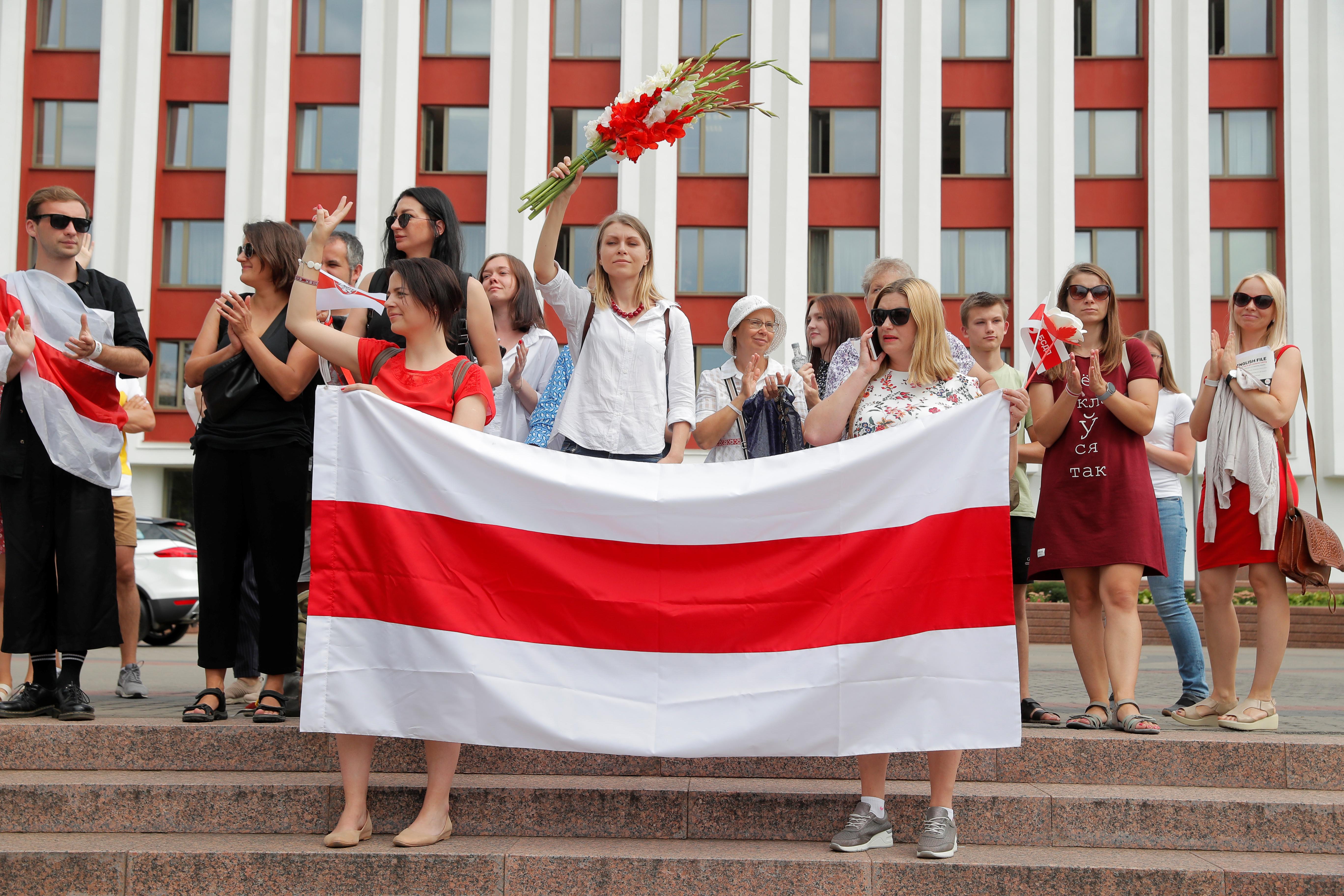 The president was heckled by factory workers on Monday and has faced opposition from people normally seen as loyal. The Belarusian ambassador to Slovakia and four other diplomats have resigned in support for the demonstrators.

A coordination council pushed by Tsikhanouskaya to facilitate a transition of power was due to meet in Minsk later on Tuesday for the first time.