The French leader paid tribute to the French wartime president at the site of a key battle, Montcornet, northern France as he tries to fight off claims he has mishandled the COVID-19 crisis. France has been badly affected by the virus with 28,000 deaths and more than 140,000 confirmed cases.

Although France suffered a defeat at the Battle of Montcornet in 1940, Mr Macron said the troops had put up a fight which allowed the British army to evacuate from Dunkirk.

President Macron used his speech to unite the country and stand up for himself at a time when many citizens have criticised his handling of the coronavirus pandemic.

The French government has started to ease the lockdown implemented in the country, but it has faced a backlash on how they have handled the COVID-19 crisis. 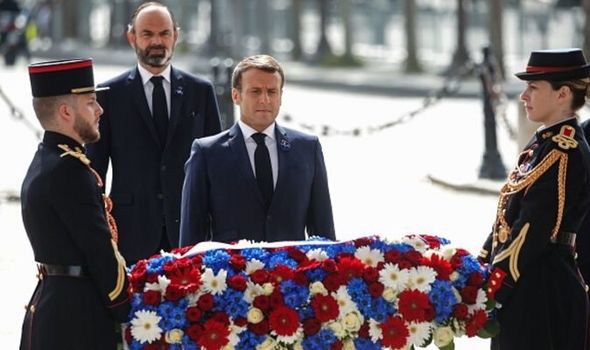 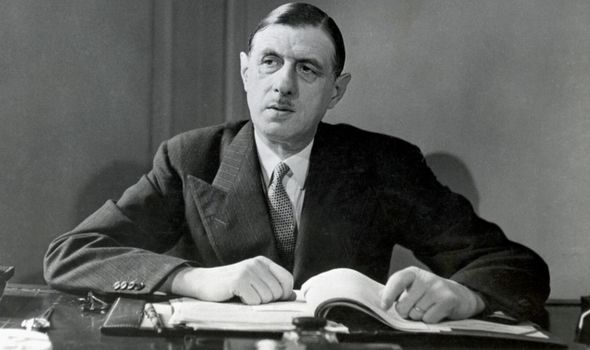 The French medical system has demanded better pay from Macron and a revamp in the health system which has been overwhelmed by the pandemic.

President Macron has acknowledged mistakes in reforming the national hospital system, which has faced years of cost cutting.

With probable reference to COVID-19, he said at the commemoration event: “What de Gaulle tells us is that France is strong when it knows its destiny, when it stands united, when it looks for cohesion . . . beyond the discords that have become unimportant and the disagreements that are too often pedantic.” 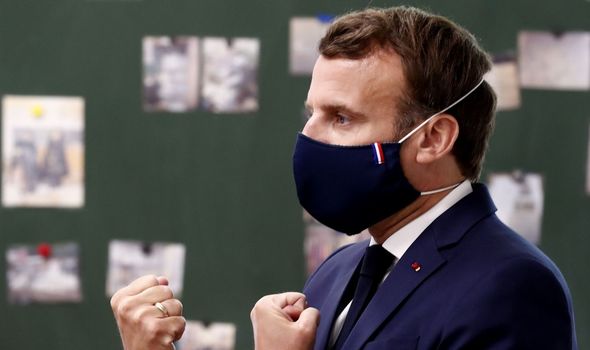 Mr Macron added: “Yes, our armies were defeated but they struggled with fervour.

“It’s true that our armies had failings but they lacked neither courage nor strength of soul.”

The French President laid a wreath at a monument honouring those who died and commended the military bravery of those who fought.

He said: “I wanted to start the year of de Gaulle here in these lands that saw the rebirth of the French spirit of resistance. 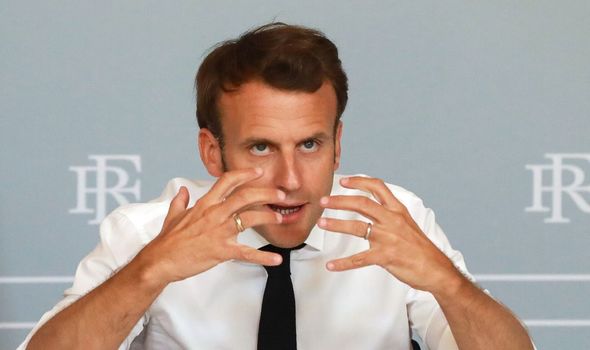 “Here, we saw the fiercely proud and free French spirit, determined and unshakable, which never dies even when the country is defeated, and which enables the people of France to rise up and to resume the great march of their history.”

Julien Aubert, an MP with the opposition centre-right Republicans, said: “De Gaulle is national sovereignty, strategic independence, [but] Emmanuel Macron has only rediscovered these things recently and he continues to mix them with the concept of European sovereignty, which is profoundly contradictory.”

On Twitter user accused the President of being disconnected by comparing the Second World War to the struggles of coronavirus.

They said: “How can you make so many communication errors as the president with the problems of the moment, but what do we do with the spirit of resistance of Charles de Gaulle. No but really!

“He wants to erect a # Memorial: so that we remember his incompetence in the management of # Covid_19?”His #Logic escapes me.”