Mr Macron sparked controversy last week when he handed Egypt’s President, Abdel Fattah al-Sisi the Grand Cross of the Legion of Honour during a state visit to Paris last week. The Egyptian President has long been accused of several human rights abuses and has been criticised for Egypt’s lack of cooperation over the death of Italian student, Giulio Regeni. Mr Regeni was abducted in 2016 and his body was found tortured and mutilated days laters.

Italy has long accused Egyptian authorities of not cooperating with investigators and even offering false leads over his death.

Due to this, Italian journalist and former MEP, Corrado Augias, who was awarded the medal in 2007 revealed he will now return his medal and accused the Egyptian President of being complicit in the crime as head of state.

He wrote in an Italian publication, La Repubblica, he said: “On Monday 14 December, I will go to the French embassy to hand back the Legion of Honour.

“A gesture that is as serious as it is purely symbolic. 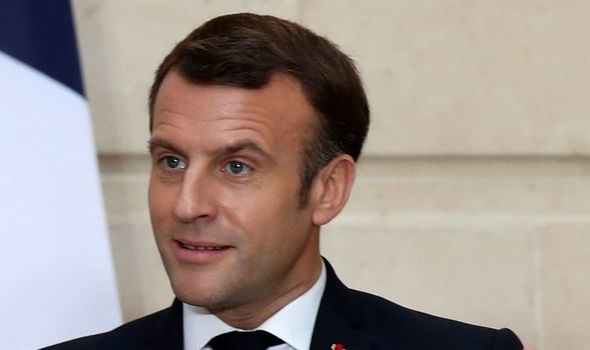 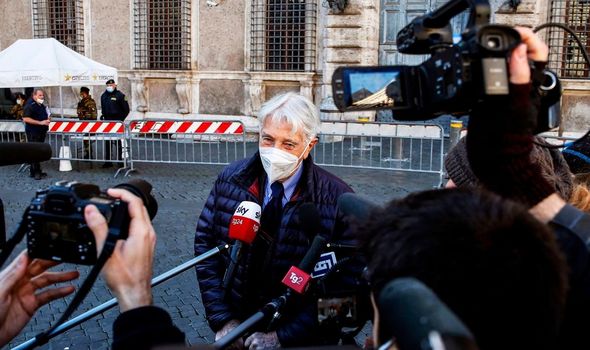 “I feel that I owe this act to the deep emotional and affective bond I have with France.

“In my opinion, President Emmanuel Macron should not have given the Legion of Honour to a head of state that has objectively made itself an accomplice to atrocious criminals.

“I say this for the memory of poor Giulio Regeni, but also for France, for the importance that this distinction still represents, two centuries after it was instituted.”

Giovanna Melandri, former minister for Culture in Italy and president of Rome’s Maxxi contemporary art museum, stated she would do the same. 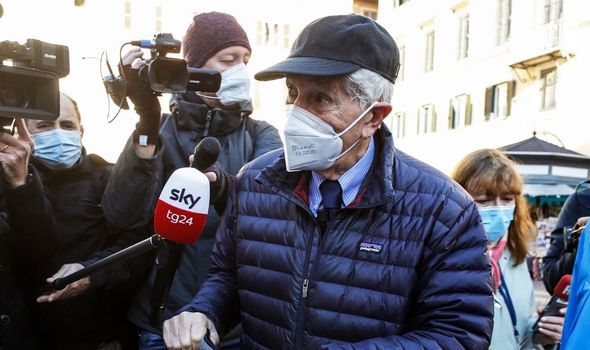 She said: “I hope that this gesture can help open a frank and friendly confrontation in our two countries on which values should be that we want to defend, strengthen and continue to ‘honour’ in a democratic Europe and a globalised world.”

He said: “Europe must be united and supportive, never selfish, even more so when fundamental rights are at stake.”

Human rights groups had warned the French President to not hold such a high-profile state visit due to the human rights violations levelled at Egypt. 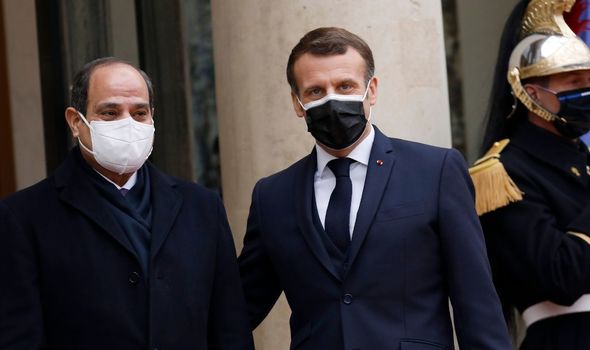 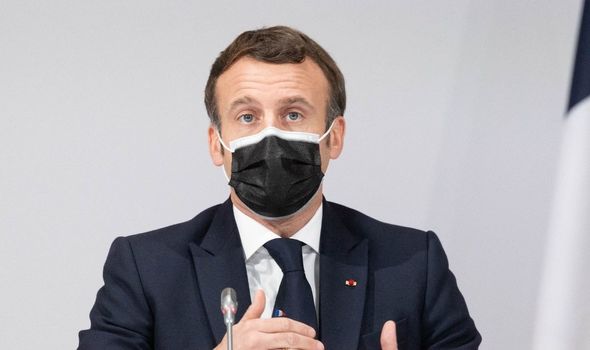 However, a source claimed the bestowing of medals is a natural event of a state visit.

They told AFP: “The bestowing of awards is one of the traditional elements of state visits, which are rare, with just one to two per year in France

“And as they are heads of state, they receive the highest distinction.”

Images and video had not been released until it was published by Egyptian officials.

The prestigious award has been given to war heroes, writers and artists.

Russian President Vladimir Putin and Syria’s Bashar al-Assad although he returned the award in 2016. 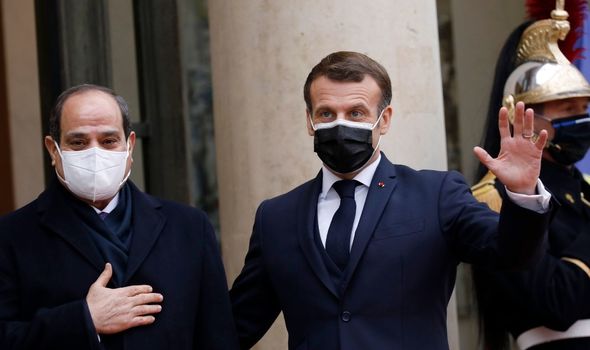 President Sisi came to power in 2014 after overthrowing his predecessor Mohamed Morsi in a military coup.