BAMAKO (Reuters) – Soldiers who ousted Mali’s president in a coup promised on Wednesday to oversee elections within a “reasonable” time and moved swiftly to hold talks with one of the West African nation’s most influential power brokers.

President Ibrahim Boubacar Keita resigned and dissolved parliament on Tuesday after the mutineers detained him at gunpoint, further destabilising a country in the grip of a jihadist insurgency and plagued by civil unrest.

As investors ditched shares in Mali-based gold mining companies, the mutineers had yet to identify their leader though the mood in the capital Bamako appeared calm.

Junta leaders were meeting on Wednesday afternoon with Mahmoud Dicko, a Salafist preacher who electrified protesters during anti-Keita demonstrations in recent weeks that drew tens of thousands of people, Dicko’s spokesman said.

Dicko is a formidable political figure whose support was seen as crucial to Keita’s victory in the 2013 election before Dicko soured on him.

A spokesman for the mutineers, calling themselves the National Committee for the Salvation of the People, said earlier that they had acted to prevent further “chaos, anarchy and insecurity”.

“We are not keen on power, but we are keen on the stability of the country, which will allow us to organise general elections … within the reasonable time limit,” Colonel Ismael Wague said on state television.

A Malian security source identified three of the other junta leaders who appeared alongside Wague as Colonels Sadio Camara, Malick Diaw and Modibo Kone.

Michael Shurkin, a former CIA officer now with the Rand Corporation, said the upheaval risked distracting Malian forces from their fight against jihadists linked to al Qaeda and Islamic State and that international partners faced a stark choice.

“The U.N., EUTM (European Union Training Mission) and French have spent billions. What now? Is the answer just to walk away?” he said. 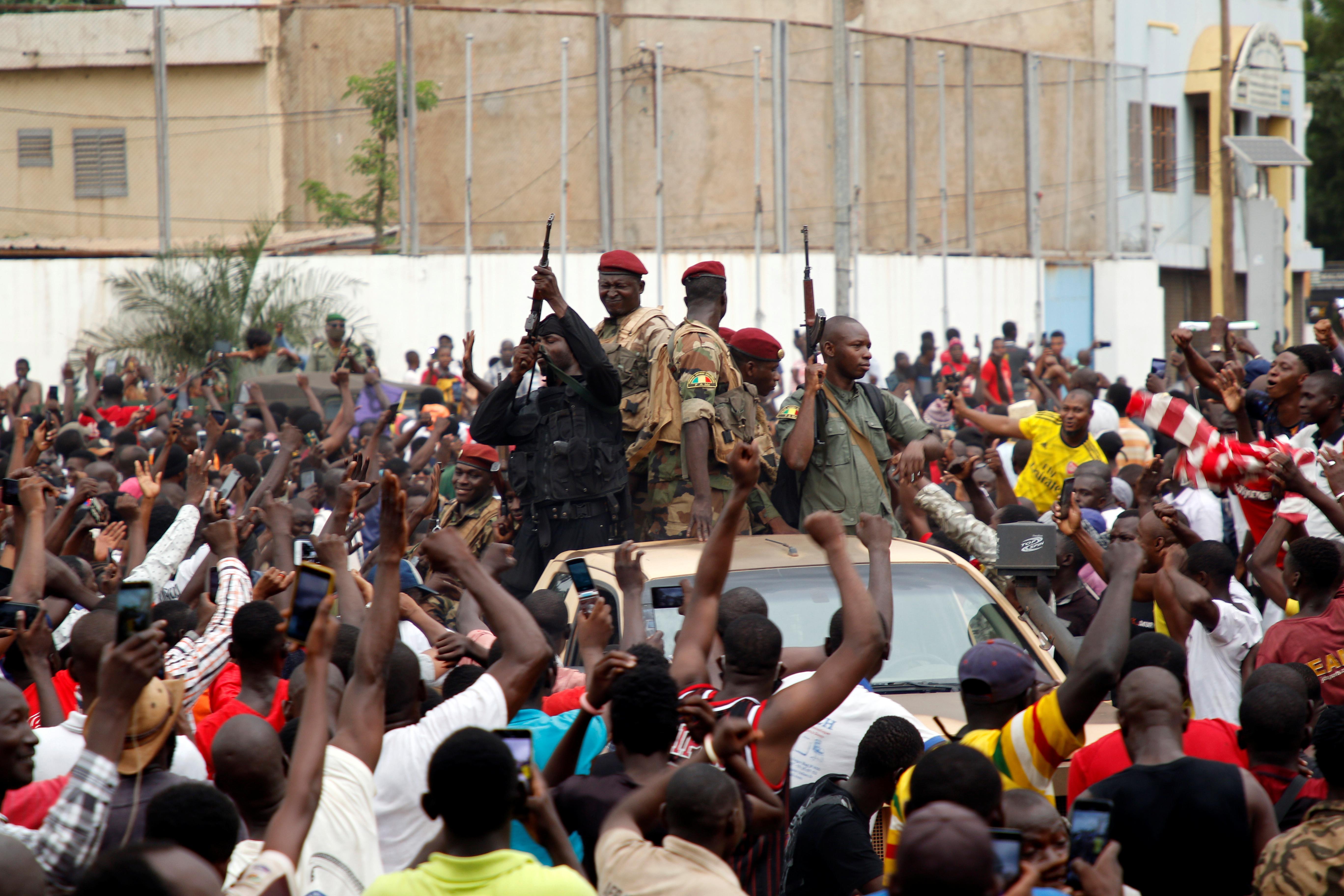 Mali has struggled to regain stability since a Tuareg uprising in 2012 that was hijacked by Islamist militants.

Keita, 75, was elected 2013 following a coup the previous year, promising to bring peace and stability and fight corruption. He won a second five-year term in 2018.

Following months of protests against alleged corruption at least 14 people were killed in July in demonstrations called by the M5-RFP opposition coalition.

ECOWAS, which had sought to mediate between Keita and his opponents, said it planned to deploy a fresh mission to Mali to ensure a return to democracy.

Late on Tuesday, anti-government protesters had poured into Bamako to cheer the mutineers.

“I am against coups, but they become necessary if leaders are inflexible. What happened to IBK (Keita) was his own fault,” said 43-year-old motorcycle mechanic Namory Konate. 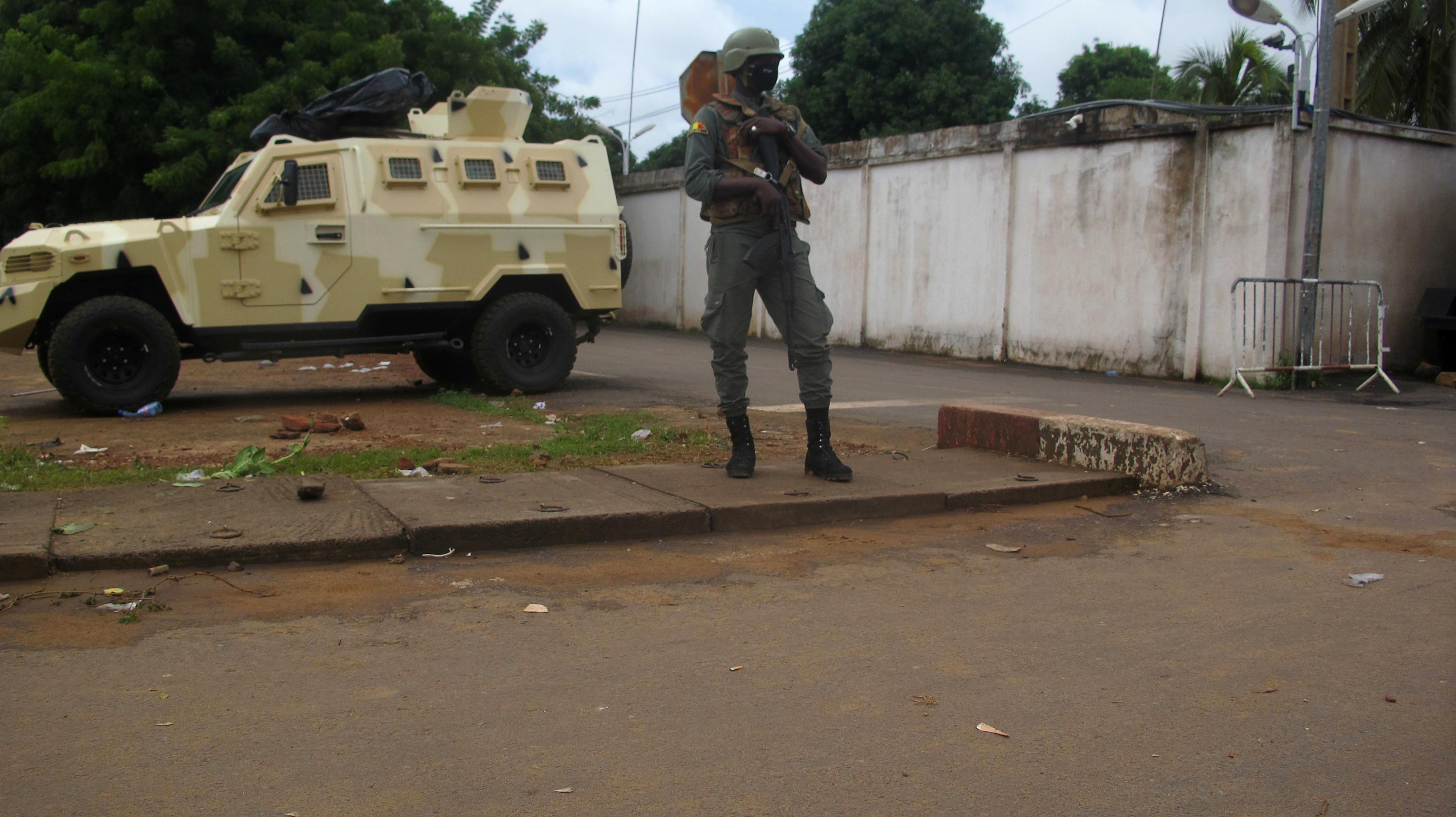 The capital was calmer on Wednesday, with people and traffic circulating as normal, although many shops, banks and public buildings remained closed following looting.

Videos on social media showed Malians running unchecked through luxury compounds in the city, including properties identified by a Reuters correspondent as belonging to Justice Minister Kassoum Tapo and Keita’s son Karim.

Gold miners B2Gold (BTO.TO), Resolute Mining (RSG.AX), (RSGR.L), AngloGold Ashanti (ANGJ.J) and Hummingbird Resources (HUMR.L) said they were operating in Mali as usual and staff were safe, though their share prices all fell.

The U.N. Security Council was due to be briefed on Mali on Wednesday, diplomats said. U.N. Secretary-General Antonio Guterres on Tuesday called for the immediate release of Keita and other detainees.