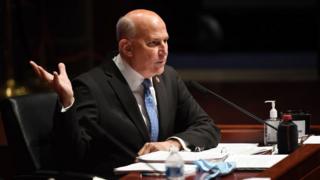 A Texas congressman who is often seen around the Capitol without a mask has tested positive for coronavirus.

Republican Louie Gohmert was routinely tested for White House travel protocol as he was due to fly with President Donald Trump to Texas on Wednesday.

Mr Gohmert was pictured mingling with other officials on Tuesday during a hearing on Capitol Hill while not wearing a mask or socially distancing. 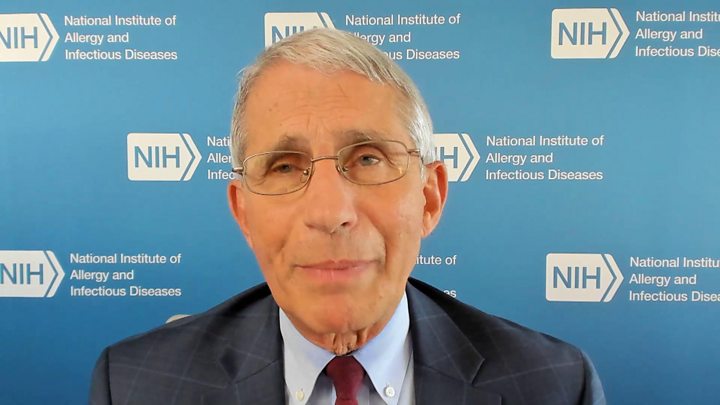 He added that Democrats, who control the House of Representatives, are discussing whether to require testing for lawmakers entering the Capitol complex.

Six members of that chamber and one senator have so far tested positive for coronavirus.

After his positive test, Mr Gohmert, an eighth-term lawmaker, returned to his office to inform his staff in person of the positive result. He wore a mask during the meeting, according to US media.

He also gave an interview in which he questioned whether his mask was to blame for infecting him.

“I can’t help but wonder if by keeping a mask on and keeping it in place, I might have put some germs – some virus – on to the mask and breathed it in,” he told Texas station KETK.

Despite mixed messages early in the pandemic, public health experts now agree that wearing face coverings greatly reduces the spread of Covid-19, and is vital to controlling the infection’s spread.

A photo on Twitter shows the two men in proximity, neither wearing masks. According to the Department of Justice, Mr Barr will be tested for Covid-19 as a result of the interaction.

Democratic congressman Jerrold Nadler, who led the hearing in the House Judiciary Committee, tweeted his well wishes to Mr Gohmert.

“I want to wish @replouiegohmert a full & speedy recovery,” Mr Nadler wrote. “When individuals refuse to take the necessary precautions it puts everyone at risk. I’ve regularly instructed all Members to wear their masks and hope this is a lesson by all my colleagues.”

In Tuesday’s hearing, Mr Nadler named three Republicans by name – Jim Jordan, Andy Biggs and Mike Johnson – for “violating the safety of the members of the committee… by refusing to wear their masks”.

It is unclear where Mr Gohmert plans to quarantine because is among several congressman who sleep in their offices while in Washington, according to Roll Call..