President Trump was seen saluting as a trumpeter played “Taps”, while the first lady stood next to him with her hand over her heart. After they laid the wreath at the memorial, the pair went on to have conversations with veterans who had attended the event.

The president saluted them as Melania Trump walked next to him, smiling at the Korean War veterans.

While no one wore face masks, the president and Ms Trump stayed several feet away from the veterans and refrained from shaking hands.

Superintendent of the National Mall and Memorial Parks Jeffrey Reinbold led the couple through their visit to the monument.

The Korean War Veterans Memorial is located on the National Mall near the Lincoln Memorial and it is a tribute to the servicemen of the US Armed Forces who fought in the Korean War. 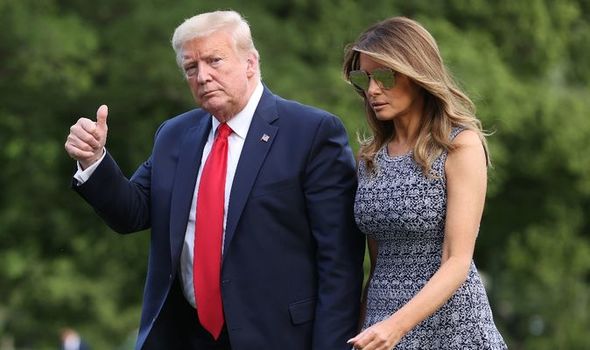 The monument features a granite wall with stainless steel figures of soldiers in front of it.

Also represented, are troops serving by sea, land and air, in a sandblasted image on the wall.

A group of 19 servicemen, including soldiers from each division of the US Armed Forces, are in the memorial area in front of the wall.

When the reflection of the statues is projected on the wall, there appears to be 38 soldiers. 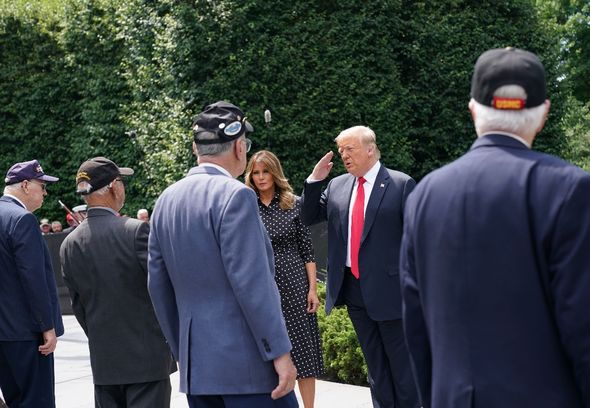 The visual illusion symbolises the 38th parallel, the line that separated of North and South Korea during the war.

Almost 5 million people died in the Korean War, which technically has not ended yet.

Some 36,000 US servicemen died during the conflict. 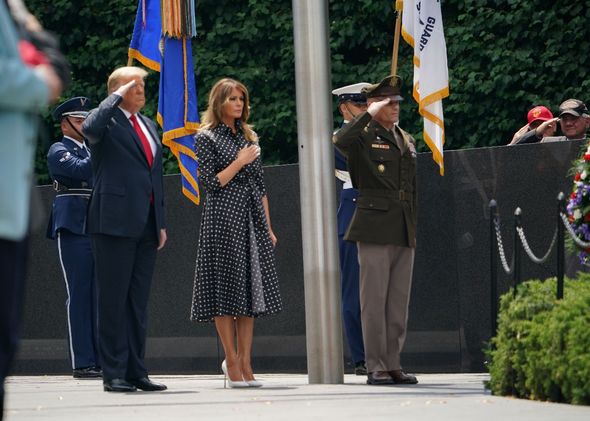 North Korea’s purpose during the invasion was to forcefully reunify the territory.

An armistice brought the conflict to an end in 1953.

However, it was never replaced by a peace treaty, so the territory remained divided by the Demilitarised Zone.

Recently, North Korea has triggered fresh tensions as it exploded a Seoul-built liaison office within its boundaries. 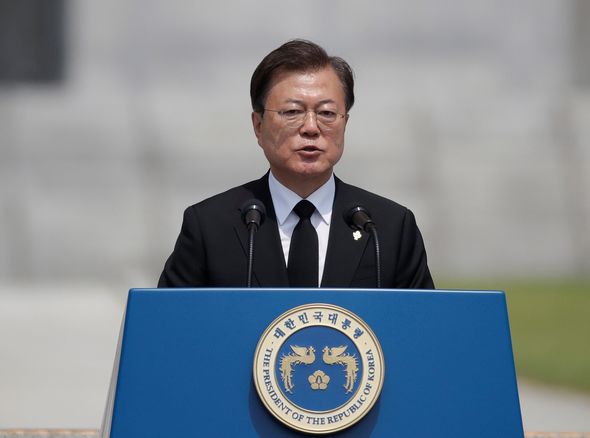 President Moon Jae-in has offered peace between South and North Korea as Seoul marked the 70th anniversary of the start of the Korean War.

In the anniversary event that took place at Seoul Air Base on Thursday, Mr Moon insisted that the two Koreas need to be at peace with one another.

He said all Koreans wish to avoid another conflict and suggested the two Koreas should have a good relationship prior to discussing unification.

Mr Moon reiterated that South Korea does not wish to implement its system upon North Korea, but just live in harmony with its neighbour.

He added that the South will never stop looking for ways to live in peace with the North.