German chancellor says improving ties with Moscow is challenging following a hacking attempt and a murder in Berlin. 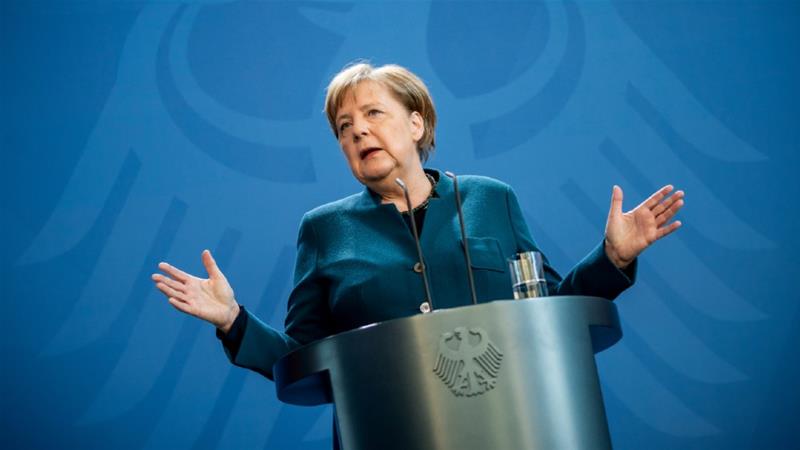 German Chancellor Angela Merkel has said she would continue efforts to improve ties with Russia despite hacking attacks, adding she took such issues very seriously.

“I will strive for good relations with Russia because I think there is every reason to continue our diplomatic efforts but it doesn’t make it easier,” Merkel told the Bundestag – the lower house of parliament – when asked about a report about a hack.

Der Spiegel magazine reported last week that Russia’s GRU military intelligence service appeared to have got hold of many emails from Merkel‘s constituency office in a 2015 hack attack on Germany’s parliament. Moscow has denied previous allegations of hacking abroad.

Merkel said she had concrete proof of the “outrageous” spying attempts.

“I can honestly say that it pains me. Every day I try to build a better relationship with Russia and, on the other hand, there is such hard evidence that Russian forces are doing this,” she told parliament.

Calling such cyberattacks “more than uncomfortable”, Merkel raised the spectre of sanctions if such rogue activity did not stop.

Germany’s intelligence service has repeatedly called out attempts by Russian hackers to spy on legislators or leading politicians.

Merkel said investigators of the 2015 hacking had identified a specific suspect.

“Unfortunately, the conclusion I have reached is that this is not new,” she said, noting that “cyber-disorientation, the distortion of facts” were all part of “Russia’s strategy”.

“Obviously this doesn’t make it easier” to foster a better relationship with Moscow, she said.

Merkel has always stressed on the importance of dialogue with Russia, even while making clear her disapproval of Moscow’s actions in different arenas – from annexing Ukraine’s Crimea, to cyber-meddling in elections and its backing of Bashar al-Assad’s government in Syria.

According to Der Spiegel, hackers managed to completely copy two of Merkel’s email accounts containing correspondence dating between 2012 and 2015.

German media have also named the suspect as the same person wanted by the FBI for other cyberattacks, including those targeting the Democrats during the 2016 US presidential election.

In a clear warning to Russia that their activities would not go unpunished, Merkel also pointed to last year’s killing of a former Chechen commander in a Berlin park.

The shock 2019 murder has badly bruised ties between Moscow and Berlin, and German prosecutors have already said they have evidence the killing was carried out on behalf of Russian or Chechen state agents.

“It of course disrupts a cooperation of trust and you know that in connection with the murder … we applied sanctions, in this case, expulsions [of Russian diplomats],” said Merkel.

“We now have the task of finding the wanted suspect, but of course we always reserve the right to take measures – also against Russia, to be clear.”