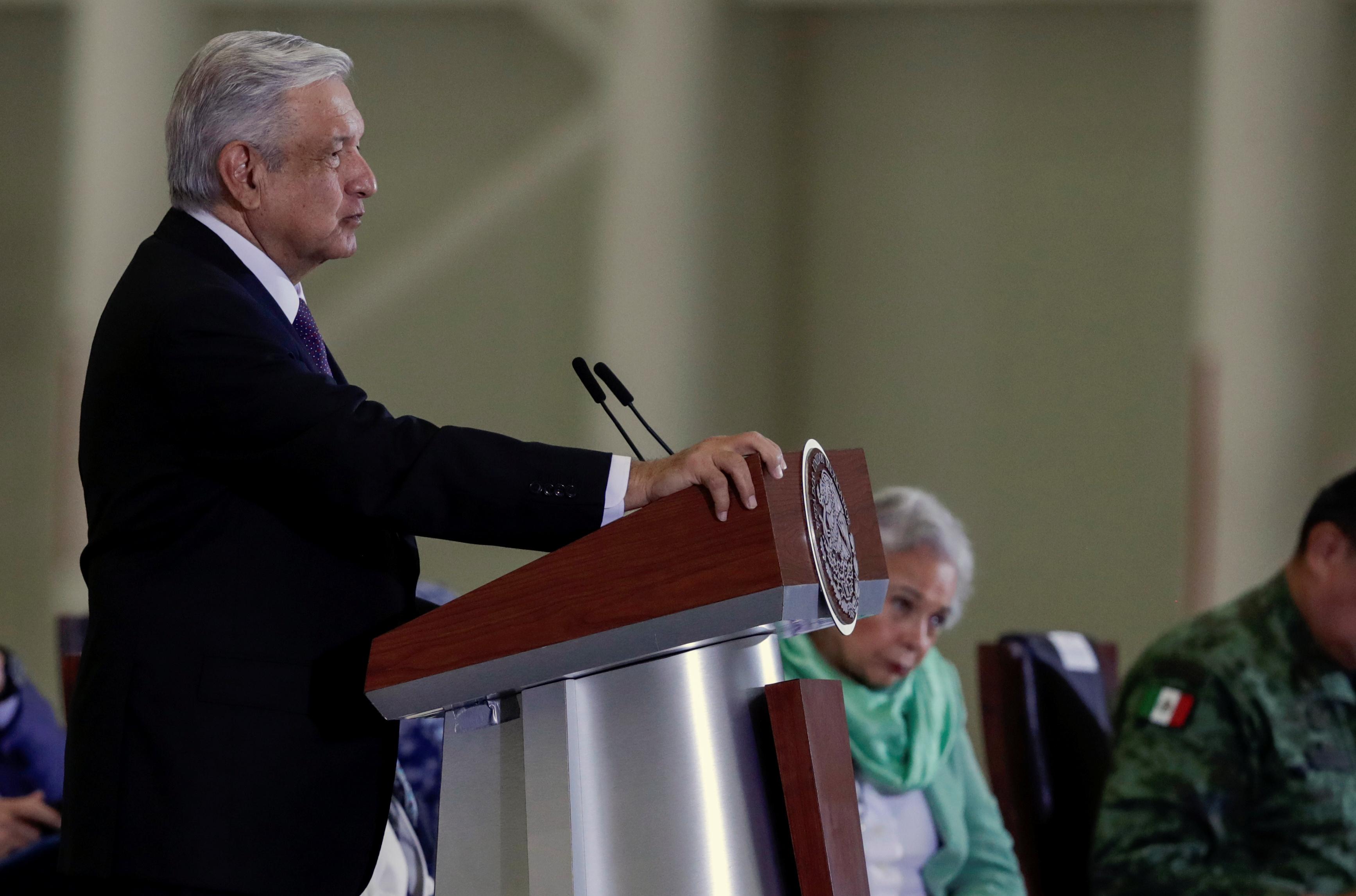 MEXICO CITY (Reuters) – A referendum on whether to allow former Mexican presidents to face trial could be held at the same time as mid-term congressional elections next year, President Andres Manuel Lopez Obrador said on Monday.

Lopez Obrador, who has cast preceding administrations as deeply corrupt, has made combating graft his top priority as he gears up for the lower house election in June 2021 that will determine whether he can keep control of Congress.

The leftist president told a regular news conference he would prefer that around 1.6 million citizens sign a petition by mid-September calling for the referendum, or that lawmakers formally request one.

“I’m going to wait until the end, but I don’t rule out the option of doing it myself,” said Lopez Obrador, referring to a constitutional provision allowing him to request a referendum by Sept. 15.

He added that a citizen vote could also take place next August, following the legislative elections, and expressed no preference between the two dates.

Critics accuse Lopez Obrador of focusing on allegations of graft under his immediate predecessors, Enrique Pena Nieto and Felipe Calderon, to distract from recession, record levels of violent crime and his management of the coronavirus pandemic.

He said he would personally argue against them facing trial, adding his oft-repeated slogan: “Revenge is not my strong suit.”

A leaked deposition last week from the ex-boss of Mexico’s state oil firm Pemex revealed details of a bribery scandal that alleges widespread corruption among high-ranking politicians, including the two former presidents.

Calderon has denied the allegations, while Pena Nieto has yet to comment. Neither man has been charged with anything.