Poet Amanda Gorman, 22, became the youngest poet in history to speak at the event and has received widespread acclaim for the emotional verses in her piece ‘The Hill We Climb’. The National Youth Poet Laureate appeared on The Ellen DeGeneres Show on Tuesday and revealed another insightful moment from the January 20 presidential handover.

She described hearing Ms Obama, 57, “kind of kept yelling at Barack” to stop hugging others at a ceremony scaled back due to the coronavirus pandemic.

Ms Gorman, who starred alongside the likes of Lady Gaga, recalled: “I was there, and I remember Michelle Obama being close, and she kind of kept yelling at Barack, ‘Stop hugging people, stop getting close to people.

“And then when I was done, she kind of pushed him out the way and gave me just the biggest, warmest Michelle Obama.”

She added: “Whenever I meet Michelle, I hope that she forgets meeting me because I just want a do-over. 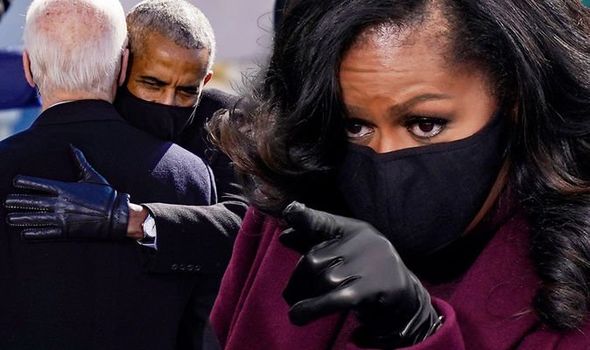 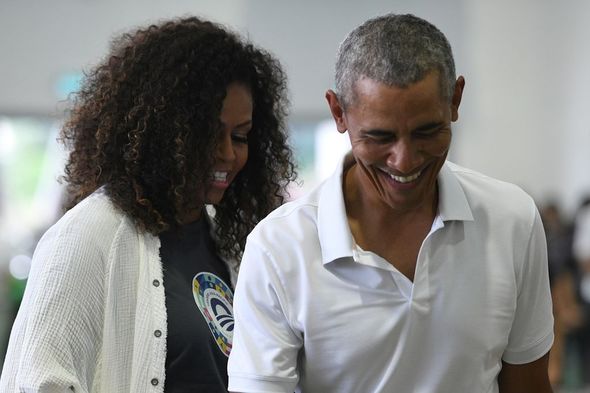 “But she always remembers, and she’s always great.

“And when I hug her, I’m so short my forehead is, like, in her belly button, and it’s the best.”

Mr Obama, 59, was one of many former presidents to attend the event, including George W Bush, 74, and Bill Clinton, 74.

Donald Trump did not attend. 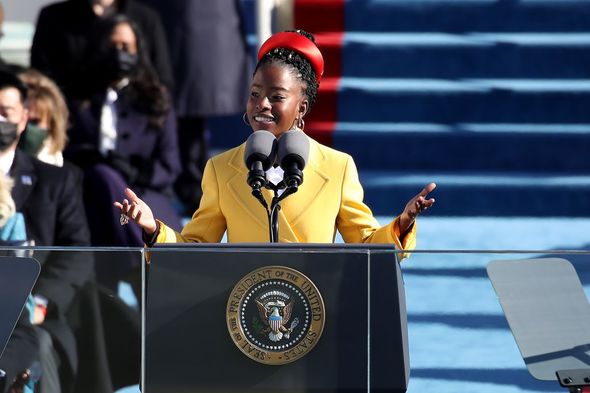 In the touching poem, Ms Gorman writes: “Let the globe, if nothing else, say this is true:

“That even as we grieved, we grew.

“That even as we hurt, we hoped.

“That even as we tired, we tried.

“That we’ll forever be tied together, victorious.” 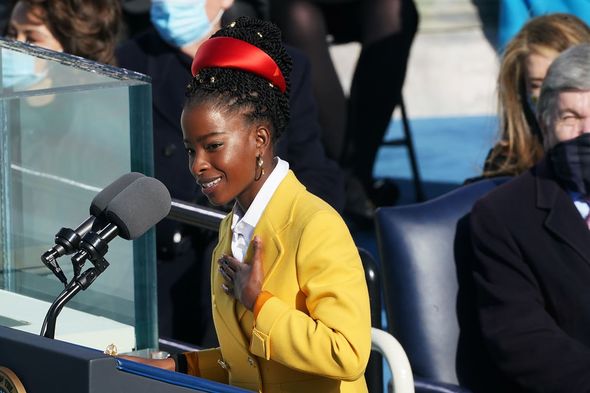 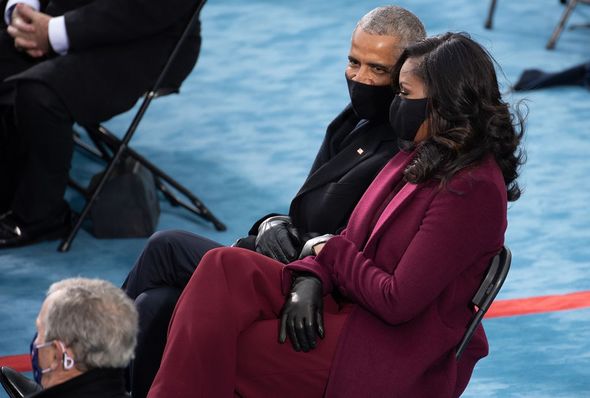 Ms Gorman has now been signed to IMG Models, the same agency as Bella and Gigi Hadid.

She told Harper’s Bazaar of her style: “I’m a black woman with a powerful pen and a big heart, and I like my look to reflect that pride.”

She was diagnosed with an auditory processing disorder in her younger years and has struggled with speech.

But reciting poetry became a way for her to master these difficulties.

She became the first US National Youth Poet Laureate in 2017.