Home » World News » ‘Never seen anything like it!’ Archaeologist astounded by incredible discovery in Egypt

Cleopatra was the last active ruler of the Ptolemaic Kingdom of Egypt and perhaps one of the most famous of all pharaohs, but her tomb has never been found in the 2,000 years since she died. Archaeologists have traditionally searched for evidence close to the centre of Alexandria, where she was born and ruled, with many believing that all remains of the great ruler may have been destroyed by a powerful earthquake that struck the coast of Greece in 365AD – causing a tsunami to devastate the ancient town. Dr Kathleen Martinez has dedicated her life to finding Cleopatra’s tomb, and she is convinced it actually lies 30 miles outside of the city, in the ancient temple site of Taposiris Magna – dedicated to the goddess Isis.

The expert has made a number of intriguing finds, including 200 royal coins depicting the queen’s face and the remains of two high-status Egyptian mummies adding weight to her theory.

But, Channel 5’s ‘The Hunt for Cleopatra’s Tomb’ also revealed one discovery that left Dr Martinez scratching her head.

Egyptologist and presenter Dr Glenn Godenho said: “As the days pass and the excavations continue, Kathleen is finding that this lighthouse monument is surrounded by tombs of the richest members of society. 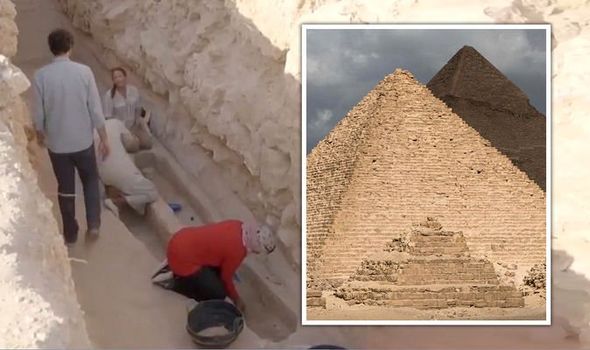 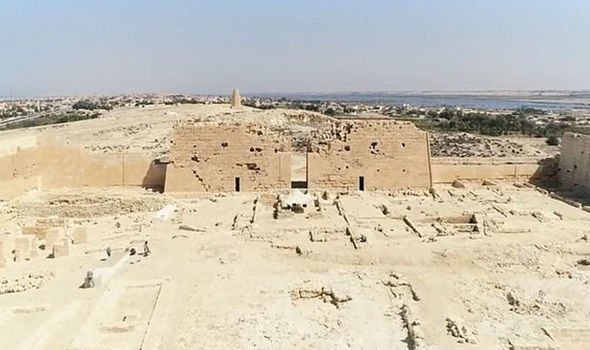 “But they’re not the only people that are buried here.

“In the floor of the causeway leading to the lighthouse tomb, they’ve uncovered something I’ve never seen anything quite like before.”

Carved into the floor like a stone sarcophagus, the team found human remains that had not been mummified.

“The ground’s made of limestones and the Egyptians have carved mummy coffins into the limestone itself. 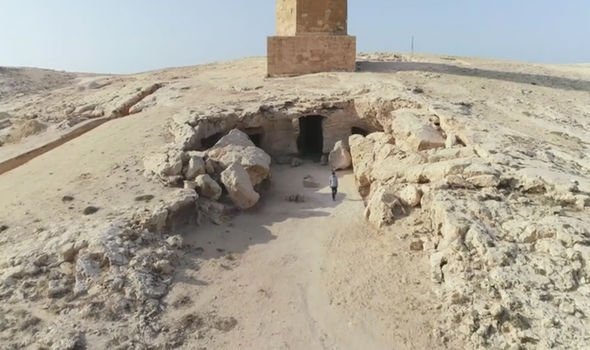 “They don’t appear to be mummified, just skeletal remains there now, and there could be more to be discovered, too.

“For Kathleen, her focus is on the lighthouse monument, she’s looking for more evidence that this is part of a funerary temple.”

But, while archaeologists are unsure of what the discovery means, for now, they are pinning hope on the possibility that more similar finds could unravel the mystery.

Dr Godenho continued: “Aerial images clearly show how the limestone walls that once made up this grand structure in the shadow of the lighthouse monument have collapsed from earthquakes over the centuries. 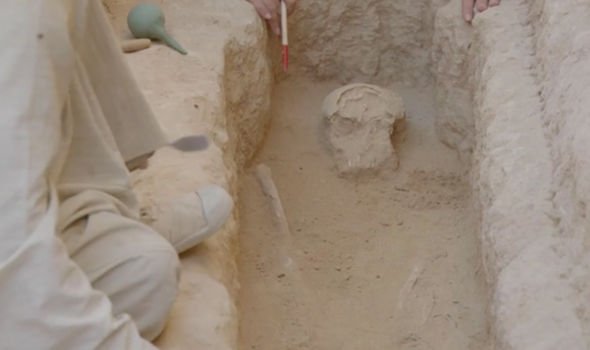 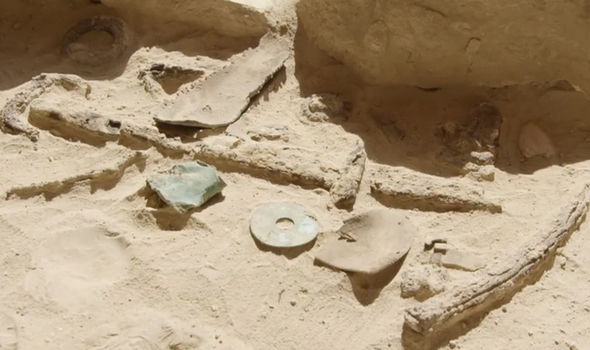 “These collapsed walls are blocking the entrance to move unexplored chambers which could contain vital clues.

“The team have only managed to remove one block from the site so far, however, Kathleen is already making remarkable discoveries.

Dr Martinez revealed how she discovered various Roman military equipment, adding the discovery was the first of its kind.

Dr Godenho explained: “This is a Roman military kit and it’s the first found at Taposiris Magma, it’s another crucial link to the Ptolemaic dynasty.”

The Ptolemaic Kingdom was an ancient Hellenistic state based in Egypt.

It was founded in 305BC by Ptolemy I Soter, a companion of Alexander the Great, and lasted until the death of Cleopatra in 30BC.