About 100 houses were burned and several people injured during a clash over ownership of a fishing lake. 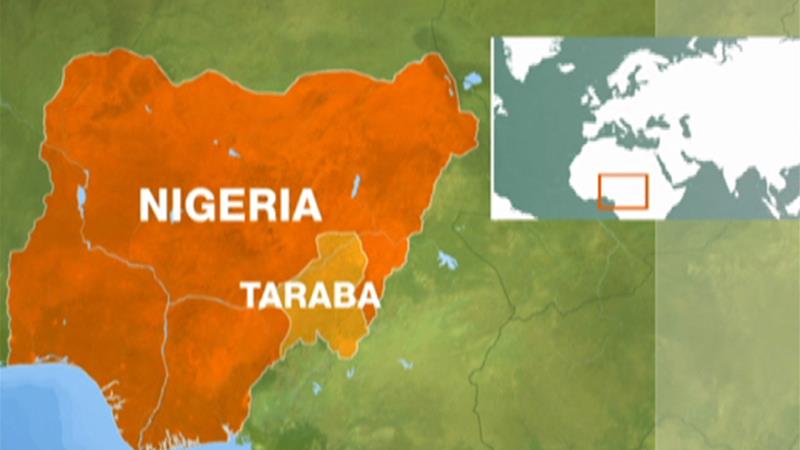 At least 19 people have been killed in fighting between members of ethnic groups in central Nigeria’s Taraba state over ownership of a fishing lake, police said.

“Around 100 houses were burned and several people were also injured.”

Misal said long-standing animosity between the neighbouring communities over the lake’s ownership had already cost dozens of lives.

He said the government had banned fishing around the lake after unsuccessful attempts at reconciliation by state authorities and the police. “However some miscreants flouted the ban … leading to the clashes,” Misal said.

President Muhammadu Buhari condemned the clashes in a statement late on Tuesday, expressing sadness at “the resort to violence over disagreements that could be resolved through dialogue”.

“These frequent incidents of ethnic and communal violence is a failure of community leadership and the refusal to embrace dialogue as a means of conflict resolution,” Buhari said

Communal clashes over land and water rights are common in parts of Nigeria, especially between nomadic herders and farmers in the centre of the country.