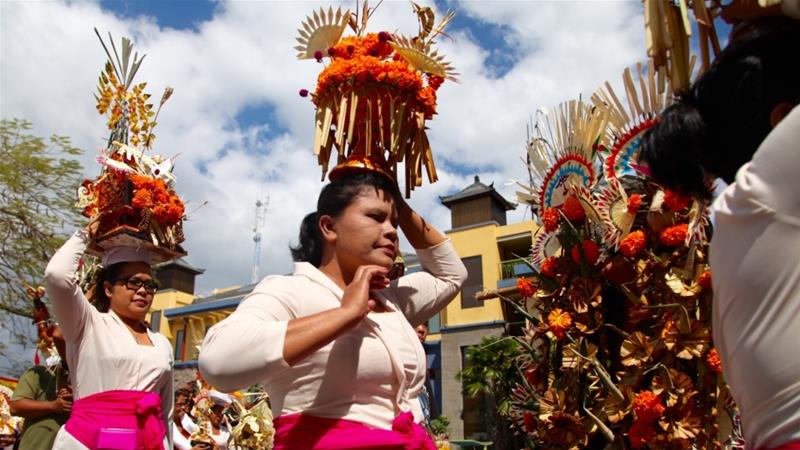 Denpasar, Indonesia – The Indonesian resort island of Bali, which received half a million international tourists per month until visas on arrival were halted on March 20, is now the site of a medical mystery that has beguiled many: There are no visible signs of a widespread coronavirus pandemic here.

Days after new tourists were banned and when much of the world was locking down, tens of thousands of Balinese attended Hindu ceremonies marking the New Year.

As of Saturday, there have been only 235 confirmed COVID-19 cases on the island, including 121 recoveries and four deaths – figures that fly in the face of predictions by contagious disease experts cited in reports by Al Jazeera and other news sources, which warned Bali could emerge as a coronavirus hotspot in Indonesia.

Bali’s apparent immunity to COVID-19 has generated much discussion on social media, representing a wide gamut of opinion that also reflects the island’s spirituality and mysticism.

Others cite conspiracy theories that claim the pandemic is a hoax invented by overzealous governments and vaccination figureheads like Bill Gates.

Gede Wanasari, head priest of the Indonesia Hinduism Society, told Al Jazeera Bali was spared because of the good karma and prayers of the Balinese people.

He also points to Balinese cuisine, saying it “contains a lot of herbs to increase human immunity” – a theory supported by some studies and nutrition experts in the island. 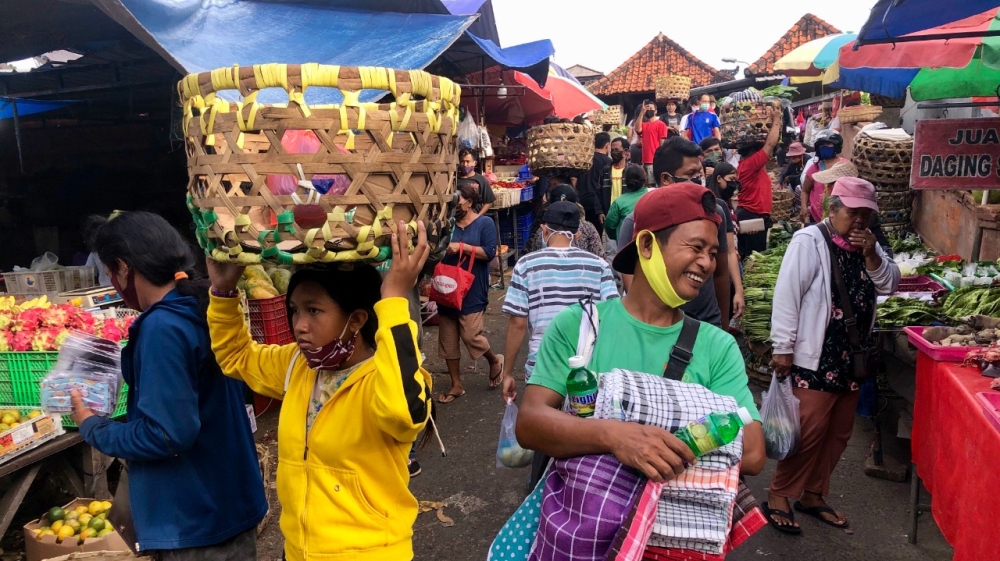 From a medical perspective, Dr Panji Hadisoemarto, an epidemiologist at Padjadjaran University in Java, has also been pondering about Bali’s apparent immunity to COVID-19.

“When COVID-19 was first identified in Wuhan, I thought Bali would be one of the first places to be hit hard because of all the Chinese tourists,” he said.

“I was wrong, and I’m starting to question the assumptions behind these models because the rate of transmission is a lot lower than expected. But the real question is – is this real or just an artefact of under-reporting?”

Indonesia has one of the worst COVID-19 testing rates in the world – only 374 per million compared with 20,241 per million in the US and 24,600 in Singapore, according to coronavirus tallying site Worldometer. In Bali, an island of about four million people, there were only about 1,300 tests conducted so far.

No signs of health emergency

Indonesian President Joko Widodo previously admitted holding back some information on COVID-19 to prevent the public from panicking, while Al Jazeera has heard allegations from two independent sources that some health officials in Bali have botched the handling of test results.

And while data can be suppressed, large numbers of people becoming ill or dying on an island the size of Bali cannot. 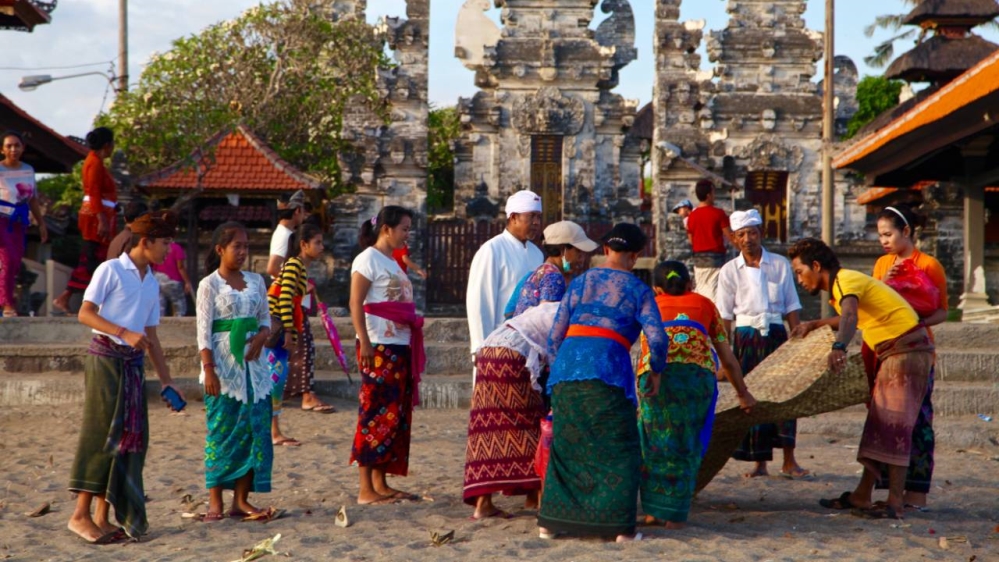 When Al Jazeera visited Udayana University Hospital in Bali last weekend, there was no one outside the emergency ward.

At Sanglah Hospital, the largest on the island, nine people were waiting for attention – none of whom displayed outward symptoms of COVID-19.

Meanwhile, gravediggers at the largest burial grounds on the island – Kampung Jawa Muslim Cemetery and Taman Mumbul Crematorium – said they had not been busier than usual since the pandemic began.

Dr Hadisoemarto said there are two possible answers to the mystery.

“Either there is no transmission in Bali, or the transmission is silent because people are getting infected but most of them are asymptomatic,” he said, adding that either answer leads to more questions.

“Does it have anything to do with genetics, the lifestyle in Bali or how the virus behaves in the tropics?”

Dr Dicky Budiman, an epidemiologist who has helped formulate Indonesia’s Ministry of Health pandemic management strategy for 20 years, also believes the real number of COVID-19 in Bali is much higher the official tally.

He said the spread is going undetected because of a lack of testing and underreporting caused by cultural norms that encourage traditional healing at home.

He also theorised that many COVID-19 infections in Bali are being misdiagnosed as dengue fever – a disease spread by mosquitoes.

“There is an extraordinarily high number of dengue cases in Bali right now – more than 2,100 cases – and I believe that is because testing for dengue is easier, cheaper and faster than testing for COVID-19.”

The theory is corroborated by a recent study in the peer-reviewed medical journal, The Lancet, which describes two patients in Singapore who received false-positive results for dengue and were later confirmed to have COVID-19.

Budiman said the unusually low COVID-19 mortality rate in Bali could be attributed to an asymptomatic outbreak. 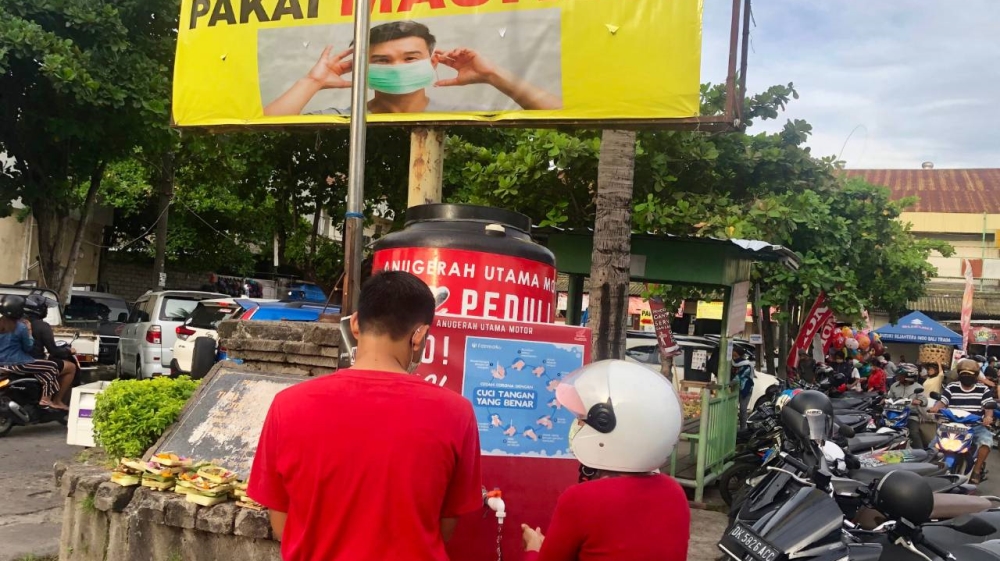 “If you look at the age structure in Bali, the median age is only 30. But if you compare it to America where 16 percent of the population is more than 70 years old and in Italy where it’s 20 percent, it provides a reasonable explanation as to the low number of reported cases and the low mortality rate in Bali.”

Mahardika pointed out that the virus does not transmit as effectively in tropical climates like Bali’s.

“I have published a paper that argues COVID-19 might be sensitive to heat and humidity as has been reported with MERS and SARS,” he says. 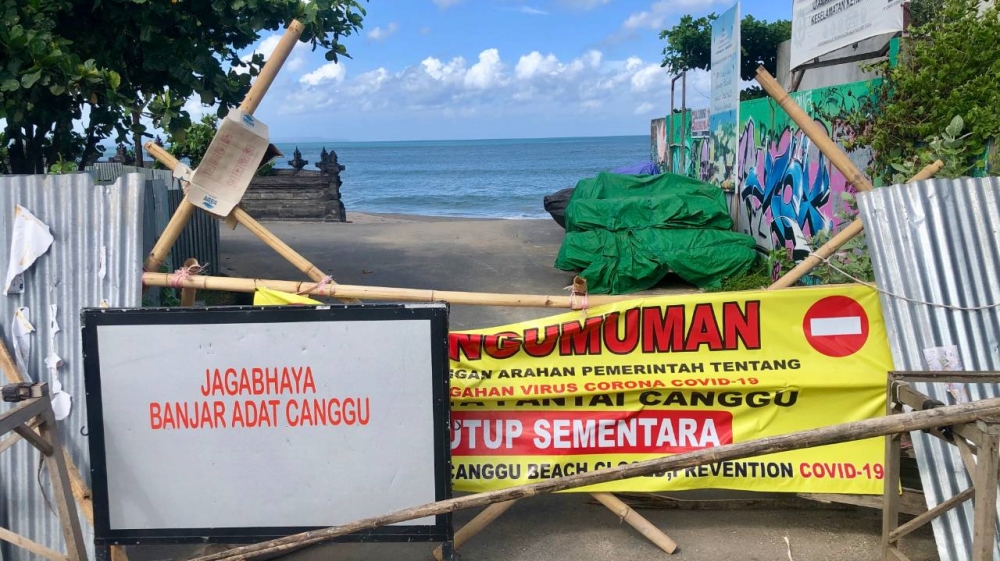 “The higher the temperature, the higher the humidity and direct exposure to sunlight will further shorten the life span of the COVID-19 in the air and on non-porous surfaces. This is good news for Indonesia,” the president said, basing his statement on “emerging findings” released by the US Department of Homeland Security.

But the heat theory fails to account for infection rates in Singapore, which has very similar meteorological conditions to Bali, but experienced a daily jump of more than 1,400 confirmed COVID-19 cases on April 20 – despite having one of the world’s strictest lockdowns.

In the Brazilian city of Manaus, where meteorological and demographical conditions are also almost identical to those in Bali, Mayor Virgilio Neto described the situation as a “horror movie”, with bodies piling up in refrigerated trucks, mass graves being dug outside cemeteries and a healthcare system that has collapsed.

Mahardika, Bali’s foremost virologist, who was initially puzzled by events in Manaus, later commented the only variable left to consider are some Brazilian cultural norms and lifestyle involving closer physical contact among its people compared to the Balinese.

Mahardika qualifies his responses by saying it’s all guesswork because of the limited testing.

“There is no transparency of data in Indonesia, so all we can do is speculate. But one thing’s for sure: There’s no miracle in Bali.”

Dr Hadisoemarto concurs: “The truth is no one can explain what is happening in Bali. It’s very interesting, and someone needs to go there and do the research because it could help us come up with an answer to stop COVID-19 in its tracks.”