The Yanggakdo Hotel in Pyongyang – North Korea’s capital – has become one of the most well-known parts of the country because of its infamous fifth floor. This is because it is off-limits to tourists and international visitors who stay in the building. The floor is so secure in fact, that the elevators in the hotel do not have a button for the fifth floor, although it has occasionally been visited “unofficially”. While information on the enigmatic area is hard to verify, it is reported to be further split into two separate floors, with mostly locked rooms, and is decorated with propaganda posters.

One Western travel agency specialising in tours of North Korea has described the fifth floor as “actually just a service level much like would be found in any hotel, and strictly off limits to tourists”.

Lithuanian traveller and businessman – Jacob Laukautis – stayed in the hotel during his trip to North Korea four years ago, where he had some “chilling experiences” in North Korean schools as well as the Yanggakdo. 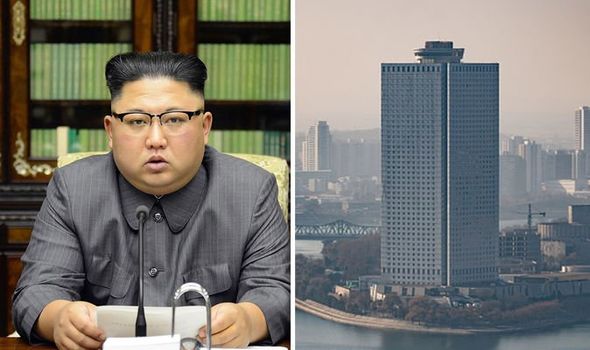 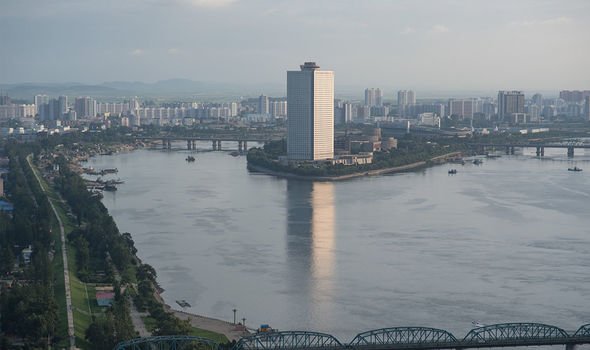 He told Express.co.uk: “All my group stayed in that hotel, it’s pretty big, but I didn’t go to the fifth floor obviously, and I think no one did.”

Just six weeks before Jacob arrived in Pyongyang, American tourist Otto Warmbier was arrested on a charge of attempting to steal a political propaganda banner from a restricted area of the hotel.

Warmbier himself indicated in a confession that he took down the banner from a staff-only area of the second floor of the hotel, but abandoned the item after discovering it was too large to carry away.

On March 16, 2016, Warmbier was sentenced to 15 years’ imprisonment with hard labour.

After seventeen months in captivity, it was revealed that Warmbier had suffered severe brain damage, and he was brought back to the US in June 2017, dying a few days later.

Jacob Laukautis continued: “Otto was caught a month or so before we went to a lot of people cancelled their tours, because they were incredibly paranoid.

“When we went there everyone was talking about it all day everyday, At this point everyone was too scared to attempt to reach the fifth floor.”

Despite currently being Pyongyang’s biggest hotel, and hosting international guests, the Yanggakdo surprised Jacob with its old-fashioned aesthetic.

He continued: “I think the hotel was built in the Eighties, it used to be quite luxurious but we saw that it was ancient.

“It was like walking through a museum which you also live in, so that was pretty interesting.”

Despite the treatment of Otto Warmbier still being fresh in the minds of those who visited, Jacob explained that he didn’t feel a sense of fear.

However, he says it was clear immediately that they were being watched. 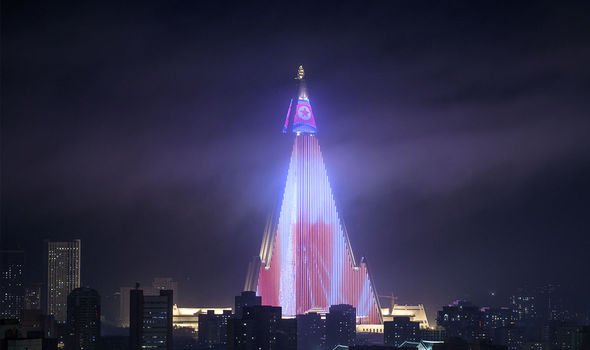 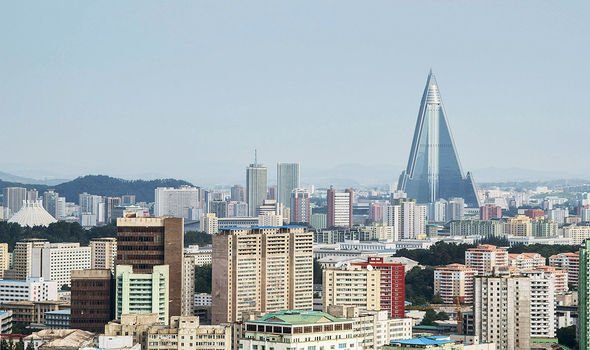 He continued: “Everyone felt like they were being watched. I know some when they got to their rooms and tried to search for hidden cameras.”

Jacob also mentioned a stark warning he received from his guides, whom tourists are not permitted to leave the hotel without.

He said: “The first thing they said when we entered the hotel was ‘if you leave without your guides, things will be very bad’.”

Despite having travelled to North Korea, Jacob has tried to deter people from doing the same.

In July last year, he posted a video on his YouTube channel urging people not to go, as much of the money spent there by tourists falls under state control.

He told Express.co.uk: “My initial motivation to go was because my parents and grandparents were born in the Soviet Union, and there aren’t many places where you can see what it was like.

“After the trip, only then did I think and read a bit more, and I felt bad about it for sure – but there wasn’t anything I could do other than share my views with the world.”