MILAN (Reuters) – Italy reported its lowest daily rise in COVID-19 deaths for nearly two weeks on Saturday and said the number of patients in intensive care had fallen for the first time. 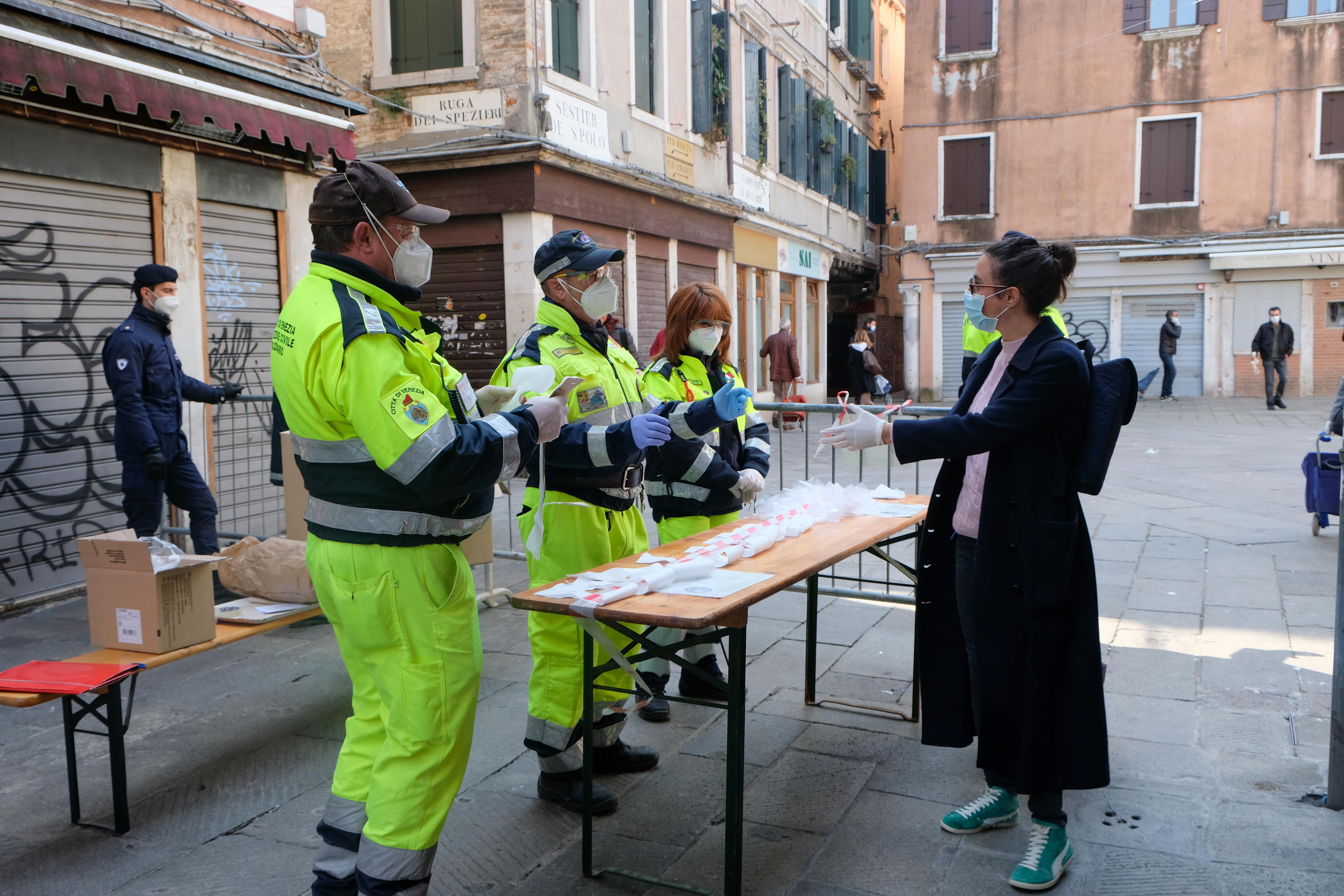 Officials urged the country not to flout strict lockdown measures they said were starting to show results, although new cases rose by 4,805 on Saturday which was slightly higher than recent daily increases.

The Civil Protection department reported 681 deaths, bringing the total to 15,632 since the outbreak of the new coronavirus epidemic in northern Italy on Feb. 21. It was the lowest daily rise in deaths since March 23.

The total number of confirmed cases rose to 124,632 from 119,827 reported on Friday but for the first time, the number of patients in badly stretched intensive care units fell, with 3,994 patients being treated, down 74 from 4,068 on Friday.

“This is an important piece of news because it allows our hospitals to breathe,” Civil Protection head Angelo Borelli told a regular daily briefing where he has announced the grim daily tally of the world’s most deadly outbreak of the disease.

For days, Italian officials have said that broadly stable rises in the number of cases suggested that the outbreak had reached a plateau and that the numbers would begin to go down – if strict lockdown measures were respected.

But with Easter approaching and video footage circulating on social media of groups walking outside in cities including Naples, Rome and Milan, there were fears that the signs of progress were leading more people to flout the rules.

“Some images spread on social media, which show a relaxation in the behaviour of some people – fortunately only a few – , should not be taken as an example, they should be deplored,” said Domenico Arcuri, the government’s special commissioner for the coronavirus emergency.

“We can’t have the idea that we’ve already reached the moment to return to normal,” he said.

The government of Lombardy, the northern region at the epicentre of the crisis where more than 49,000 cases have been recorded, made a similar plea and issued a directive ordering people to cover their mouth and nose whenever they go outside.

Italy is still one of the countries worst affected by the new coronavirus, accounting for almost a quarter of worldwide deaths from COVID-19, the highly infectious disease associated with the virus.

But as more countries in Europe have reported severe outbreaks of their own, it has become less of an outlier.

As the case numbers have flattened in Italy, there has been increasing discussion about eventually rolling back a lockdown that has closed most businesses and slammed the brakes on an already fragile economy.

With the government looking at ways to protect the economy, a senior official said it planned to extend its powers to protect key companies from foreign takeover.