As the storm comes into Tuesday, officials warn the heaviest of snow is still to arrive in some places, with two feet forecast in total. On Monday night, 20 inches or more had already fallen from eastern Pennsylvania to northern New Jersey, with the highest snowfall reported to be 30inches in Mendham, New Jersey, at 11pm. Storm Orlena was informally named by Weather.com as it began its cross-country journey in California last week, before tracking into the midwest USA over the weekend.

The first victim of the winter blast was a 67-year-old woman with Dementia who reportedly wandered away from her home on Monday night.

There have been at least a further two more casualties, but authorities warn the extent of the damage is yet to be seen.

With snow falling since Sunday night, the National Weather Service said more than 15feet of snow had fallen in New York’s Central Park as of 5pm, making it the first snowstorm in five years to do so.

Although the heaviest parts of the storm had largely moved through the metropolitan area by Monday night, lighter snow showers are expected to continue all day today. 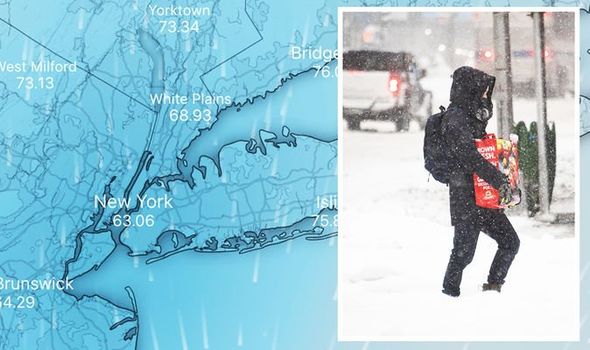 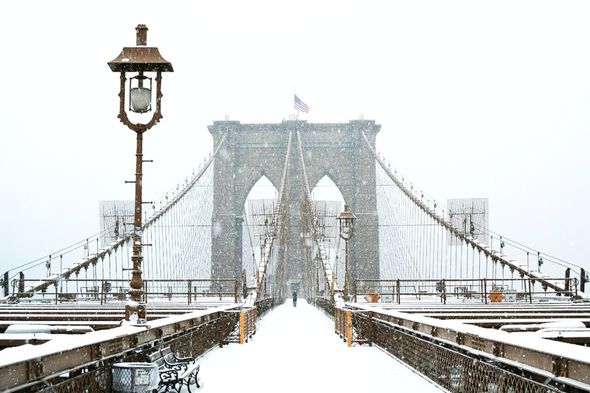 The storm makes it the 16th heaviest snowstorm on record in New York City since 1869.

New York City mayor Bill de Blasio has issued a state emergency, which ended at 6am on Tuesday NYC time.

In a statement on Monday, Mr de Blasio said: “New Yorkers should stay home, keep the roads clear for emergency vehicles and let our plows work to keep us safe.”

He added: “Make no mistake. This storm will bring heavy snowfall and it will make travel dangerous in every neighbourhood of our city.” 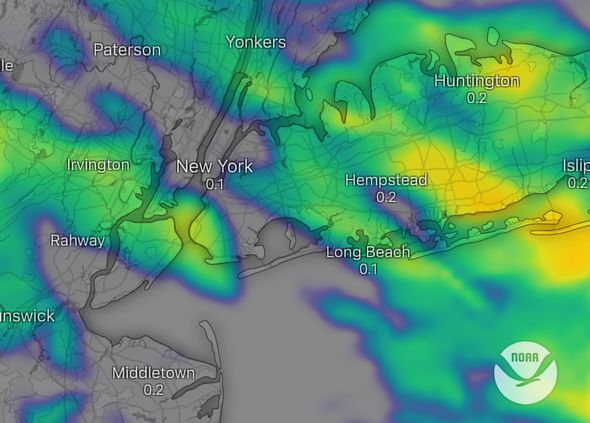 In addition to the snow, New Yorkers have been slapped with gale-force winds between 45 to 55 miles per hour, according to weather.com.

In-person learning at schools, universities and colleges has been suspended in the city, while John F Kennedy airport cancelled 75 percent of flights.

Neighbouring LaGuardia airport was forced to cancel 81 percent of its voyages.

Flights elsewhere in the northeast, including in Boston and Philadelphia, were also cancelled.

In Jersey, the State Police reported on Monday night they had responded to 661 accidents and come to the aid of 1,050 motorists since Sunday afternoon.

In a blow to the pandemic response, Mr de Blasio also announced on Sunday coronavirus vaccination appointments for yesterday had been postponed amid the storm.

New York City isn’t the only affected place by Storm Orlena, and she is expected to continue in her path towards northern states.

Parts of New England are also braced for more than a foot of snow by the time the storm reaches its expiry date on Wednesday evening.

Rates of up to two inches an hour are possible in localised areas, in particular Massachusetts and southern New Hampshire.

In northeastern Pennsylvania, a shooting stemming from a fight between neighbours over snow shovelling left three people dead.

Luzerne County District Attorney Stefanie Salavantis said a husband and wife were shot to death in the street outside their home just before 9am on Monday morning.