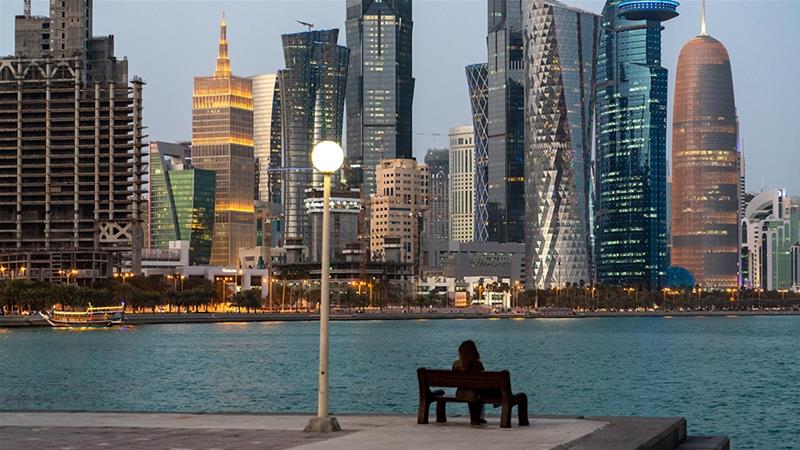 High-profile Saudi Twitter users and media outlets have again touted rumours of a coup attempt in Qatar, in what observers dubbed a “tiresome” attempt at spreading disinformation reminiscent of 2017, when four Arab nations announced a blockade against Qatar.

Many Twitter accounts retweeted a video on Monday claiming gunshots were fired in the Qatari city of Wakrah, alleging that a coup attempt was under way against the Qatari royal family.

Among the prominent Twitter users who shared the video was Saudi journalist Adwan al-Ahmari, who works for the Independent Arabia newspaper. He later deleted the tweet.

The videos were shared after an article released by the Saudi Gazette on Sunday alleged that a member of the Qatari ruling family, Mubarak Al Thani, had called on the emir of Qatar to step down.

This followed after Saudi-owned Al Arabiya, Sky News Arabia, and BBC Arabic reported on April 28 the alleged killing of a Qatari dissident in a Doha prison. All outlets have since deleted their reports.

Observers quickly debunked the tweets and articles as part of a campaign aimed at discrediting the Qatari ruling family and justifying Saudi regional policy towards its Gulf neighbour.

“What makes it obvious is that initially there were no quality accounts promoting the story and that the main bits of evidence, upon which the story was based, were doctored,” Jones said.

[Thread] 1/Incredible, this account is showing a video (put sound on) of gunshots being fired in Qatar to support coup rumours. However, the video was clearly lifted from a Qatari account who opened the window to mock the rumours. The person then dubbed sounds of gunshots on it. https://t.co/asmVHiWAb8

According to Jones, the first video shared on Twitter – shot during daylight hours with accompanying audio of gunshots – was a doctored version of a video posted by a Qatari citizen called Rashed al-Hamli, in which he mocked the claims that there was a coup or gunshots.

In the video shared by al-Hamli on Twitter on Monday morning, the same footage was available as the one posted by the Saudi journalist, but with different audio.

“They say there are gunshots in Wakrah,” the narrator in the video can be heard saying. “Let’s see if there are gunshots. Where are these gunshots,” he asks, before confirming, “There are no gunshots. Even my brother is still sleeping.” Al-Hamali then says “maybe it’s the birds”, before ending the video with a laugh.

According to Jones, the original audio in the video shared by al-Hamali was later doctored, with his speech replaced by audio of gunshots, and promoted by the Saudi Twitter users.

Jones said the other video, which was shared by Gulf news platforms, was actually recorded in Riyadh, the capital of Saudi Arabia, in April 2018.

“What makes clear that this is a disinformation campaign is that some of the most influential accounts promoting the story were key Saudi influencers, including a presenter on Saudi News Arabi and a Saudi sports commentator,” he told Al Jazeera.

“The campaign [in reference to the recent videos] is very similar to what we had in 2017,” said Jones. “Similar to three years ago, there was talk of making another Thani [Qatari ruling family] the ruler of Qatar, and there was a hashtag promoting him amid rumours of a coup attempt,” he said.

“With the anniversary of the blockade coming up, this might be a way to legitimise the foreign policy of Saudi Arabia and to rile up the Qataris, making it seem as though there was good reason for the 2017 siege and that the ruling family in Qatar is not popular,” he explained.

The four countries’ national airlines suspended flights to and from Qatar, and flights from Qatar were banned from transiting through their airspace.

In a post on Twitter, Andreas Krieg, a lecturer at the School of Security Studies at King’s College London, described the campaign as “a tiresome episode that needs to be resolved”.

According to Krieg, the campaign also appeared to be a Saudi attempt to distract attention from domestic issues in the kingdom.

Not only is this due to the 3rd anniversary of the #GulfCrisis in the Islamic Calendar, it is a diversionary measure in #Saudi to distract from internal problems (#COVID19, oil price, #Yemen) – meanwhile #MbS is preparing the ground for an official handover of power soon https://t.co/Zlsw0VC5dD

Commenting on two tweets, one which alleged that “a civil war” was under way in Qatar and another that spoke about a replacement for the emir of Qatar, Krieg said in a tweet: “… it is a diversionary measure in #Saudi to distract from internal problems (#COVID19, oil price, #Yemen) – meanwhile #MbS [Saudi crown Prince Mohammed bin Salman or MBS] is preparing the ground for an official handover of power soon.”

A few days after the blockade was imposed, the four blockading countries issued Qatar with a list of demands, which included the closure of the Doha-based Al Jazeera Media Network, the shuttering of a Turkish military base in Qatar and a reduction in Qatar-Iran ties, to resolve the crisis.

Around the same time, there were similar false claims made over Twitter of a coup being under way in Qatar as well as claims that another member of the ruling family, Abdallah Al Thani, would be the future ruler of the country.

The blockade has caused a rift in Gulf politics and has effectively split the Gulf Cooperation Council (GCC).