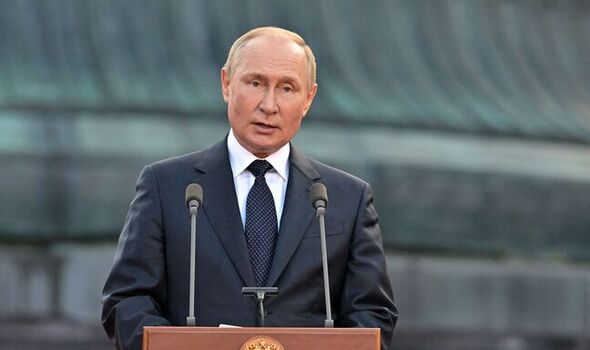 The Russian president’s call to expand the war in Ukraine sparked an unprecedented backlash, with 1,335 people arrested in violent protests.

Some furious demonstrators were heard screaming: “Send Putin to the trenches.”

Satellite pictures showed a huge traffic jam all the way from Moscow to St Petersburg and to the border of Finland as tens of thousands tried to flee Russia.

Many flights had sold out in minutes – and soon, flying from Moscow to Istanbul or Dubai soared to as much as €9,200 (just over £8,000) for a one-way economy class fare.

As well as the many arrests in Moscow, and Putin’s home city St Petersburg, dozens were seized in Irkutsk and other cities, as well as Yekaterinburg.

Moscow prosecutor’s office warned that inviting people online to unauthorised street protests, or taking part in them, could incur up to 15 in jail. anti-war group which called for protests, named its action “no to mogilisation” – a play on words, as “mogila” in Russian means grave.