Islamabad, Pakistan – Pakistan’s army chief has ordered an inquiry into allegations that a provincial police chief was forcibly taken from his home by paramilitary forces and pressured into arresting the son-in-law of former Prime Minister Nawaz Sharif.

The inquiry comes as provincial police chief Mushtaq Mehar and more than 50 other senior police officers in the southern province of Sindh, where the arrest was made, applied to go on leave on Tuesday, referencing the incident in virtually identical leave application letters.

“[The army chief] has directed Commander Karachi Corps to immediately inquire into the circumstances to determine the facts and report back as soon as possible,” read a brief military statement released on Tuesday night. 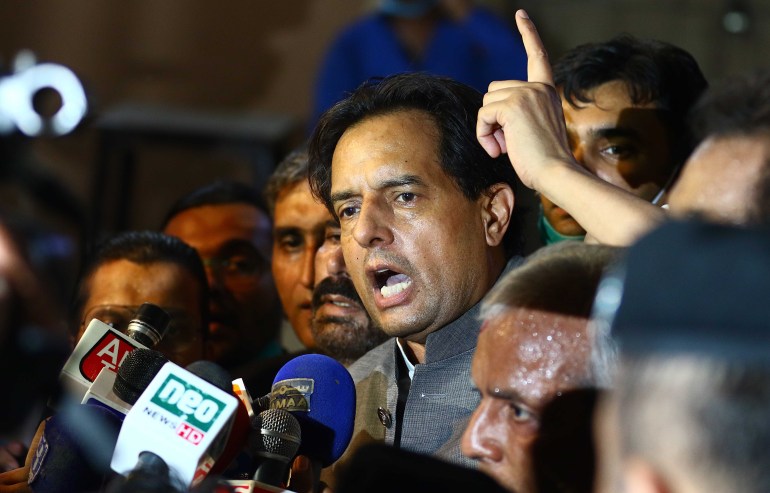 Muhammad Safdar outside a Karachi court after he was granted bail on Monday [Shahzaib Akber/EPA]On Wednesday, the provincial police department said the decision by the senior leadership to go on leave had been “deferred” for 10 days, pending the outcome of the inquiry.

Muhammad Safdar, the husband of former three-time PM Sharif’s daughter, Maryam Nawaz, was arrested in the early hours of Monday morning after police broke into his hotel room to take him into custody. He was released on bail hours later.

Safdar was accused of engaging in political activity at the mausoleum of Pakistan’s founder, Muhammad Ali Jinnah. On Sunday, he had led a charged crowd of dozens raising slogans and chants against Prime Minister Imran Khan’s government during a visit to the mausoleum.

That visit came ahead of a major anti-government demonstration by the Pakistan Democratic Movement (PDM), of which Sharif’s Pakistan Muslim League-Nawaz (PML-N) party is a part.

The rally attracted tens of thousands of protesters in Karachi, the capital of Sindh, on Sunday. 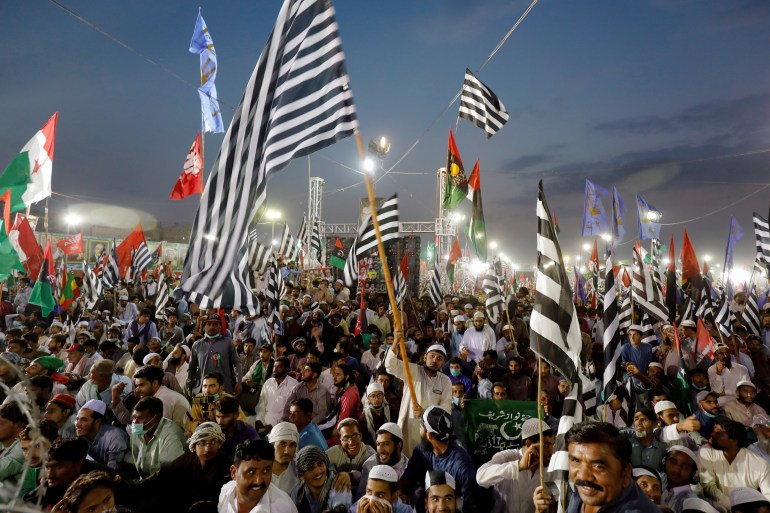 Allegations of ‘manhandling’ of police officer

A senior official, speaking on condition of anonymity given the sensitivity of the matter, confirmed the incident to Al Jazeera, saying soldiers from the paramilitary Pakistan Rangers were sent to the police chief’s home after he initially refused to arrest the politician.

“At 4am [on Monday], when [the intelligence agencies] got quite frustrated that they would not be able to [arrest Safdar], they went in with about nine paramilitary Rangers vehicles to the inspector general’s house to force him to come to a meeting with the [intelligence services] sector commander, to insist that he should authorise [the arrest],” said the official.

“There was no manhandling, to my knowledge, but it is disrespectful, to say the least, to send the Rangers to his house [and] to then force and coerce him.”

Launched last month, the PDM has so far held two large anti-government demonstrations, first in the central city of Gujranwala on Friday and then in Karachi, the capital of Sindh province, on Sunday. Further protests are planned for the coming weeks.

The alliance, a group of 11 major opposition political parties, has been marked by its blunt rhetoric with regards to the alleged political role of the country’s powerful military, which has directly ruled Pakistan for roughly half of its 73-year history.

In an unprecedented speech at the rally in Gujranwala, PML-N chief Sharif, who was removed by the Supreme Court in 2017 and subsequently jailed on corruption charges, named army chief General Qamar Javed Bajwa as being “responsible” for the toppling of his government.

“General Qamar Javed Bajwa, you packed up our government, which was working well, and put the nation and the country at the altar of your wishes,” he said, in comments that were censored on all Pakistani television channels based on government orders.

Sharif also accused Bajwa of pressuring the judiciary and the country’s anti-corruption watchdog to pursue cases against opposition leaders, and of installing Khan in the controversial 2018 elections.

Under Khan, the military has taken an overt role in governance, with senior serving and retired officials appointed to key positions in the security, health, telecommunications and other sectors.

A recently retired lieutenant-general, Asim Saleem Bajwa, serves as the chief of the authority that manages the $60bn China-Pakistan Economic Corridor (CPEC) projects.

The government has dismissed the opposition’s protest movement as an attempt to deflect the ongoing anti-corruption drive, which has seen dozens of prominent politicians jailed as investigations into corruption allegations against them continue.

Sharif was convicted and sentenced to 10 years in prison by an anti-corruption court in July 2018, days ahead of the polls. He is currently out on medical bail and has been addressing PDM rallies by video link from the United Kingdom. Appeals in his case continue.

On Wednesday, government ministers dismissed the move to go on leave by the Sindh provincial police leadership as being driven by the opposition PPP, which holds power in Sindh and to whom the police report.

“There is no doubt that the Sindh police officers went on leave at the behest of [the PPP],” said Science Minister Fawad Chaudhry. “Attempts and conspiracies to degrade institutions will have to be thwarted.”